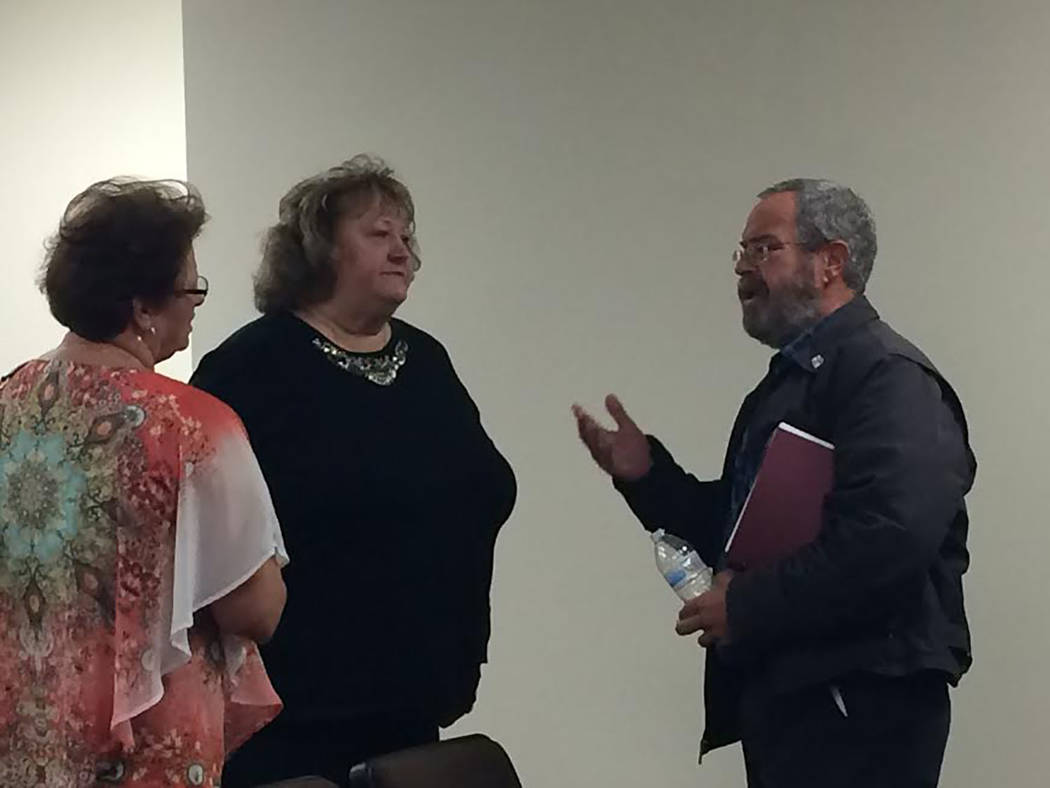 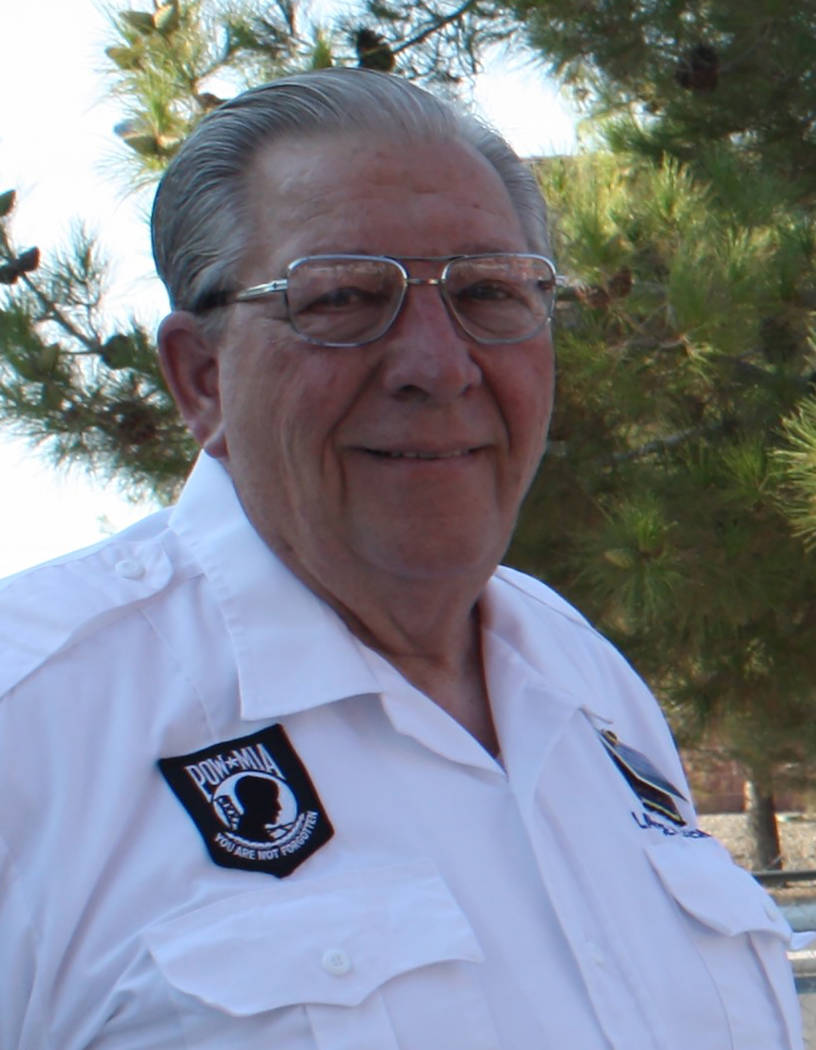 Robin Hebrock/Pahrump Valley Times Lance Roy Schaus of the Independent American Party is running for Nye County Treasurer, the post that his only opponent, Republican candidate Pam Webster, is resigning from. 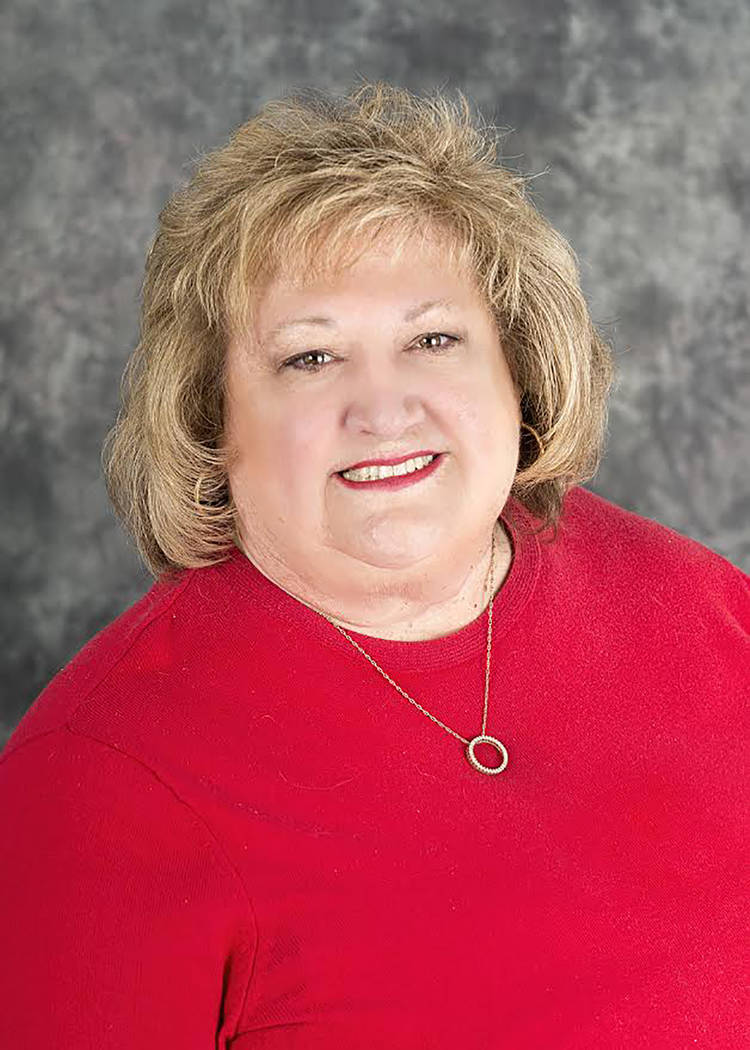 Special to the Pahrump Valley Times Pam Webster has been serving as the appointed treasurer since January when elected treasurer Richard Billman tendered his resignation.

Nye County Interim Treasurer Pam Webster has decided to step down from her post, citing medical issues in her family.

In a letter to Nye County Manager Tim Sutton and the Nye County Commission, dated September 11, Webster wrote, “Please accept this letter as my notice of resignation from the position of Nye County treasurer. My husband’s health has created requirements on my time that prohibit me from spending adequate time in the office. The effective date of my resignation is October 2, 2018.”

Webster has been serving as the appointed treasurer since January when elected treasurer Richard Billman tendered his resignation. Billman’s four-year term is set to conclude at the beginning of 2019 and Webster was selected by the commission to hold the job until the term expires.

At the time that she was appointed, Webster said she did not intend to run for the office of treasurer in the 2018 election. However, she ultimately changed her mind and threw her hat in the political ring, filing as a Republican candidate in March.

Webster secured the Republican nomination with 35.20 percent of the vote to her opponents’ 26.17, 25.50 and 13.13 percent, respectively. With the win, Webster continues on to the general where she is against Independent American Party candidate Lance Roy Schaus.

Despite the fact that Webster has now announced that she is no longer able to perform the duties of treasurer, the notice came too late to alter the 2018 general election. Webster’s name is still required by Nevada law to appear on the ballot this November, regardless of her resignation.

With such a complex situation, many residents will be asking themselves where the office will go from here and what will happen following the election.

According to Nye County Public Information Officer Arnold Knightly, the Nye County Commission will need to appoint someone to carry out the remainder of Billman’s term, which the commission will likely do at its next meeting, set for October 2.

Following the general election, if Schaus, the only other candidate for treasurer, secures the win, he will take over the office as normal in 2019.

However, in the event that Webster wins the general election, the choice of who will hold that office will be in the hands of the commission, which would then have the responsibility of selecting an appointee to fulfill Webster’s four-year term from 2019 to 2022.