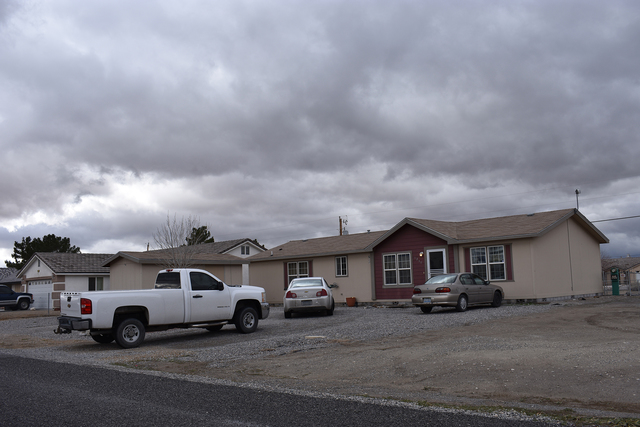 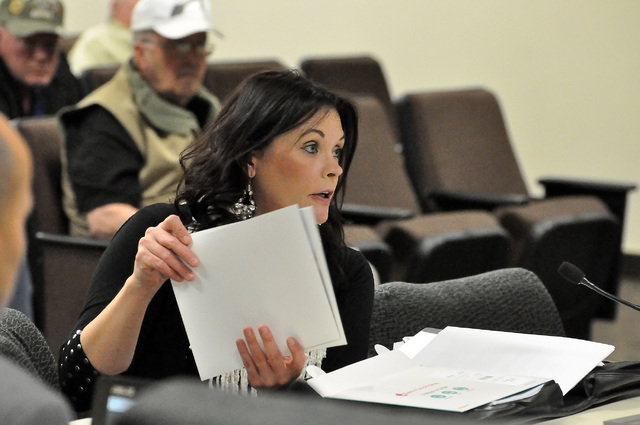 Jacqueline Lawson from Pahrump received a conditional use permit that will allow her to operate a day care out of a residential area after Nye County Commissioners reversed a denial made by the Pahrump Regional Planning Commission. Horace Langford Jr. / Pahrump Valley Times

A woman who wants to operate a day care in a residential area of Pahrump received a conditional use permit from Nye County commissioners on Tuesday.

The decision reverses a denial Dec. 14 by the Pahrump Regional Planning Commission.

Jacqueline Lawson was issued a conditional use permit to operate a day care on Yosemite Avenue with several stipulations that included improving the drop-off area, making a sidewalk to the front door of the facility and limiting the number of children to 20. She originally requested a permit for up to 40 children.

Lawson appealed the planning commission denial stating that there were challenges to operating a commercial business in a residential area.

Lawson, who wants to operate the business out of a single-family residence, stated in the documents that “the proposed use will be harmonious with the existing uses in the vicinity, and will not bring additional disturbing factors to the neighboring properties.”

Lawson said that the number of free-standing child care facilities are “completely inadequate” to serve the needs of Nye County families. The problem has forced many families back into the welfare system based on the lack of affordable, quality child care, she said.

“For this reason, I am requesting a (conditional use permit) to help minimize my overhead costs in order to pass that onto families and provide dependable, reliable care for the children in our community,” she said in the documents following the Dec. 14 meeting.

County Commissioner Butch Borasky asked Lawson to encourage the parents to bring their children in and out by using Highway 372, to the facility that would be located on Yosemite Avenue, to minimize the traffic in the neighborhood.

Darrell Lacy, the county planning director, said that even with the approval, Lawson will have to comply with the American With Disabilities Act which will require some improvements to drop-off areas as well as handicap access.

The conditional use permit will go away if the property is sold, according to another requirement. If the applicant is not able to meet the requirements for a commercial business, the permit will also go away.

Some said they were concerned about having a commercial enterprise in a residential neighborhood.

Rob Howard, one of the neighbors, said the proposed operation will increase the traffic on the street tremendously.

“We just don’t feel that it’s necessary for a day care and all the traffic and everything else to come to our district,” Howard said.

Another neighbor, Joseph Talbot, said he was concerned about having a commercial enterprise in a residential area because of the traffic and noise.

“It’s going to be a nuisance. The people who have properties to the side, the lots, they are never going to be able to sell those lots now,” Talbot said.

Others were supportive of the proposed business.

“I understand they don’t want a day care in a residential area … but Pahrump is growing and I just hope you realize that this is a very important thing,” Musall said.

The decision made by the Nye County commissioners is final. The next step in the process is inspections by the Nevada State Child Care Licensing and State Fire Marshall, according to documents submitted by Lawson.