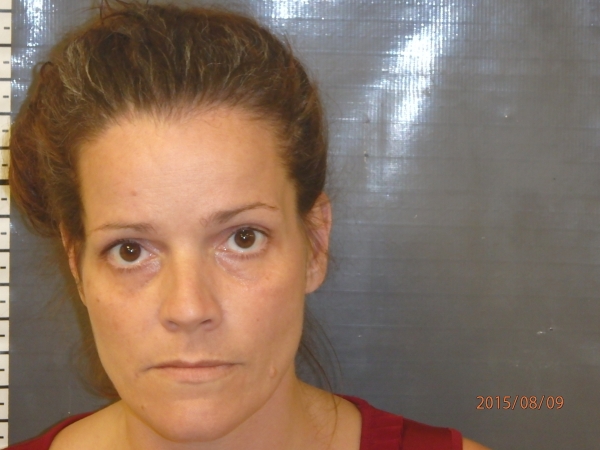 The woman who allegedly stole and killed her neighbor’s dog with the aid of her son had her bail increased during her initial court appearance Wednesday.

Maria Furtado, 40, had asked the judge to be released to “go home and take care of my kids.”

Instead, Judge Ron Kent increased her bail by $10,000 to $25,000 after the the prosecution argued that Furtado poses a danger to the community and her children, including her 15-year-old son who she allegedly told to shoot a neighbor’s already wounded dog.

“There are concerns that if she were released she would be returning to the home where the two minor children that she’s being charged with abusing and neglecting are residing, and that would be a problem,” said Christi Kindel, representing the Nye County District Attorney’s Office.

Furtado was arrested Sunday, Aug. 9, three days after she allegedly removed a neighbor’s six-month-old dog from a leash in their yard, drove with her 15-year-old and 3-year-old children into the desert where investigators say she shot the dog twice before telling her older son to shoot the still-alive canine.

Furtado was arrested on a felony warrant and is facing preliminary charges of animal cruelty, two counts of neglect/child abuse, and petit larceny.

The Department of Family Services is also looking into the case.

According to the arrest report, Furtado shot the dog after it allegedly killed a duckling she owned.

On Wednesday, Kindel described in detail how Furtado drove to a remote area near Front Sight off the Tecopa turnoff with the intent of killing the puppy.

Furtado walked onto the neighbor’s property, removed the animal’s leash and took the puppy with her, Kindel said.

The boy then took his brother back to the car and walked to his mother who was holding the dog in the air by its leash as the dog was yelping, bleeding from the head and trying to go after Furtado.

The 15-year-old also told police that when he and his mother got back to the car, the 3-year-old was overheard saying “gun shoot dog” which police said the child had witnessed the shootings.

The dog’s owner, Skye Turpin, said she has known Furtado for close to two years, said her boyfriend’s children would regularly play with Furtado’s kids and dogs in their neighborhood.

She described Furtado’s demeanor as odd when they first met.

“She seemed a little off and she talks a lot,” she said. “I don’t know how to explain her because she’s just out there. Last week my boyfriend’s kids went over to her house to play with her kids which is something they usually do.”

Then Turpin then gave her account of what happened last Thursday afternoon, just hours before the dog was shot.

She noted her boyfriend offered to buy Furtado another duck, but said Furtado had already her mind made up about the dog’s fate.

“The daughter came over yelling and saying you better get over here because my mom is freaking out because the dog attacked her ducks and one of the ducks was killed,” she said. “She was holding the dogs hostage and said she was going to kill the one dog that night. Later on she called us and said she wanted $4,000.”

Turpin said Furtado eventually brought the puppies back the next morning, but when the dogs began fighting one another, she said they had to separated, and the dog was placed on a leash in the front yard, where Furtado later stole the dog.

Several hours after the shooting, the 15-year-old told his dad about the incident.

During Wednesday’s hearing, Kindel said new information she received that morning indicated Furtado, via social media, put out an alert for a missing 6-month-old puppy, hours after it was killed.

“She posted on Facebook, a missing poster of the dog with words such as ‘the family is devastated and inquiring whether anybody could help find the puppy.’ Not only did she commit the crime, she involved her children in the crime and then she attempted to conceal the crime.”

Local resident Robert Wannberg said several local social media groups supporting animal rights are following the case until its conclusion. He was pleased the judge raised the bail and did not release Furtado.

“This is one of the worst cases of animal abuse we have seen in Pahrump and even Nevada,” he said. “We have up to 6,000 members. We’re going to push for the highest bail, and the highest sentence due to the premeditation of the children being involved. There’s six or seven similar groups in town and the Nevada Voters for Animals are following this case in Las Vegas.”

Wannberg also described photos taken of Duke after he was killed.

“It wasn’t just shot, it was into pieces,” he said. “To have this young child being forced to do that and a three-year-old witness it, they are probably going to be damaged for life, and they might require some kind of therapy.”

Duke’s owner said her dogs never showed any kind of aggressiveness as puppies.

Furtado remains in custody at the Nye County Detention Center and is scheduled to return to court on Aug. 19.