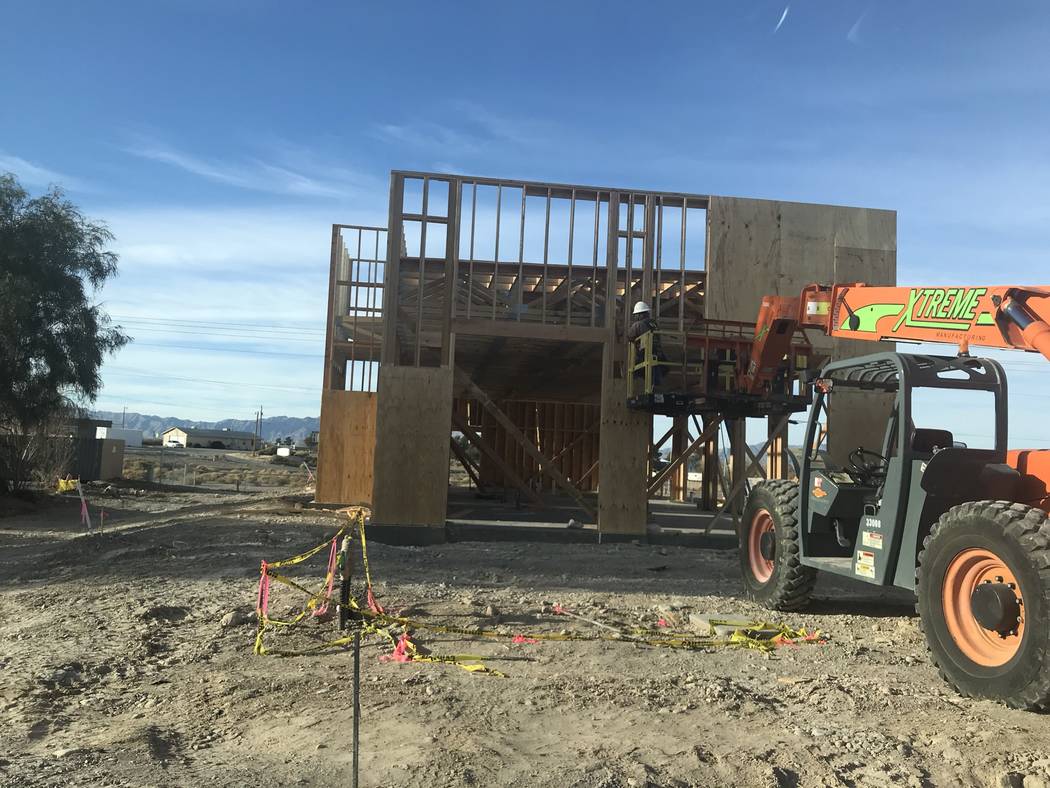 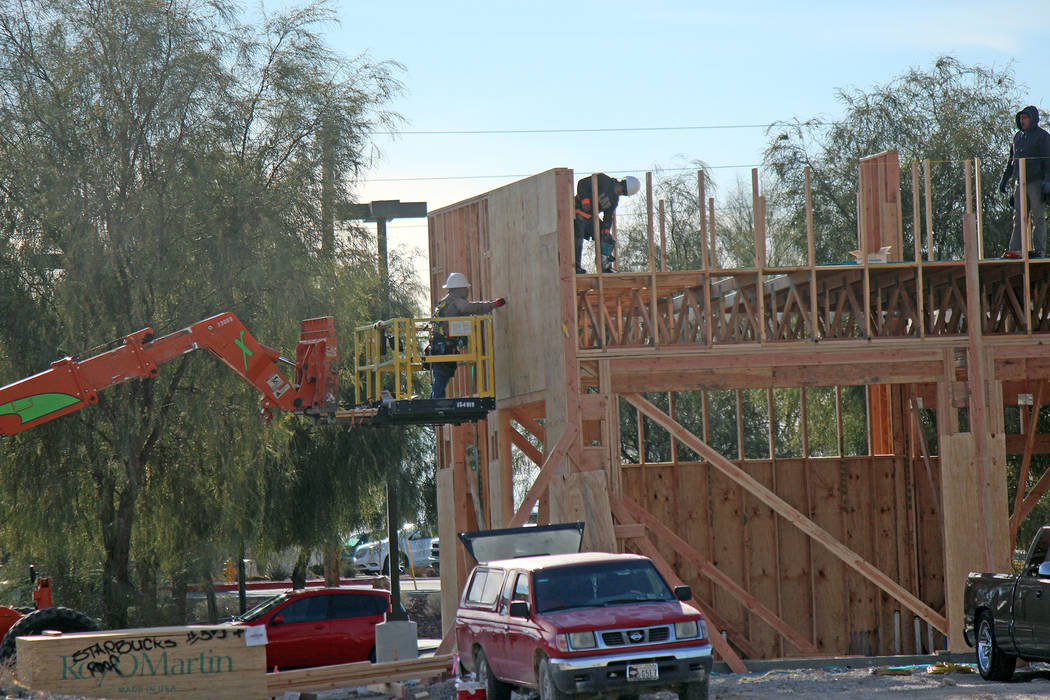 Jeffrey Meehan/Pahrump Valley Times A construction crew works on the future site of a Starbucks coffee shop on Dec. 18, 2018. The more than 2,000-square-foot structure sits at 460 S. Highway 160.

Jeffrey Meehan/Pahrump Valley Times A new Starbucks coffee shop was constructed at 460 S. Highway 160. Construction got underway in the latter part of 2018. 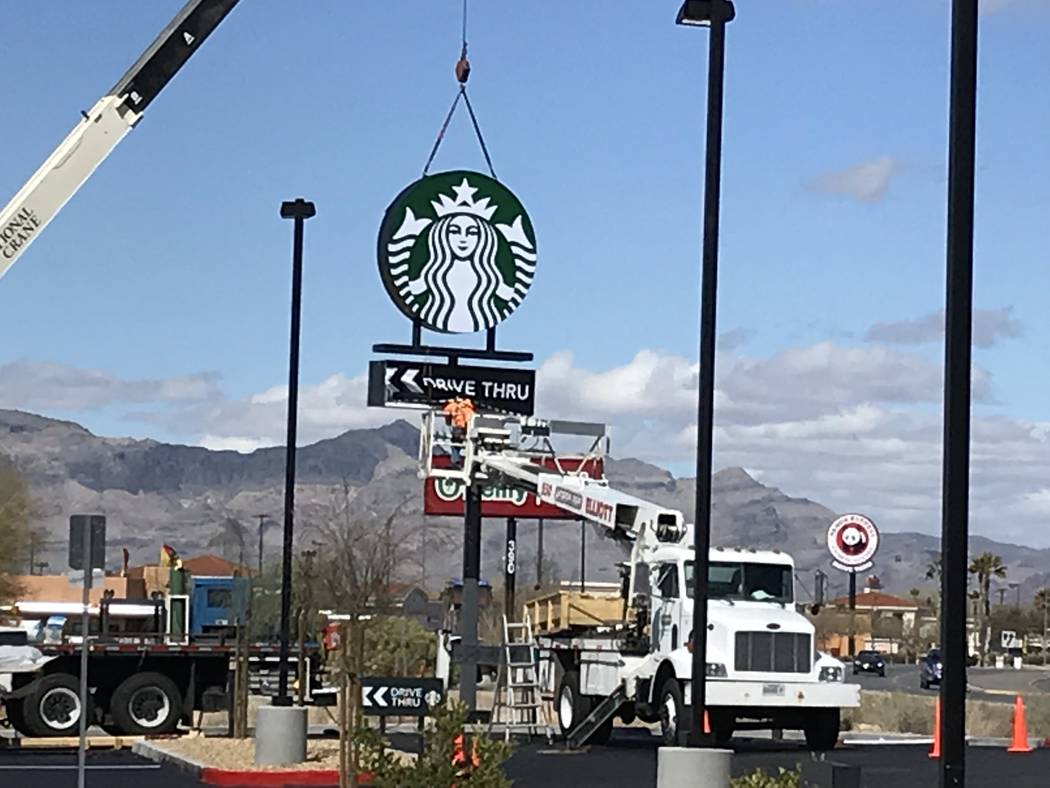 Terri Meehan/Special to the Pahrump Valley Times A sign was raised at the new Starbucks location under construction in Pahrump on March 7, 2019. The new location of the coffeehouse opened its doors at the end of March. 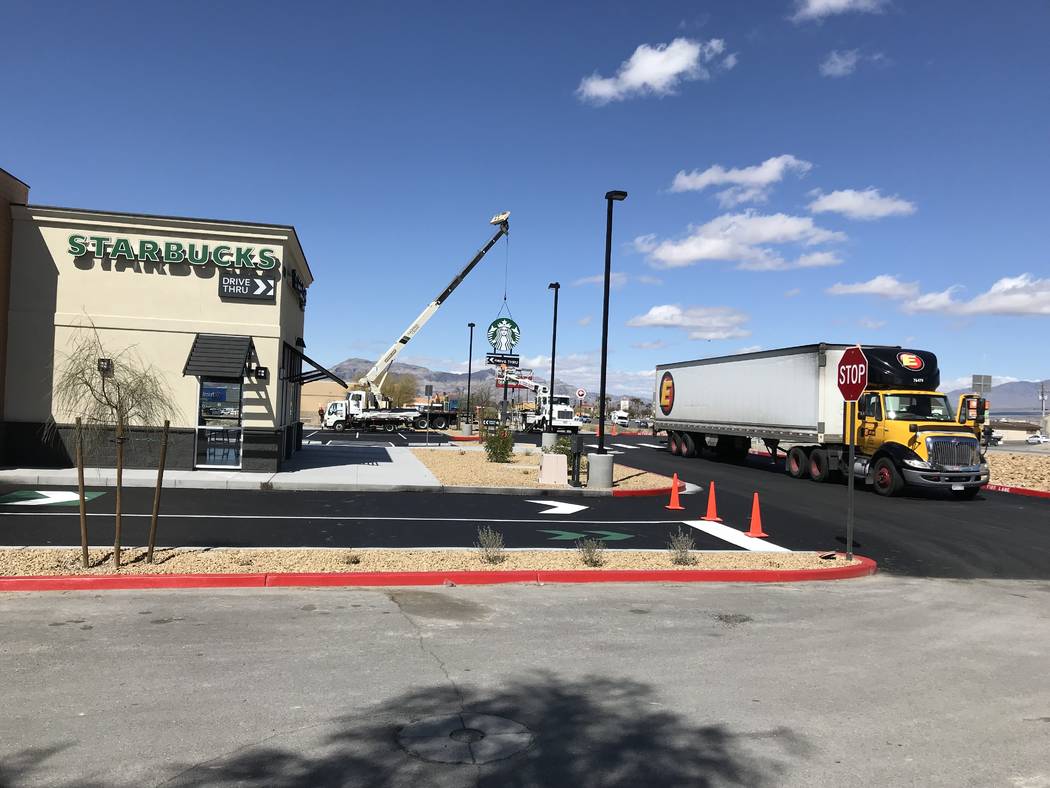 Terri Meehan/Special to the Pahrump Valley Times A new Starbucks at 460 S. Highway 160 opened its doors on March 25, 2019. Construction began in 2018 at the site that once housed Java Junkies.

The Pahrump area welcomed its first drive-thru Starbucks location in the early part of 2019.

A new, roughly 2,200-square-foot stand-alone Starbucks location opened at the end of March 2019 at 460 S. Highway 160 in Pahrump. Construction began in the latter half of 2018 on the new coffeehouse—Pahrump’s new, and only, drive-thru Starbucks option at the time of opening.

Information on Pure’s website stated the company has done multiple build-to-suit projects for Seattle coffee maker Starbucks Corp. and other national tenants in Las Vegas and in several states across the country.

The general contractor on the project was listed as Las Vegas-based KC Maintenance Inc., according to signage at the construction site on Highway 160.

Construction on the new Starbucks location began in 2018 following the purchase of the land that formerly housed Java Junkies.

Signage was raised on March 7 at the Highway 160 location with construction cranes hoisting a large sign brandishing the Starbucks logo.

Multiple attempts to reach Starbucks Corp. or Pure by a reporter from the Pahrump Valley Times have been unsuccessful.

Pure entered into a lease agreement with Starbucks Corp. for the new store on Highway 160.

Documents filed with the Nye County Recorder’s Office show a memorandum of lease between the landlord, Highway 160-Pure LLC, and Starbucks Corp., the tenant. The lease terms consist of a 10-year initial term with options for Starbucks on future terms, according to the documents.

The lease covers the 2,200-square-foot commercial property at 440 and 460 S. Highway 160 in Pahrump, according to the documents with the recorder’s office.

When Starbucks opened its first corporate location in Pahrump in late March 2019, the company was experiencing growth.

According to Starbucks’ fiscal 2019 first quarter results (period ending Dec. 30, 2018), the company opened 541 net new stores across all segments in the first fiscal quarter of 2019, globally. Over two-thirds of those openings were outside the U.S. and roughly 50 percent were licensed locations, according to the results.

Those 541 net new stores gave Starbucks a 7 percent increase in its footprint across the globe over the prior year, according to the company’s financial statements. Starbucks had 29,865 stores at the end of the first quarter for fiscal year 2019.