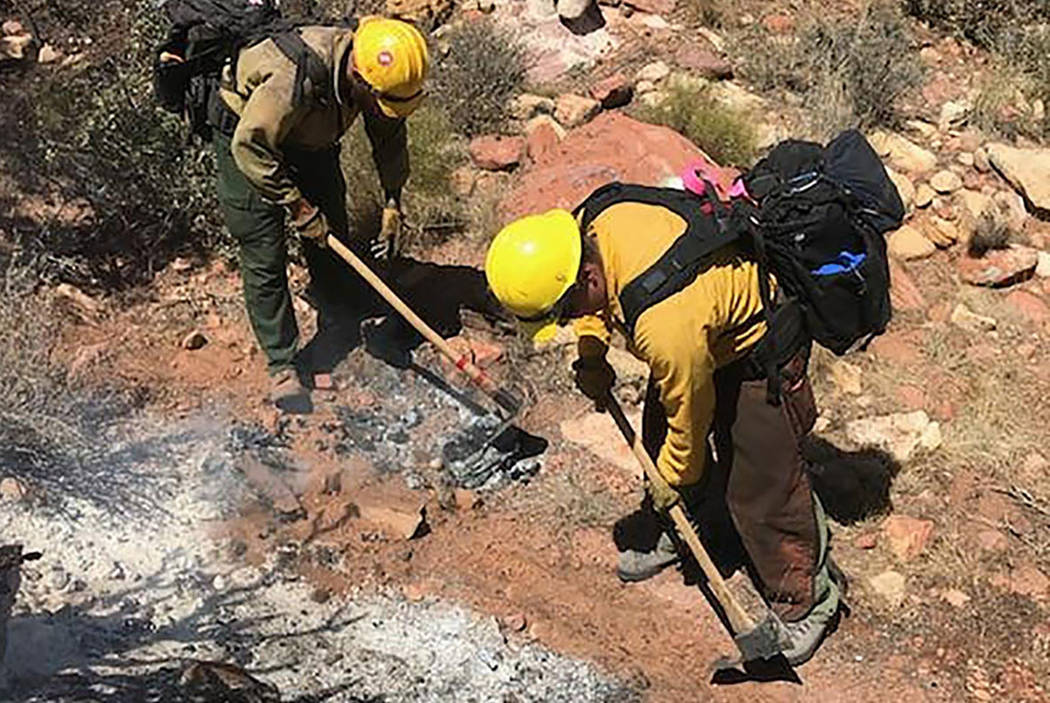 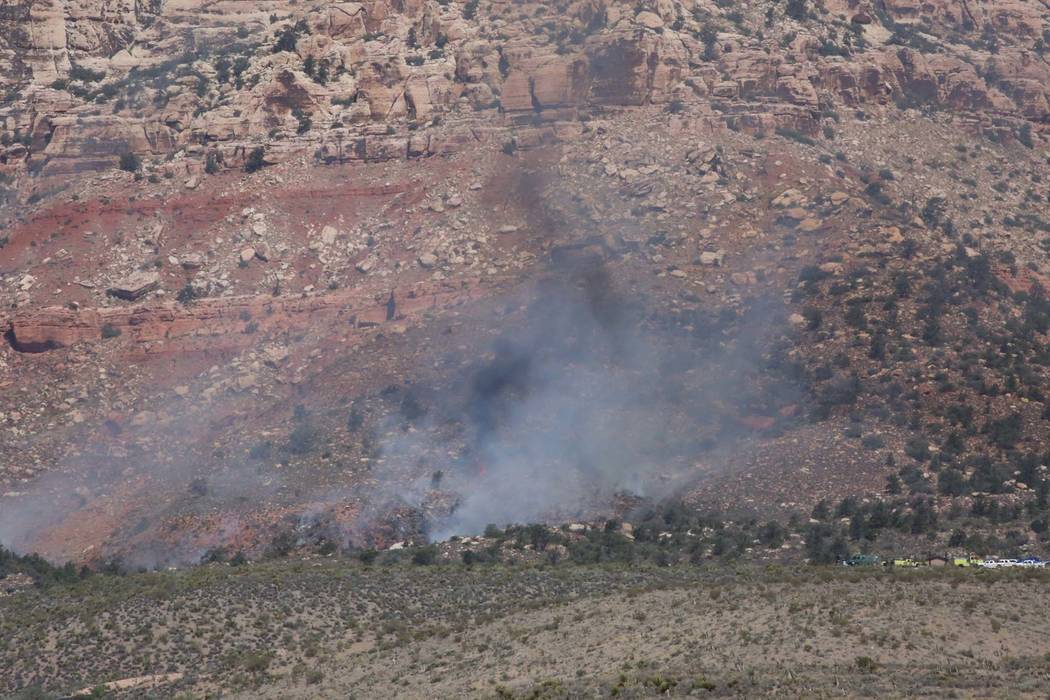 Bizuayehu Tesfaye/Las Vegas Review-Journal Smoke from a wildfire is seen at the Pine Creek trail, off the 13-mile scenic loop of the Red Rock National Conservation Area on Friday, June 22, 2018, in Las Vegas. 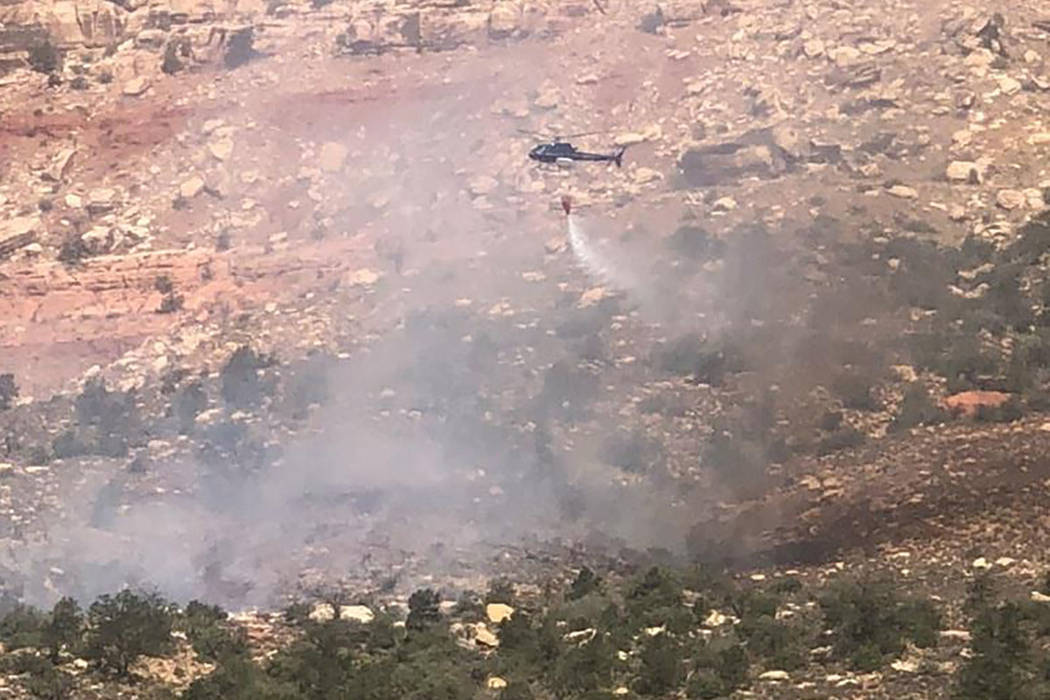 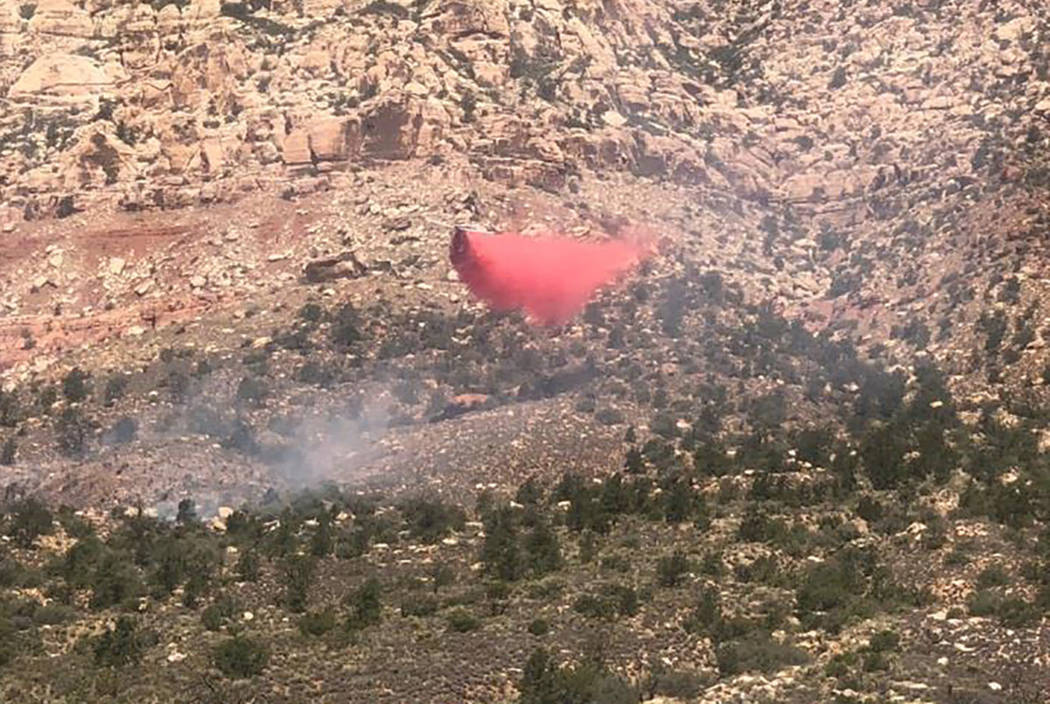 A fire that consumed 20 acres in Red Rock National Conservation Area over the weekend was fully contained Sunday night.

The fire that broke out near the north side of Pine Creek on Friday morning was contained just before 7 p.m. on Sunday, U.S. Bureau of Land Management spokeswoman Kirsten Cannon said in an email.

The perimeter of the total affected area stretched about 91 acres because of large areas that went unburned, officials have said.

Red Rock’s scenic loop was not affected by the blaze, but the Pine Creek parking lot and nearby trails were closed until Monday. BLM officials will investigate the cause of the fire.

As of Saturday, resources included firefighters on six engines and one hand crew.

Smoke and potentially elevated levels of ozone from the fire prompted county officials on Sunday to issue an air quality advisory.

According to the Clark County Department of Air Quality website, the levels of smoke and ozone were not at levels the department considers “unhealthy for sensitive groups.”

Higher levels of ozone and smoke can cause issues for young children, elderly people and those with heart and breathing problems, according to officials.