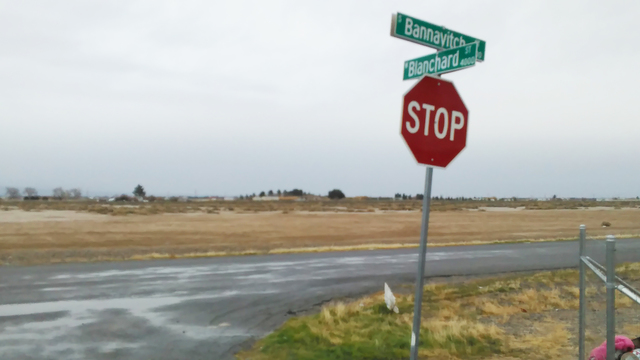 Animal control officers have identified two mountain lions on the north and south ends of the valley. The big cats have killed pets and livestock in recent days in the area of Bannavitch and Blanchard streets on the north side of town as well as Kellogg Road and Paula Drive on the south end. Selwyn Harris / Pahrump Valley Times

Recent mountain lion sightings have prompted the Nye County Sheriff’s Office and Animal Control to issue a warning to residents on the north and south end of the valley.

Animal Control Officer Levi Gregory said the large cats are responsible for the deaths of at least two domesticated animals in recent days.

“There are at least two female mountain lions that we have identified in the valley,” he said. “One of them has a crooked jaw because she got kicked by a horse, so she doesn’t mess with horses. Both have been spotted on the south end of town in the area of Kellogg Road and Paula Street, and the other is on the north end of town in the area of Bannavitch and Blanchard streets.”

Gregory said residents should be mindful of their pets and livestock until the cats are located.

“Last month they killed a goat and a dog was killed just a couple of days ago,” he said. “They did not consume the animals because apparently they got scared off. Pet owners in the valley should be very concerned about the safety and welfare of their animals because we know the mountain lions have taken chickens in the past and they’ve been known to take goats.”

Additionally, Gregory said animal control has identified another mountain lion on the eastern side of the valley.

Pets and livestock aside, Gregory said residents also need to be wary of the cats, as they also pose a danger to humans.

“Luckily, we have never had an attack from a mountain lion on a human being, but that’s just because we’re lucky,” he said. “You never want to put it past a mountain lion to attack a human because it’s been known to happen in California. Just because it hasn’t happened here, doesn’t mean it won’t, which is why it’s important for people to be on their guard, watch their property and watch their animals. If anyone does see a suspicious large cat, they should call 911 immediately.”