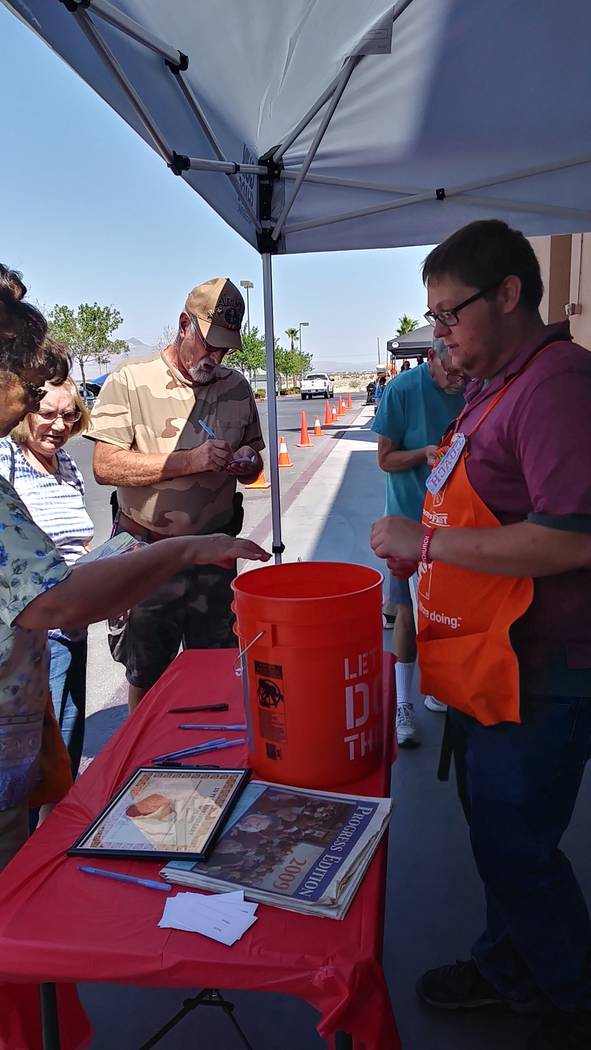 Charlotte Uyeno/Pahrump Valley Times Pahrump residents and other signed up for a drawing on Aug. 18, 2018 at Home Depot in Pahrump. Eventgoers enjoyed free hot dogs, drinks and other food during its 10-year anniversary celebration. 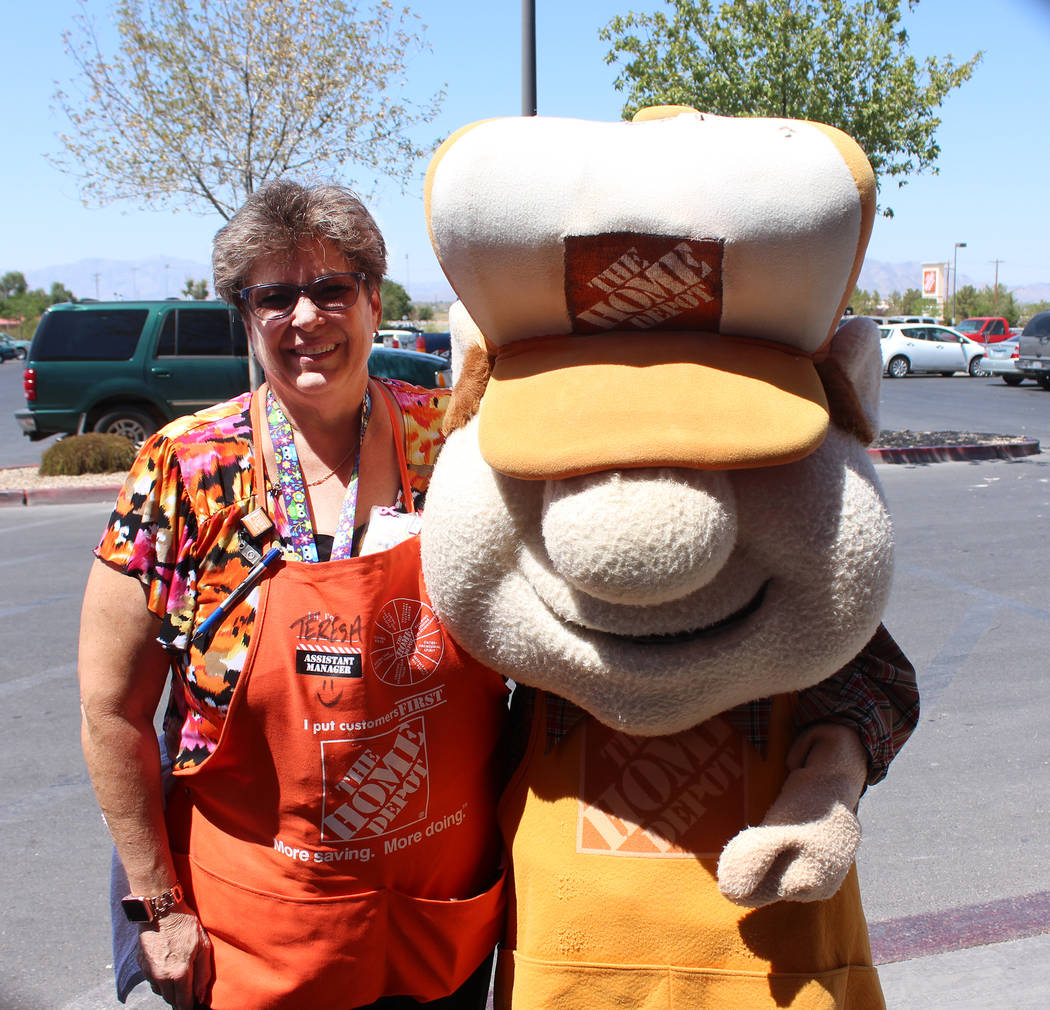 Jeffrey Meehan/Pahrump Valley Times Teresa Aukeman, store manager at Home Depot in Pahrump (left), stands next to the retailer's mascot, Homer, on Aug. 18, 2018. The store was celebrating its 10th year in the town. 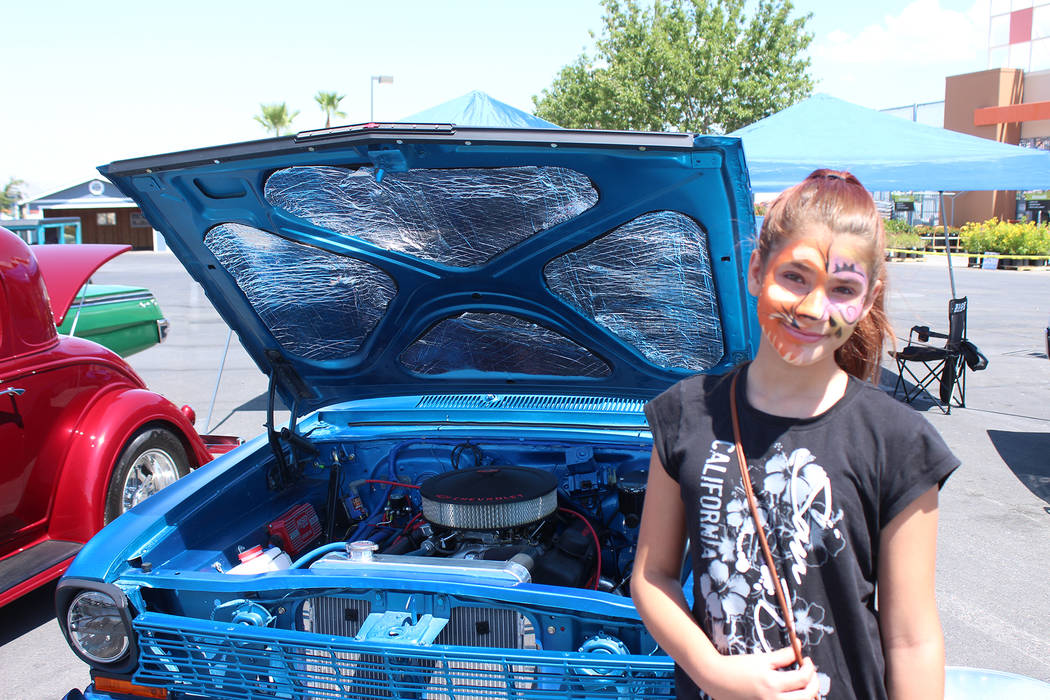 Jeffrey Meehan/Pahrump Valley Times A classic car show and face painting was part of the 10-year celebration of Home Depot's arrival in Pahrump. The Saturday affair took place in front of the store at 310 N. Highway 160.

The Home Depot celebrated its 10th year in the Pahrump area on Saturday.

Employees of the decade-old store passed out hot dogs, drinks and other choices on Saturday to shoppers and others in front of the store at 301 N. Highway 160.

“It’s a great time,” said Teresa Aukeman, store manager at Home Depot in Pahrump, during the celebration. “It’s a way to thank the town for 10 years that we’ve been here.”

About halfway through the roughly three-hour event, Aukeman said she’d served up about 300 to 400 hot dogs and four to five cakes.

Aukeman was one of several employees still working for the retailer who started the day the store opened on Aug. 15, 2008.

A table was set up near the front entrance of the store where several framed certificates lay — each with the name of a person who was there from the beginning.

An hourly drawing was held for a prize the retailer was giving away. One of the prizes was a large tool chest, among other giveaways.

Eventgoers also enjoyed face painting, a classic car show and live music, along with other festivities.

Cliff Carlson had his classic Chevy truck on display at the event, which sat alongside nearly two dozen other vehicles that sat out in front of the store on Saturday. Carlson said his son, Cliff Jr., is an employee at Home Depot.