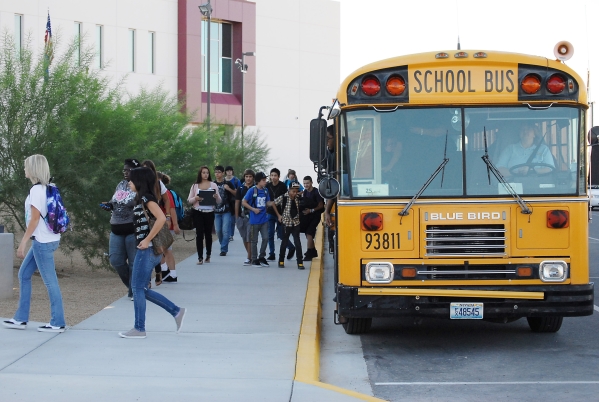 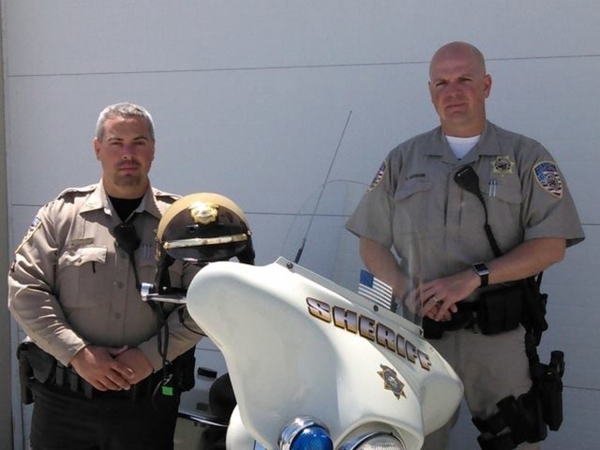 With school starting next week, employees at the district’s transportation department were busy on Wednesday answering phones and making last-minute adjustments to prepare for Monday morning’s drive time.

One issue that’s creating concern is the lack of transportation applications filed that allow students to ride the bus to and from school.

Transportation Supervisor Cameron McRae said his department should have received more than 2,000 applications by now, but at present, the number is below the 1,800 mark, meaning by Monday morning, the department will no doubt have its share of ridership issues.

“They are slow once again this year,” he said. “We send them out early and we don’t have a number back that we normally have. We need to have all the updated information and then we make the calls so that we can provide information on any changes that might have occurred.”

McRae said some families may have to provide their own transportation if their applications have not been received by the department in time.

He noted that parents or guardians must submit a new application form every year, for every student that requires transportation.

McRae also urged parents to make sure their kids are at the bus stop at least 10 minutes early to eliminate the potential of being one minute late.

Once on the bus, students are expected to follow the particular rules established for their own safety.

McRae said all parents and guardians should go over the proper etiquette and behavior while waiting for the bus and while riding to and from school.

“On our website there is a little pamphlet for information on safety that goes over a lot of those issues,” he said. “If they were a registered student last year they received the application plus the rules and the safety sheets in our mailings.”

Additionally, McRae encouraged parents to stay with their younger kids while waiting for the bus to arrive.

“If possible, we also encourage parents to walk their kids to the bus stop if it’s convenient for them, particularly the younger ones because you want to get them acclimated to the area,” McRae said. “Parents should also highlight points around the bus stop or certain landmarks where the younger kids know where their stop is located.”

“You don’t want to block people’s driveways and private property,” he said. “Just be good neighbors to those living near the bus stops.”

McRae said parents of kindergarten students will be transported back to the bus yard if a parent or guardian is not present at the bus stop to receive their child.

“They cannot get off the bus even with other elementary school aged siblings,” he said. “This is for the safety and the accountability for that particular student. We have communications with all the school buses and if we are unable to make that contact while the bus is still en route out in the field, then students will have to be transported to the transportation department where the parents or guardians will have to come get them. It happens and we recognize that and we all know that there are unforeseeable things that can occur.”

McRae noted that motorists making their daily commute need to be mindful of children walking to and from area bus stops come Monday morning.

“There are going to be a thousand kids on the streets,” McRae said. “Motorists should always expect the unexpected and always be aware of the fact that those kids do the unexpected sometimes like dart out into the street for whatever reason.”

District officials contacted the Nye County Sheriff’s Office to forge a plan of action for the first week of school. Their main focus will be strict enforcement of local traffic laws at or near schools.

“We are going to have our motorcycle division working along with the normal patrol officers,” he said. “Hopefully we won’t have to write any citations, but it always seems like we do. We’ll be out in full force making sure that the kids are safe.”

Police will be working near all the schools in the Pahrump area.

“Traffic officers will be enforcing all the traffic codes around the schools to assure that Nye County citizens and the schoolchildren are safe. Moody said. “NCSO has no desire to write anyone a citation but rather give all drivers pause to drive safe. Please drive slow and follow the traffic laws.”

McRae, meanwhile, said drivers should know that the flashing amber lights on school buses means the driver should be prepared to stop.

“The Nevada Highway Patrol along with the Sheriff’s Office will be spotlighting what we call stop-arm and sign violators,” McRae said. “It is a violation to pass a school bus on a roadway when it is stopped with the red flashing lights and stop signs out. Don’t try to beat it please.”