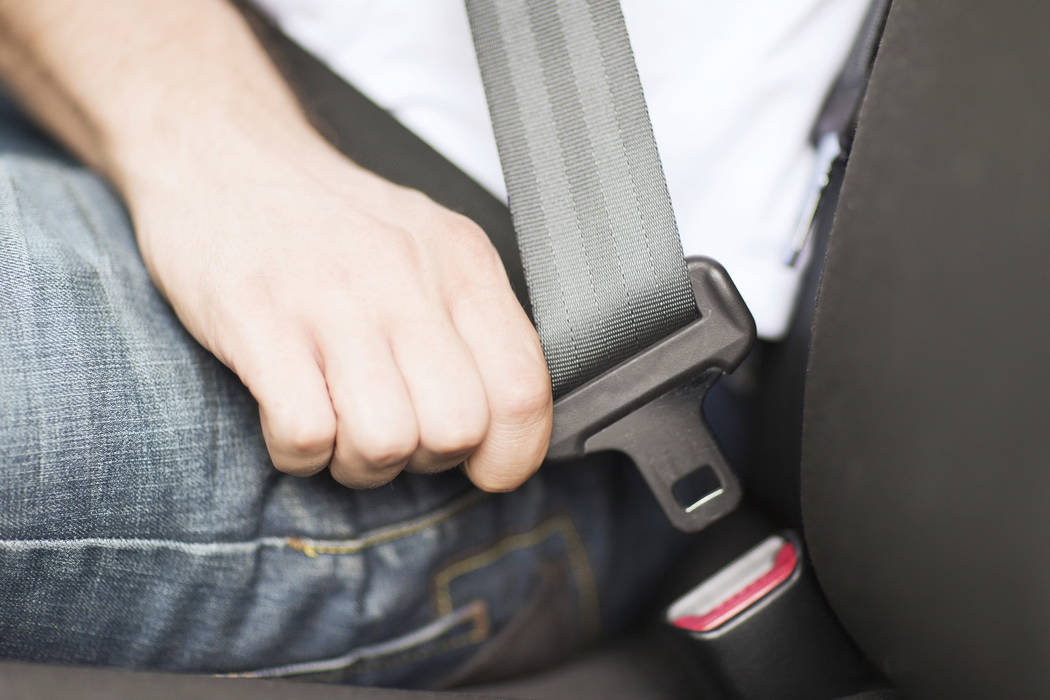 Thinkstock Authorities will issue citations to those not wearing seat belts, the NHP said in a statement about the “Joining Forces” effort.

Law enforcement officers around the state are teaming up in a seat belt enforcement effort, the Nevada Highway Patrol announced this week.

The “Click It or Ticket” enforcement campaign started on Tuesday, May 15 and runs to May 31, the NHP said.

“Statistically, Nevada ranks well in seat belt usage,” Trooper Jason Buratczuk said. “However, a majority of Nevada’s fatal and serious injuries sustained in crashes is a direct result of simply not wearing a seat belt. Buckle up every time, it can save your life.”

Authorities will issue citations to those not wearing seat belts, the NHP said in a statement about the “Joining Forces” effort.

“The goal of Joining Forces is to remind all vehicle occupants to buckle up and make it to your destination safely,” the statement said.

“Unbuckled passengers become deadly projectiles,” the NHP said. “If you weigh 130 pounds and are traveling 60 mph and get into a crash, it would take 7,800 pounds of force to keep you in place.”

Funding for the extra patrols is made possible by a “Joining Forces” grant received from the Nevada Department of Public Safety/Office of Traffic Safety.