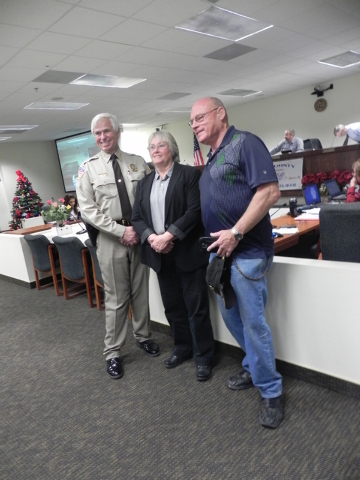 There will be the Nye County Sheriff office’s Change of Command ceremony Monday starting at 8 a.m. at the County Commission chambers, 2100 E. Walt Williams Drive.

The 90-minute event is open to the public.

Sharon Wehrly is taking command of the office after defeating Assistant Sheriff Rick Marshall in November. Wehrly received 68 percent of the vote to Marshall’s 30.8 percent.

Wehrly comes over from the Nye County district attorney’s office where she was an investigator. She takes over for Tony DeMeo, who has been sheriff since 2002. DeMeo decided not to run for another term.