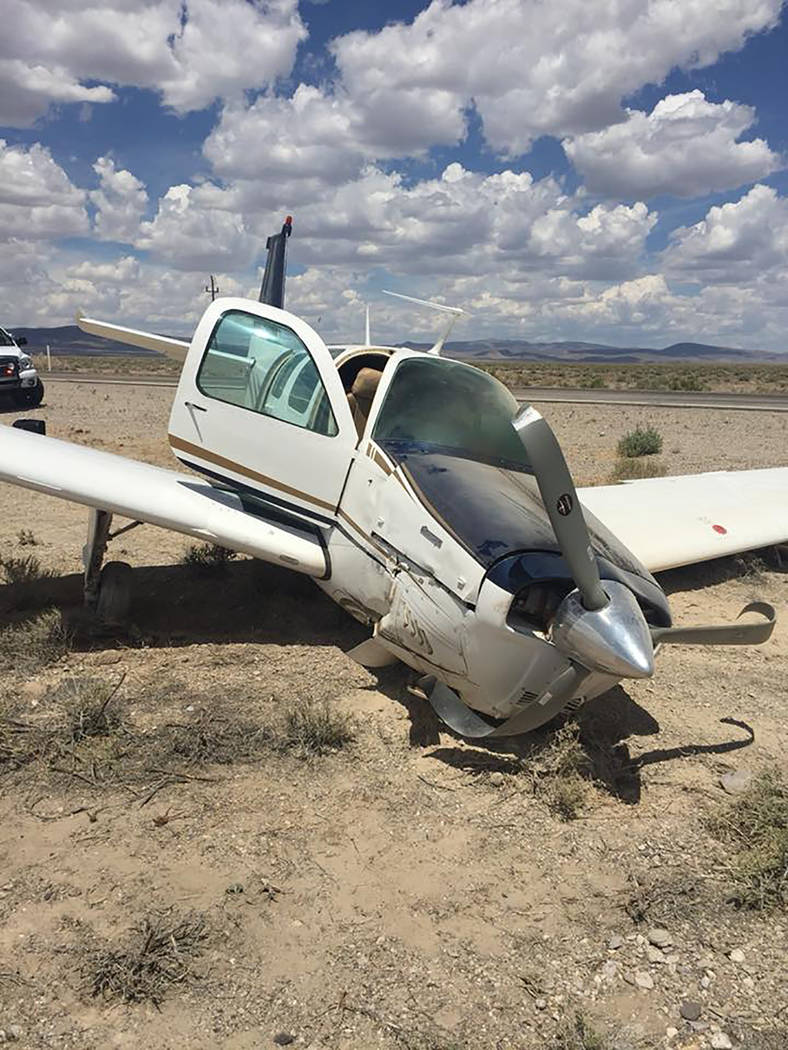 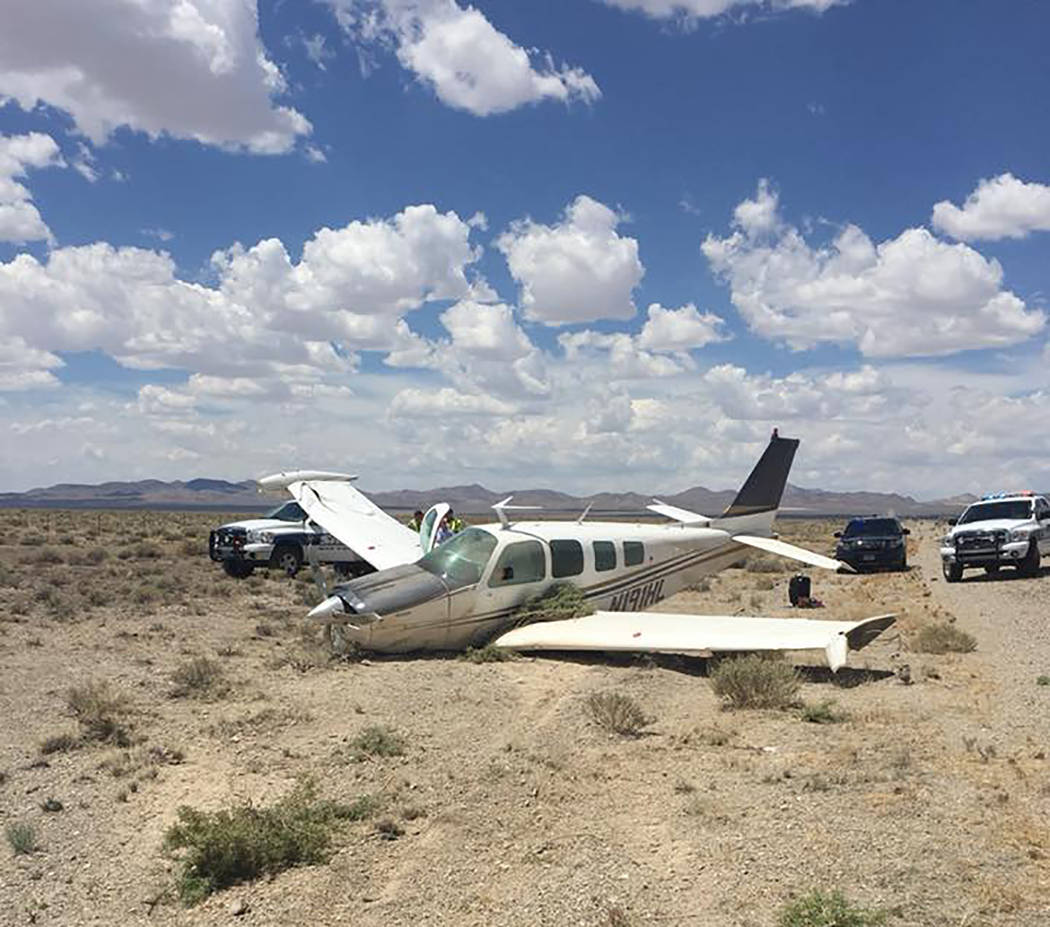 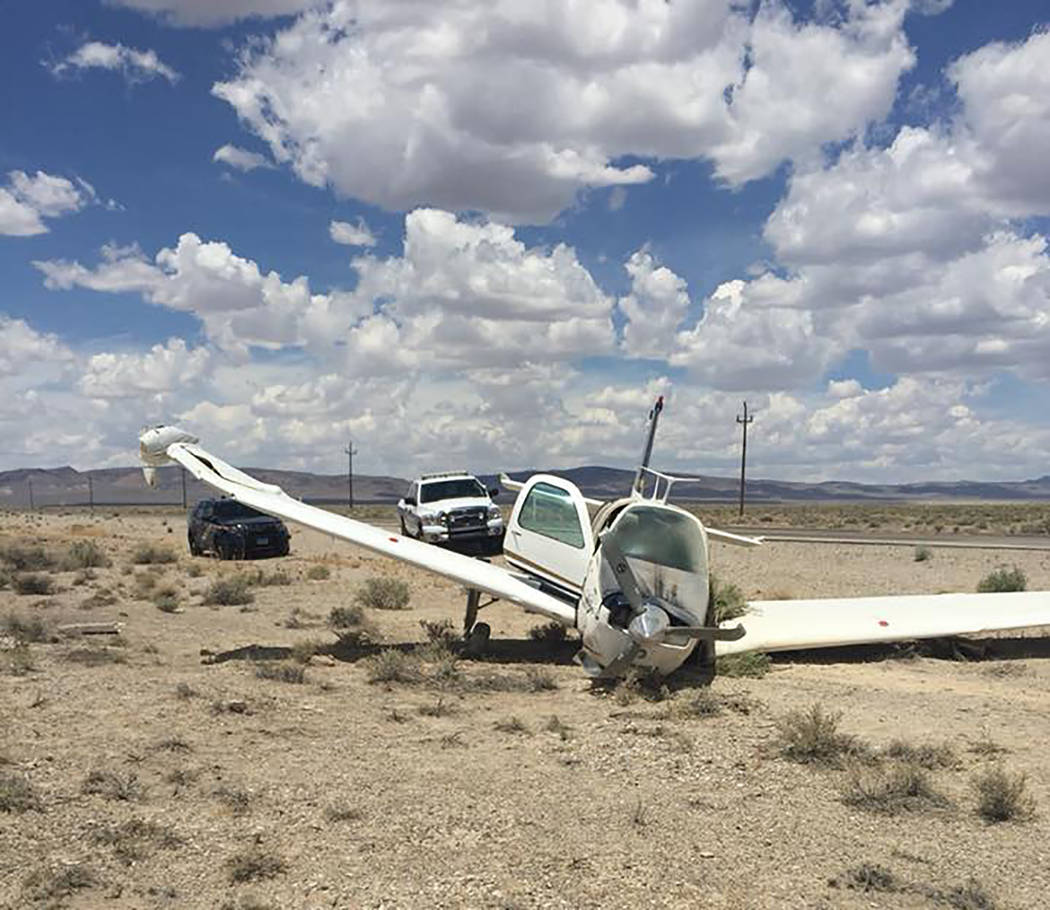 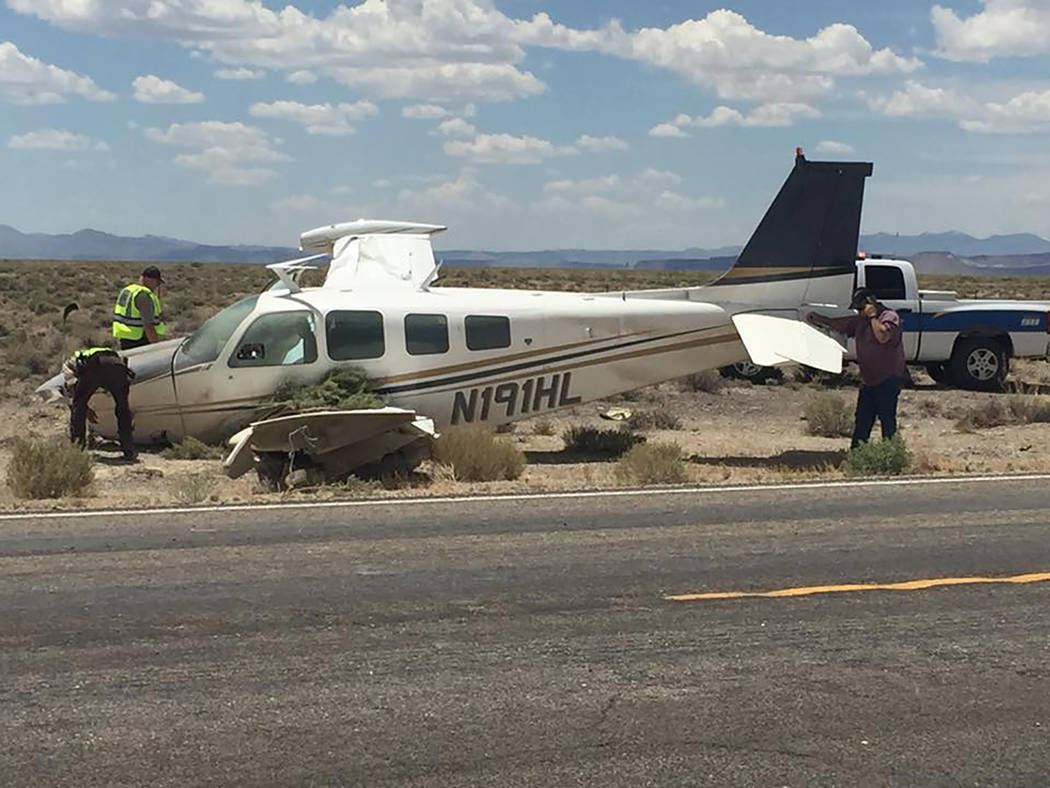 A small airplane made a forced landing this week in central Nye County near Tonopah with all aboard escaping any serious injuries.

Two people were on board, and neither were injured, Gregor said.

It occurred along U.S. Highway 6 about 10 miles east of Tonopah.

The cause was not immediately known, along with the plane’s route and any names.

The FAA investigation is continuing.