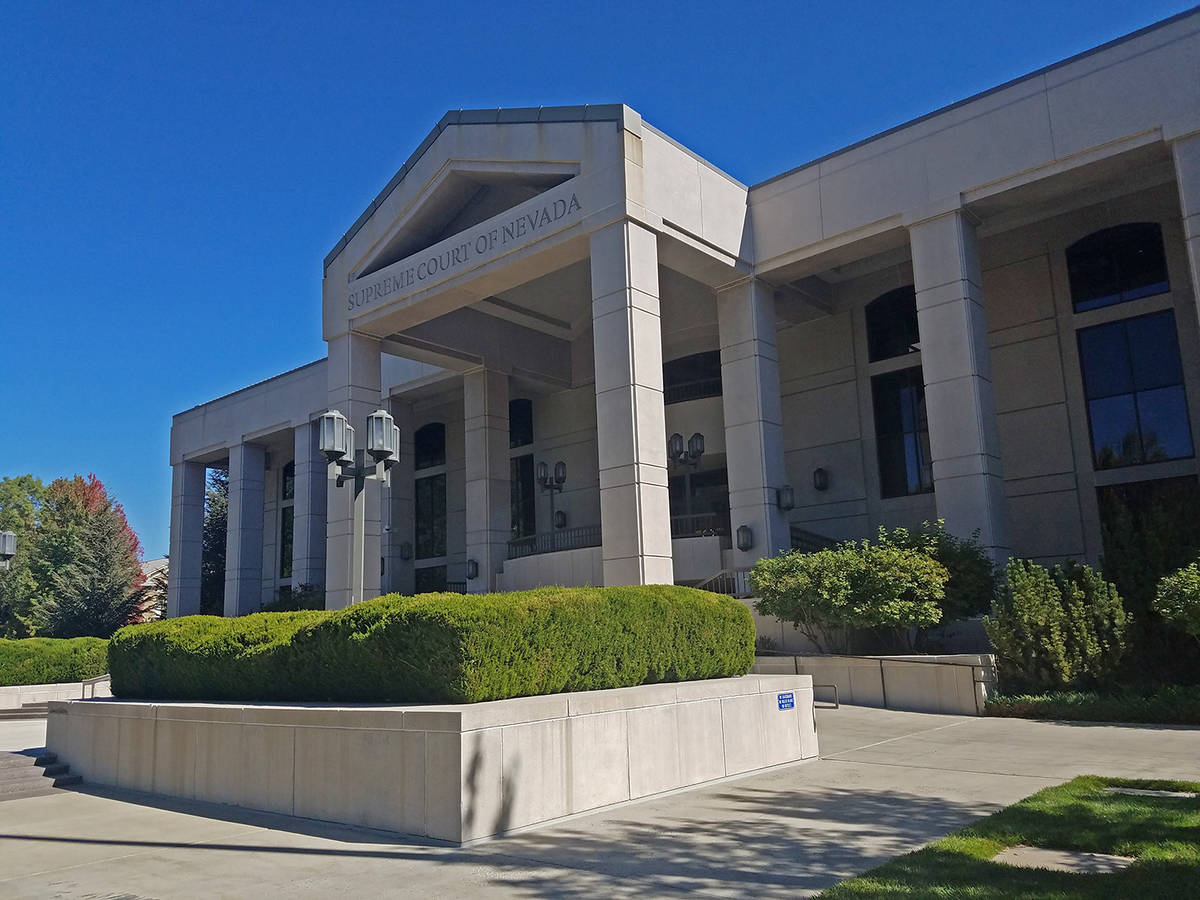 Special to the Pahrump Valley Times The Nevada State Engineer's Office has won its appeal over Order #1293A and the requirement to have two acre-feet of water relinquished for each new domestic well drilled in Pahrump stands.

After 15 months of anxiously awaiting the outcome of the appeal on Pahrump Water Order #1293A, local property and business owners are gritting their teeth in frustration and disappointment, with the Nevada Supreme Court ultimately ruling in favor of the appellant, the Nevada State Engineer’s Office.

As a result, water Order #1293A remains in effect, leaving area developers and property owners with no choice but to obtain two acre-feet of water rights for any new well they wish to drill on land that has not previously had said water rights relinquished in support of the new well.

However, the legal battle may not be over just yet, as the Nevada Supreme Court’s ruling also included instructions dictating that a portion of the case not directly addressed by either the district court or the appeal before the Nevada Supreme Court, that which alleges Order #1293A to be an unconstitutional taking, be remanded back to the district court for resolution.

Background of the case

The case all started on Dec. 19, 2017 when, at the request of the Nye County Water District Governing Board, then-Nevada State Engineer Jason King issued Order #1293. The explanation from the water district centered on the idea that continued drilling of domestic wells in the valley simply could not be sustained, as Pahrump’s water source, Basin #162, is highly over-appropriated in terms of water rights and already contains roughly 11,000 domestic wells.

Heeding that request, King issued Order #1293, creating a new mandate that called for the relinquishment of two acre-feet of water rights for every new domestic well drilled. The order specifically exempted existing wells in need of replacement or refurbishing, as well as undeveloped lots for which water rights had already been relinquished but still, thousands of Pahrump properties were affected by the order and the backlash that followed its issuance was immediate.

Riding a wave of anger and outrage, residents, property owners, developers, real estate agents and brokers, and well drillers all banded together to form Pahrump Fair Water LLC and less than a month after the order was issued, the group filed a lawsuit against the Nevada State Engineer’s Office seeking to halt the order in its tracks.

Several months of legal maneuvering then ensued, with the state engineer issuing an amended version of the order, Order #1293A, in mid-2018 and then filing a motion to have Pahrump Fair Water’s case thrown out on the grounds that the amended order superseded the original order. Pahrump Fair Water was not deterred by this, however, and the group entered into a settlement agreement that dropped the original lawsuit against Order #1293 while simultaneously filing a new petition against Order #1293A. In exchange, the state engineer’s office agreed to an expedited case schedule.

The case ultimately ended up before a district court judge who, on Nov. 8, 2018, ruled in favor of Pahrump Fair Water. By December of 2018, the judge had officially signed off on an order rescinding Order #1293A, asserting that the state engineer’s office had overreached its authority and violated constitutional due process by its lack of notice to those who were to be affected by the order. In addition, the ruling stated that there was no substantial evidence to support the order.

That was far from the end of the legal battle, however, and as expected, the Nevada State Engineer’s Office filed an appeal with the Nevada Supreme Court, disputing each of the district court judge’s findings. On top of this, the engineer’s office also filed a motion to stay, requesting that the Nevada Supreme Court temporarily suspend the district court’s ruling. That motion was granted in January of 2019, leaving those who had been celebrating their victory just a couple of months earlier dejected, but still eager to carry on their fight.

A flurry of briefing followed, with each side submitting its arguments over a period of 10 months. A hearing for oral argument was finally held on Nov. 5, 2019 and the case was turned over to the Nevada Supreme Court En Bank Court, which includes all seven Supreme Court justices rather than a panel of three justices as is more common, for a decision.

That was the start of an agonizing wait for Pahrump Fair Water members and many others with a stake in the Pahrump community and as the months slipped by, hopes for a quick decision dwindled. Now the wait is over at last, with the Nevada State Engineer’s Office ultimately prevailing in the three-year legal battle.

The ruling came yesterday, Thursday, Feb. 25 via an Advance Opinion issued by the court.

“This appeal involves a question of survival for certain rural communities in this, ‘the driest state in the nation,’… that is, the availability of groundwater sourced from domestic wells,” the Advance Opinion reads. “By seeking to enforce the 2.0 afa (acre-feet annually) requirement, the state engineer raised interrelated questions of whether (1) Nevada law authorized the requirement in the first instance, given that the state engineer both designated the basin as in need of active management and determined that the drilling of new domestic wells would unduly impact existing wells, and (2) whether notice and hearing is required to impose the same, even in the face of the aforementioned determinations by the state engineer.

“We hold that Nevada law – specifically NRS 534.110(8)… authorized the 2.0 afa requirement under these particular circumstances, the state engineer’s assessment of which is supported by substantial evidence,” the Advance Opinion continues. “Moreover, water is a public resource in this state, not private property… and because Nevada’s resulting system of prior appropriation neither envisions nor guarantees that there will be enough water to meet every demand for it, a landowner’s unilateral assumptions to the contrary are not the sort of justified reliance that would demand notice and a hearing prior to the state engineer’s imposition of the restriction at issue. Accordingly, we reverse the district court’s decision, which invalidated Order #1293A as unlawful, and reinstate the same.”

As detailed in the document, Pahrump Fair Water had requested that the Nevada Supreme Court, in the event of a reversal of the district court’s decision, return the takings issue to the district court so that particular argument could be decided upon. That request was granted in the Advance Opinion, which reads, “… at PFW’s request… (we) remand with instructions for the district court to consider its taking claim in the first instance.”

At this time, David Rigdon of Taggart and Taggart LTD, the law firm representing Pahrump Fair Water in the case, said whether the group will continue forward with the takings argument has yet to be decided, as he must first review the case with Pahrump Fair Water members and determine how they wish to proceed.

The full Advance Opinion, along with all other documents relating to the water order case, can be found online at www.nvcourts.gov by searching for case number 77722.