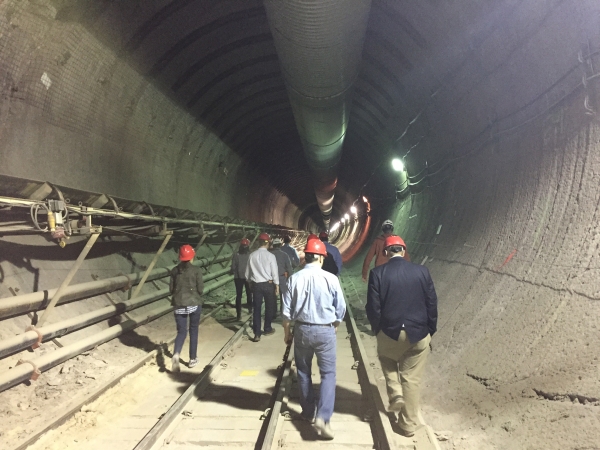 The statement released by Nevada officials last week in response to the Nuclear Regulatory Commission (NRC) study on Yucca Mountain said its technical analysis has numerous deficiencies and called the scope of the draft supplement “inadequate.”

The report released by the NRC in August stated that the proposed repository would yield “only a negligible increase” in health risks from radioactive particles that might leak into groundwater from the nuclear repository. The report received mixed reviews from state officials and residents along the area of Nevada-California border that would be affected by the proposed repository after it was presented in Las Vegas and Amargosa Valley.

“Our review of the 2015 draft supplement leads us to conclude that the repository proposed in the Yucca Mountain license application would not protect Nevada’s people and environment for the required period of one million years, and that the 2015 draft supplement violates both the National Environmental Policy Act (NEPA) and the Nuclear Waste Policy Act (NWPA) as amended,” said Robert Halstead, executive director of the Nevada Agency for Nuclear Projects in a letter to Cindy Bladey, chief of the Rules, Announcements and Directives Branch at the NRC.

The summary of Nevada’s comments on the draft environmental impact statement supplement, calls its scope “inadequate” because NRC staff failed to evaluate the impacts of four major developments that have occurred since 2008.

The developments include the president’s 2015 decision that defense high-level wastes should be disposed of in a repository devoted exclusively to that purpose; designation of the Basin and Range National Monument; Department of Energy termination of the program to design and utilize TAD (Transportation, Aging and Disposal) canisters to transport, store, and dispose of commercial spent nuclear fuel in 2009; and removal of the basis for the No Action Alternative scenario analysis in the Yucca Mountain environmental impact statement that was adopted by NRC staff in 2014.

In a letter, Sandoval points out that the DOE currently does not possess the land and water rights necessary to receive construction authorization. The agency also had terminated its Yucca Mountain repository program and sought to withdraw the license application.

The draft supplement description of the affected environment failed to identify affected private owners of land and associated water wells and didn’t adequately evaluate affected current and future populations, according to the state’s comments. It also disregarded the application of state of Nevada water quality and water usage laws.

“The draft supplement technical analysis of groundwater impacts is severely flawed in numerous ways, mostly related to its reliance upon DOE’s Total System Performance Assessment (TSPA) computer model outputs as its starting point for evaluation of radioactive contamination of groundwater and groundwater discharges. In the licensing proceeding, Nevada has many admitted challenges to individual components of DOE’s TSPA that have not been adjudicated,” the document reads.

Additionally, the study failed to evaluate cultural and spiritual impacts on the Timbisha Shoshone Tribe and other members of the Native American community, according to the state’s comments.

The Timbisha Shoshone Tribe, a sovereign nation that is the closest Indian group to the proposed repository said the supplement should be rewritten and re-issued pending additional consultation and feedback from the Timbisha and “with a more meaningful analysis of the environmental justice concerns, groundwater contamination and otherwise.”

The Nevada Department of Conservation and Natural Resources also encouraged revision of the document and said it should recognize and incorporate applicable Nevada water statutes into the analysis.

“As a result of unsupported and erroneous conclusion that any radioactive releases would be “small” and insignificant, the NRC analysis fails to identify, much less address, the environmental and economic impacts such contamination will have on the groundwater resources and on current and future users of water,” the agency’s statement said.

Lastly, the California Energy Commission in its Nov.20 statement said the proposed repository has the potential to cause significant impacts on California aquifers and groundwater resources.

“The supplement fails to fully analyze and plan for mitigating these impacts as required by NEPA,” the statement reads.

Nevada experts believe that the likelihood of discharges from the proposed repository is exponentially greater than NRC staff predicts and would create much more serious and long-term risks to the public and the groundwater itself, according to the state’s comments.

NRC staff will issue a final environmental impact statement supplement in the first half of 2016.