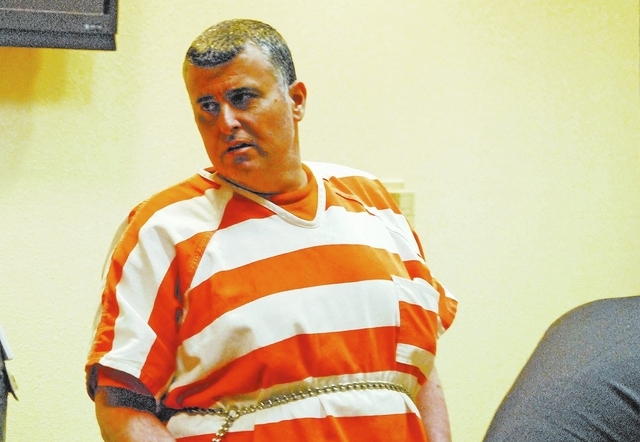 The man convicted of shooting and killing his daughter’s boyfriend in 2011 was denied bail again after the Nevada Supreme Court ruled he could not go free pending his appeal.

His defense attorneys filed a motion in August requesting a bail amount be set for Robbins while they seek an appeal in the case.

“The four primary issues raised (in the appeal) are: 1.) Mr. Robbins was not allowed to fully develop his defense before the jury, 2.) there was a failure to allow jury instructions necessary for Mr. Robbins to present the theory of his case, 3.) prosecutorial misconduct, and 4.) juror misconduct. Each of these errors warrants reversal,” a defense motion forwarded to the Supreme Court reads.

The Nye County District Attorney’s office, however, disagreed with the request for bail and filed an opposition to the motion in September.

The Nevada Supreme Court ultimately agreed with the prosecution on the bail issue, stating in their decision that neither Robbins nor his defense counsel had shown the man was neither a flight risk nor a risk to the community if he were to be let out of custody.

“Having considered the motion and opposition, and in light of Robbins’ conviction for a serious, violent offense (second-degree murder) and the life sentence imposed by the district court, we conclude that Robbins has not demonstrated that his release no bail is warranted. In particular, we are not convinced that Robbins has met his ‘heavy burden of demonstrating that his release on bail pending appeal will pose no danger to the community or risk of flight,’” the decision reads.

“Although it is not clear at this point whether his appeal is frivolous (no briefs have been filed and Robbins did not file any supporting portions of the record with his motion), the allegations in Robbins’ motion do not sufficiently undermine the quality and strength of the evidence presented at trial or allege or establish any errors at trial ‘that so erode or undermine the validity of the conviction and sentence that we can confidently conclude that his release on bail poses no danger of further violence or risk of flight.’”