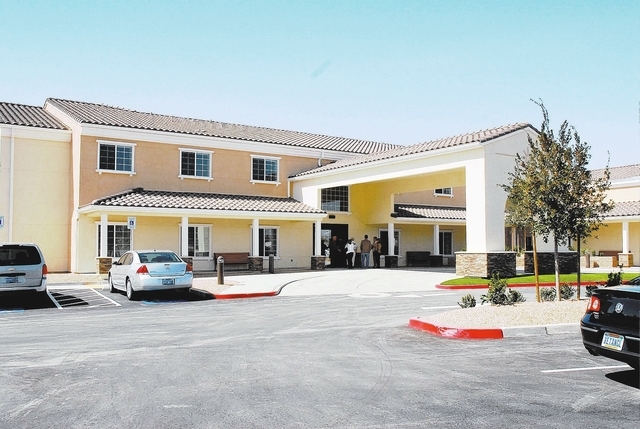 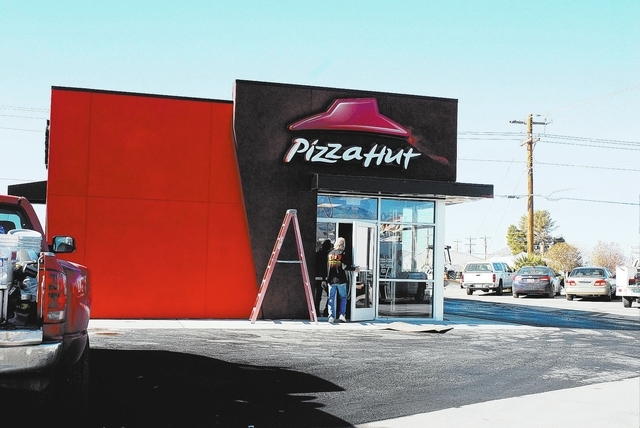 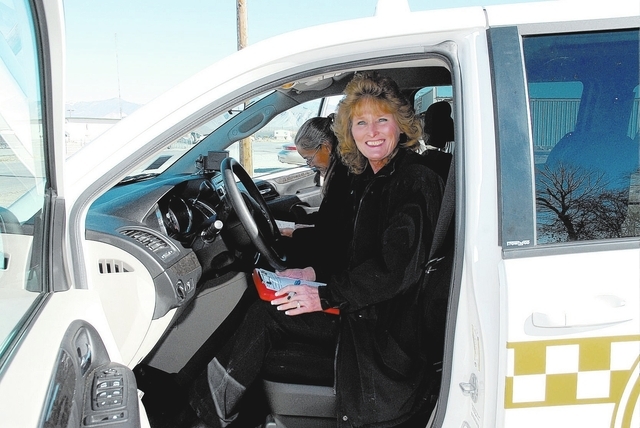 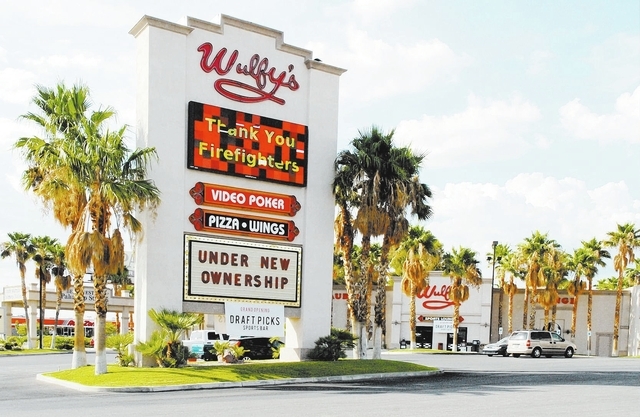 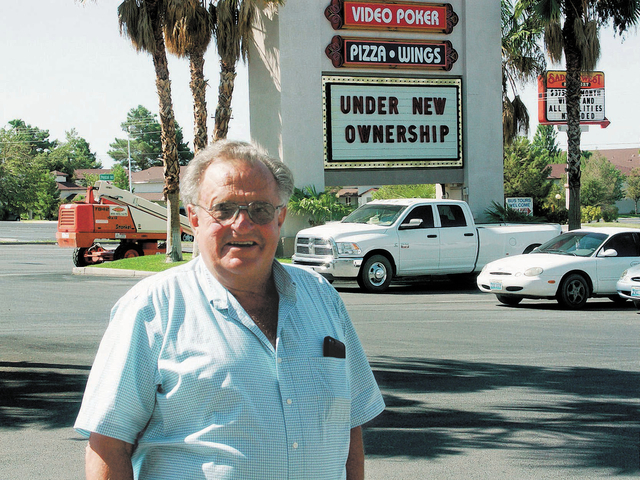 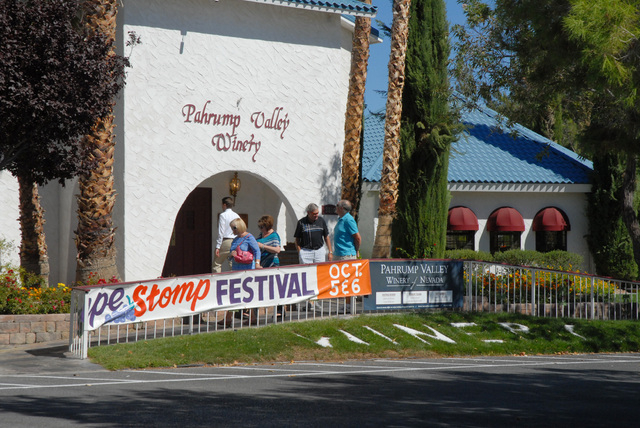 The 2013 year began with the cancellation of cab service by Pahrump Valley Taxi Company owner Jit Mann in late January, who initially said he was going to hire other drivers. The decision left Pahrump residents without public transportation, except for the Pahrump Senior Center, for most of the year.

The taxi company changeover was judged the top business story for 2013.

Longtime Pahrump resident Ray Wulfenstein announced in late July he was selling Wulfy’s Restaurant, which he opened almost 10 years ago, the Best Western motel and a car wash on Highway 160. The complex was acquired by CRU Management, based in Costa Mesa, Calif. The NASCAR-themed bar was renamed Draft Picks, keeping the sports theme.

The biggest construction project of 2013, the Inspirations Senior Living facility on Java Avenue, was completed in March, and an open house to celebrate the grand opening was held March 23. Construction on the 72-unit, 49,455-square-foot building began in May 2012. The $7.2 million project created 150 construction jobs and initially 27 permanent jobs. The center caters to seniors of all types from independent senior living to assisted living to residents needing memory care.

The Pahrump Regional Planning Commission approved a conditional use permit in April for a Pinnacle Propane bottling facility on Basin Avenue near the Pahrump Valley Speedway. Construction began soon after. The facility will create 48 permanent jobs when it opens.

Bill and Gretchen Loken announced in June they closed on the purchase of the Pahrump Valley Winery. The Lokens purchased Symphony’s Restaurant in 2005 and a had a 30-year lease for the winery. The Lokens plan to expand Symphony’s Restaurant and the wine-making facility. Meanwhile Philip Moreau has been developing the recreational vehicle park behind the winery renamed Wine Ridge RV Resort.

A dispute between NV Energy and Valley Electric Association ensued through most of 2013. NV Energy filed a complaint Jan. 18 over a VEA contract to service Creech Air Force Base in September 2012 without a Certificate of Public Convenience and Necessity, the Nevada Public Utilities Commission dismissed the complaint Oct. 9. A petition over the VEA contract with the Nevada National Security Site was also dismissed by the PUC, NV Energy claimed the cooperative first had to pay an exit fee. The Nevada Legislature approved a bill that would have put Valley Electric under PUC jurisdiction but it was vetoed by Gov. Brian Sandoval.

A week of hearings was held by the California Energy Commission in March for the proposed 500-megawatt BrightSource Energy solar project on the Tecopa Road. But BrightSource announced after the hearings it was suspending the project. The hearings raised concerns over water, visual impacts and historical resources like the Old Spanish Trail. Kern River Gas was scheduled to build a 33-mile gas pipeline to supply power for the project after dark. VEA also had plans to construct a power line from the BrightSource Energy project to Eldorado Valley south of Boulder City to hook up with the California grid.

In September, First Solar announced plans for a 65-megawatt photo-voltaic solar project on private property in Amargosa Valley, a development agreement was approved by Nye County Commissioners later in the year. Meanwhile, SolarReserve was steadily building its 110-megawatt Crescent Dunes solar plant outside Tonopah, scheduled to open in 2014.

After motorists saw a sign for months announcing a new Pizza Hut on Highway 372 at Pahrump Valley Boulevard, the restaurant finally opened on Christmas Eve. Reconstruction of a small building that originally housed Romero’s Express began in mid-November.

A motion by County Commissioner Dan Schinhofen to acquire Pahrump Utility Company died for lack of a second at a June county commissioner’s meeting.

Other stories that didn’t make the top 10, but are included as part of a top 20 list include:

Motorists lined up for free smoothies as a Tropical Smoothie store opened on Highway 372 in mid-August at the former location of Stan’s Auto. Former Nye County Commissioner Henry Neth and Joey Provenza opened the business.

Holiday Inn Express filed a conditional use permit to build a 103-room hotel near Gold Town Casino just before Christmas. They hope to begin construction in February 2014 and open by November 2014.

Keoki’s Wings and Things opened at the former Last Chance Saloon on Loop Road in late February. In March, Karma’s Saloon opened in the former Just Country bar on North Blagg. Sullivan’s Pub received a conditional use permit to reopen at the former Town Hall Casino on West Mesquite in time for the Super Bowl. Andrea McGuire and Erin Hubbell received a conditional use permit in April to reopen the former Our Bar/Charlie’s Place on West Bell Vista as The Hubb. The Sunset Tavern at Second and West Streets was reopened as The Bounty Hunter in October.

Mike Cappa opened up Big Dick’s Pizza at the corner of Gamebird Road and Pahrump Valley Boulevard in May, it had formerly been used for other pizzerias.

All The Same Wild and Tame opened an animal shelter at the former K-9 Kastle Bed and Bone at 6091 Gills Way in June, but the owners were later slapped with 40 code violations by Nye County Animal Control in September.