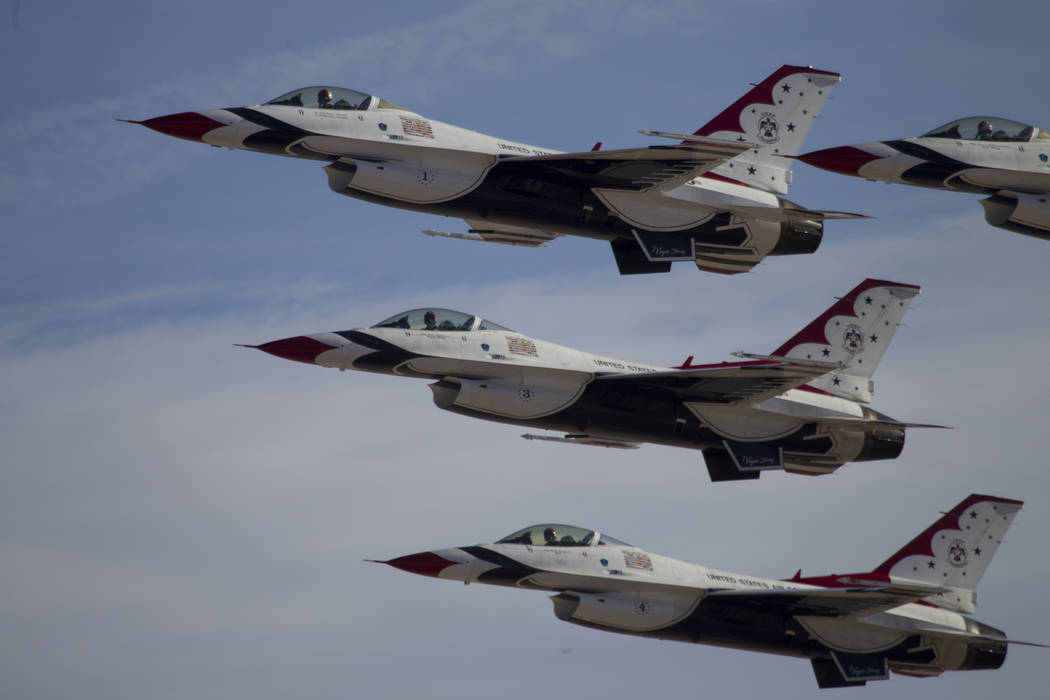 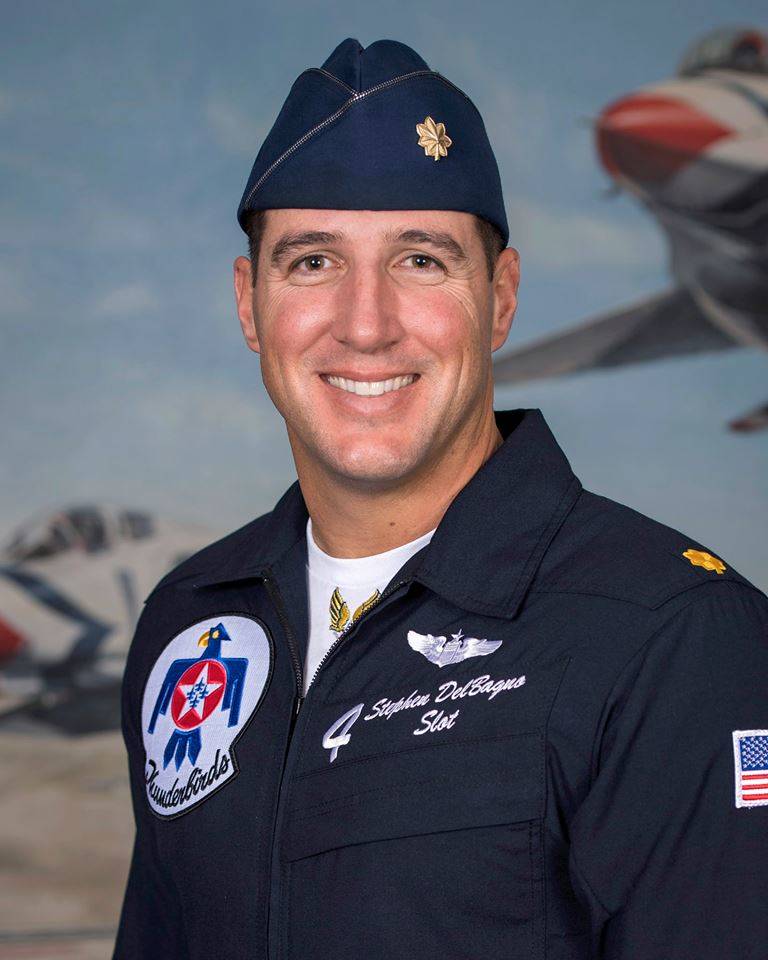 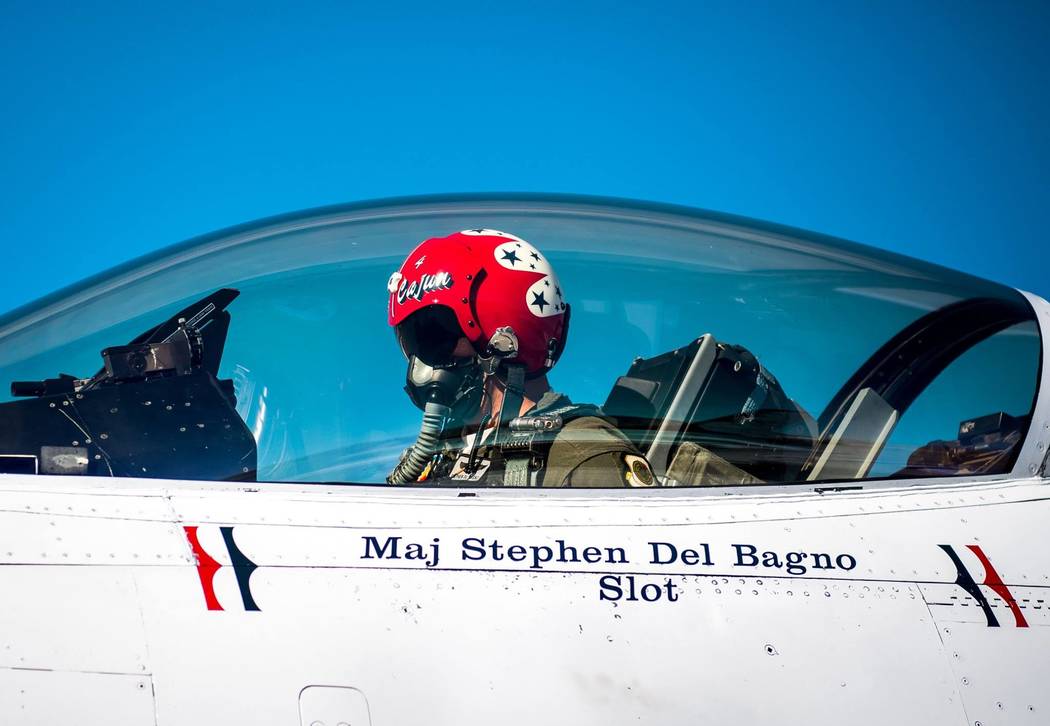 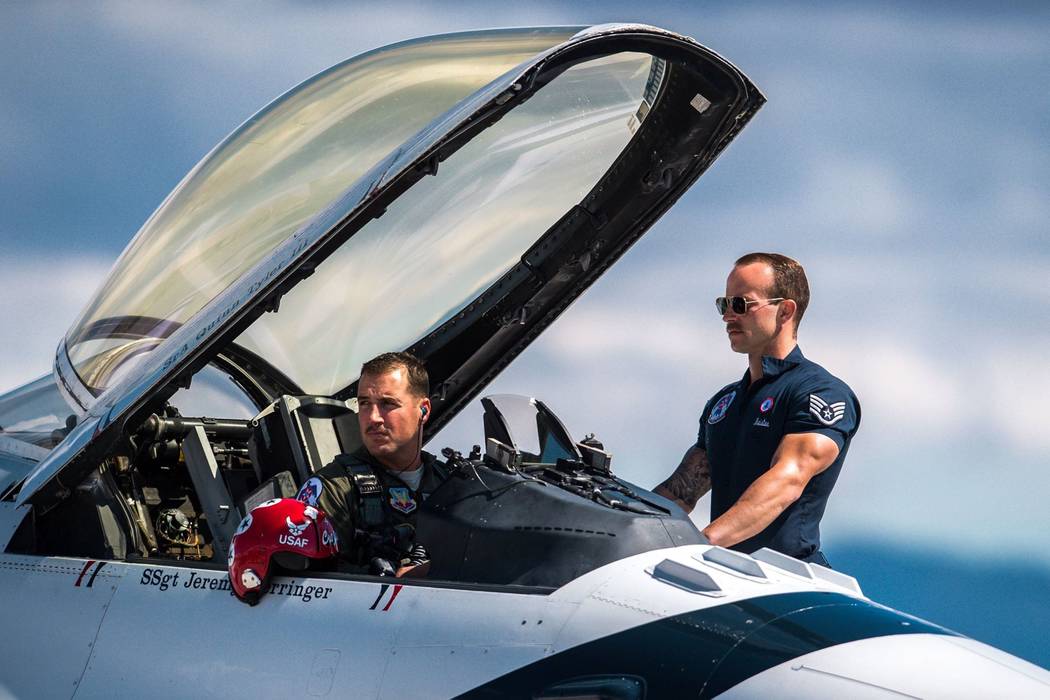 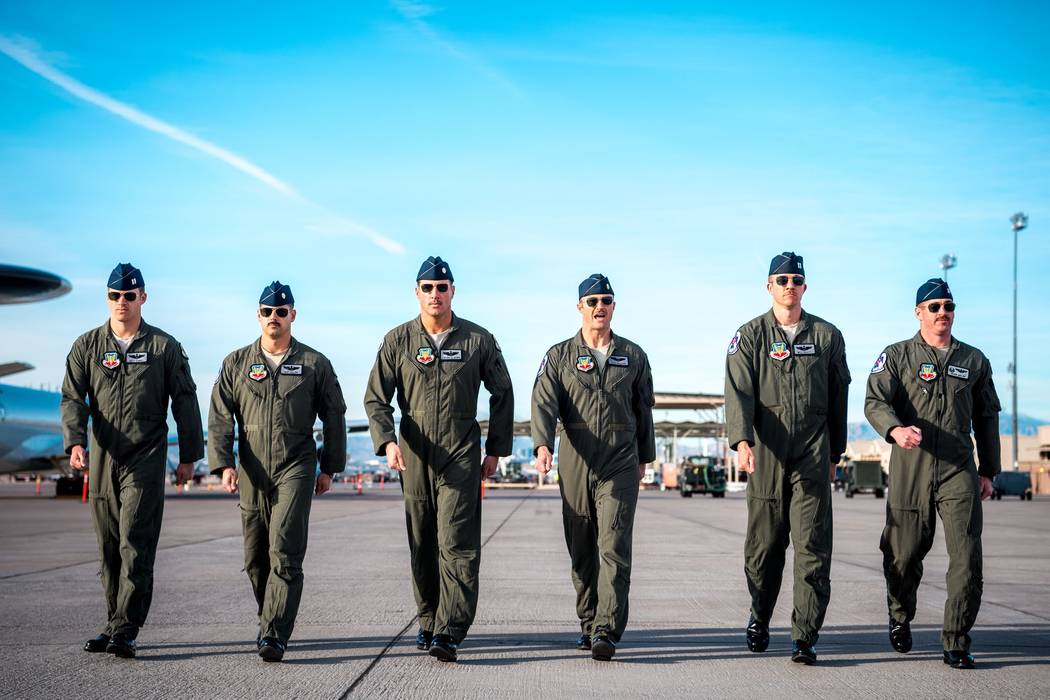 Maj. Stephen Del Bagno, Thunderbird 4/Slot Pilot, (pictured third from the left) marches to his F-16 Fighting Falcon alongside the five other Thunderbird pilots during a practice show at Nellis Air Force Base, Nev., Mar. 14, 2018. Del Bagno was killed when his aircraft crashed on the Nevada Test and Training Range during a practice aerial demonstration on April 4, 2018. (U.S. Air Force Photo by Master Sgt. Christopher Boitz) 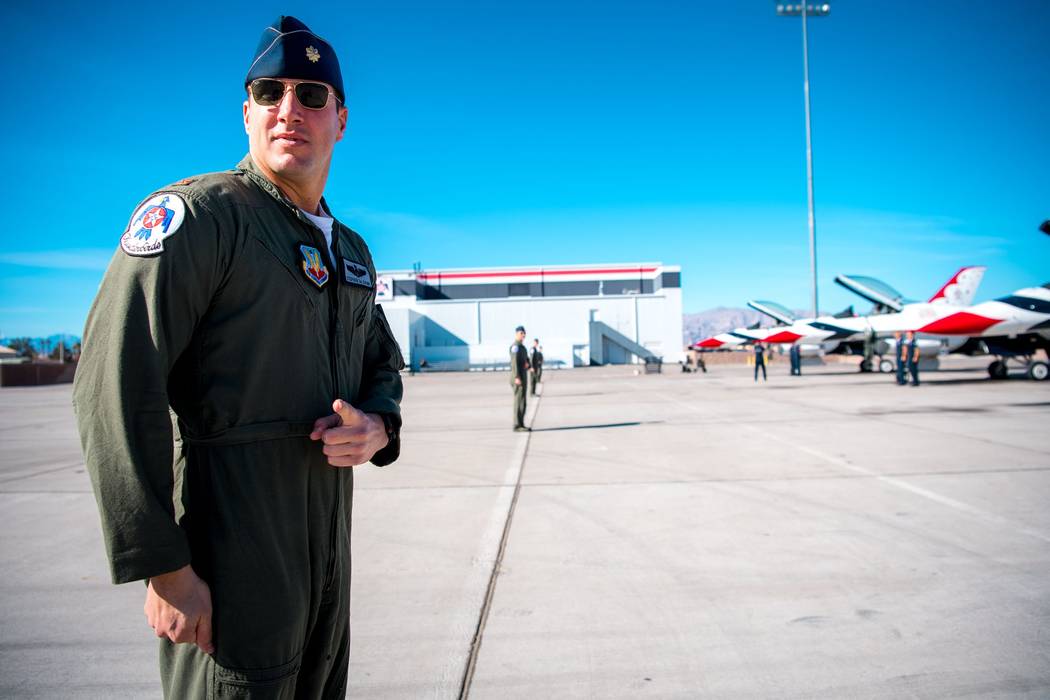 The Air Force Thunderbirds pilot who was killed Wednesday when his fighter jet crashed northwest of Las Vegas has been identified.

“He was an integral part of our team and our hearts are heavy with his loss,” said Brig. Gen. Jeannie Leavitt, the commander of the 57th Wing at Nellis Air Force Base.

Del Bagno was in his first season as a pilot for the Thunderbirds, according to his biography on the team’s website. He was originally from Valencia, California, and graduated from Utah Valley State University in 2005. He was commissioned from Officer Training School at Maxwell Air Force Base in Alabama in 2007.

Before joining the Air Force, he was a skywriter, a banner tow pilot, a corporate pilot and civilian flight instructor, according to his biography.

The cause of the crash is under investigation, Air Force officials said.

The test range covers 3 million acres and provides 12,000 square miles of restricted airspace to the north and northwest of Las Vegas for pilots to rehearse and test warplanes.

Del Bagno was the second pilot to die in a crash on the Nellis range in less than a year. In September, Lt. Col. Eric Shultz was killed when the plane he was flying during a training mission crashed.

Wednesday’s crash forced the Thunderbirds to cancel a scheduled appearance at a March Air Reserve Base air show in Southern California this weekend.

It was not immediately clear how the crash would affect the rest of the season, which has performances scheduled until early November.

The team had 35 show sites scheduled for 2018. This weekend’s show would have been the unit’s third of the season.

Wednesday’s deadly crash was the second for Nellis in less than a year. In September, an Air Force pilot, Lt. Col. Eric Schultz, was killed in a plane crash during a training mission on the test range.

In June 2017, a Nellis Thunderbird flipped after landing during a “familiarization flight” for an air show in Ohio. The pilot and his passenger were hospitalized but survived the crash.

On Tuesday, four crew members were killed when a Marine helicopter crashed during a training mission in Southern California. The CH-53E Super Stallion crashed in a desert area just outside El Centro, near the U.S.- Mexico border. The helicopter was assigned to the 3rd Marine Aircraft Wing out of the Air Station Miramar in San Diego.

The crew members have not yet been identified, and the cause of the crash is under investigation.

The same day, a Marine Harrier jet crashed during takeoff from an airport in the East African county of Djibouti. The pilot ejected and was being medically evaluated.