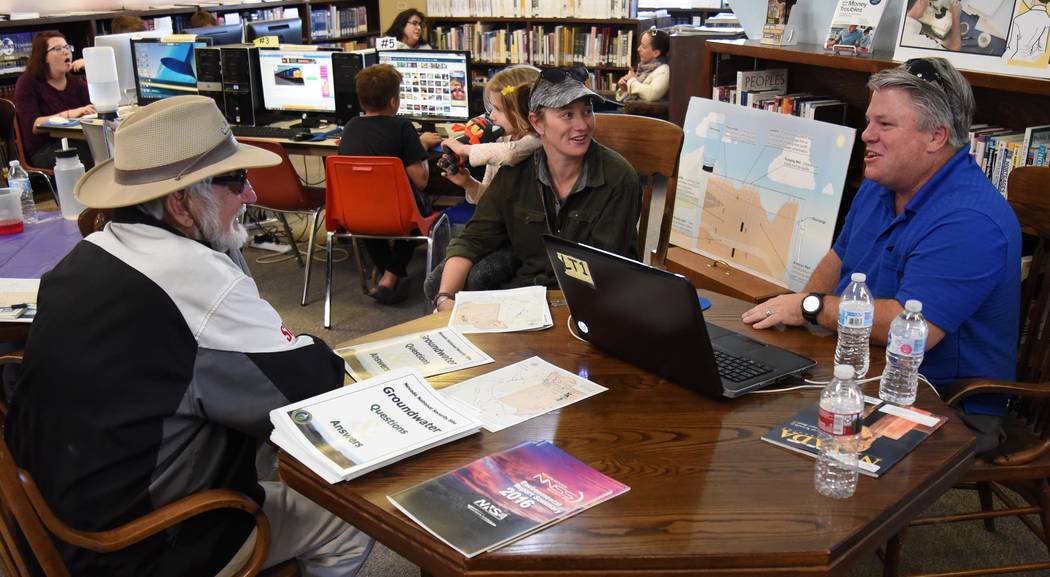 Richard Stephens/Special to the Pahrump Valley Times Senior Hydrologist Jeff Wurtz giving a lesson on the behavior of groundwater to Beatty locals. 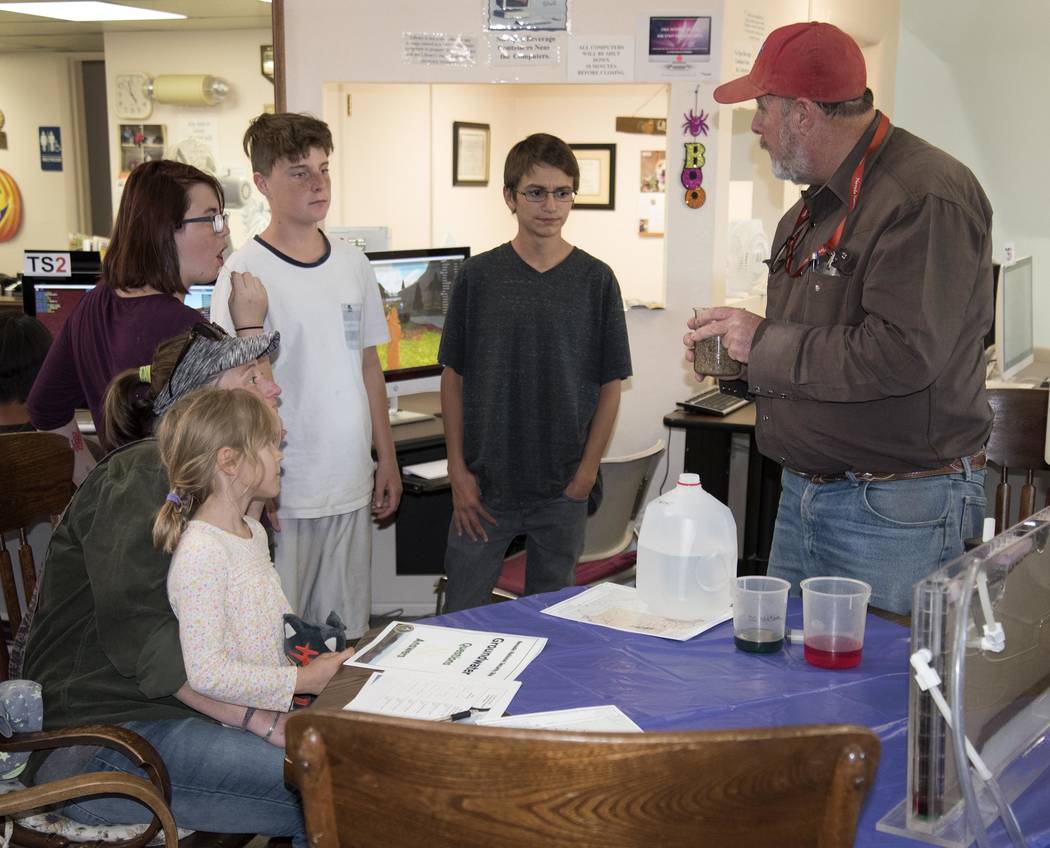 This is a prime case of no news is good news. U.S. Department of Energy scientists continue to report that public groundwater is safe from contamination resulting from activities on the former Nevada Test Site.

A total of 828 underground tests were conducted on the Nevada Test Site, now the Nevada National Security Site (NNSS), between 1951 and 1992, and the DOE says that about a third of those were “near, below, or within the water table,” resulting in contamination of groundwater.

The agency’s Office of Environmental Management monitors existing public and private wells, as well as others drilled specifically for the purpose, to monitor the movement of radioactive material from locations within the NNSS. This year, as in the past, they report that nothing has been detected outside the Nevada National Security Site.

The DOE has hosted an open house on groundwater in communities near the NNSS approximately once a year in the recent past. Now, at least partly in response to suggestions from citizens serving on the Nevada Site Specific Advisory Board (NNSAB), the format has been changed to what are now called “Community Conversations.”

Kevin Schmidt, one of those on hand to talk with residents, said that members of the NNSB have asked for more community outreach. The Community Conversation format was created to provide a more casual, intimate interaction with community members. They can also be held more frequently, perhaps as often as quarterly.