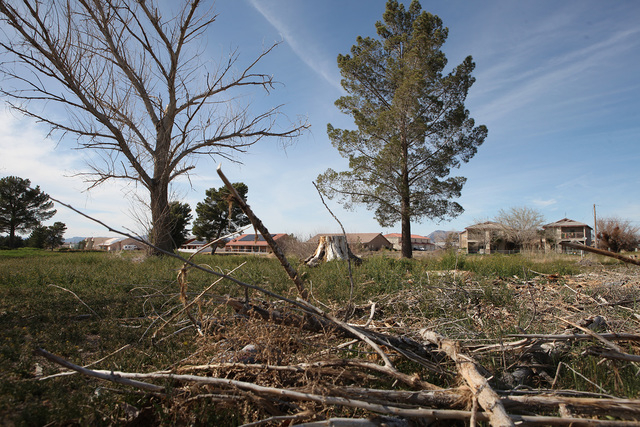 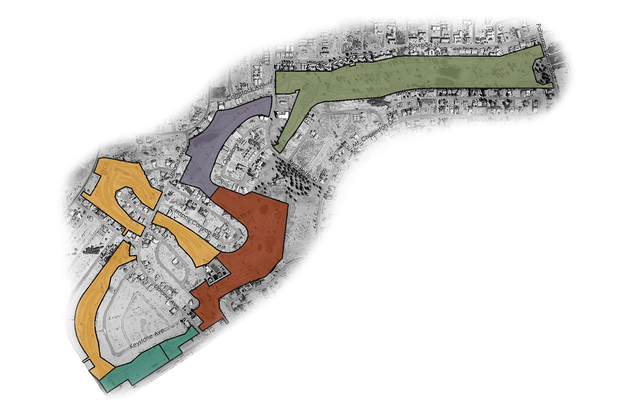 The remediation of the overflow ponds at Discovery Park is still underway, but the site is likely to change as officials are working on the plan to revamp 160 acres of land that are occupied by the landmark.

The defunct golf course closed in 2008 and was acquired by Utilities, Inc. of Central Nevada in bankruptcy court in 2013. While the land stabilization at the park recently had been completed, UICN is still working on remediation of several overflow ponds that had been deemed a health hazard prior to UICN’s ownership.

UICN President Wendy Barnett said the draft master plan was prepared based on recommendations from a group of community stakeholders that had come up with ideas for the development of the venue. The document is currently under review and the final copy will be ready after officials make comments and send it for final approval.

The plan outlines several zones in the park that will feature demonstrations of plants, wildlife and arts. There also will be a space for outdoor activities. Another area will incorporate the history of Pahrump and Nevada. A separate section of the park will be dedicated to research and will have a classroom.

“We talked with several different deans at the University of Nevada. Both Reno and Las Vegas are interested in doing some different projects in this area. Some of it will be fenced off for the research area,” Barnett said.

The project had already received a wave of support from some businesses who pledged to help its operations. The Red Rock Audubon Society will plant over 100 trees in April in several zones of the park. Pahrump Valley Disposal said they will pick up trash throughout the site.

“A lot of local businesses have been interested in helping make this happen,” Barnett said.

The park is also going to have landscaping, Barnett said. While the exact details of the final draft plan are yet to be hashed out, she said the park will incorporate a maze with a combination of plants and rocks, an interactive sundial and reflective art in the ponds. Also in plans are signage and marketing initiatives.

“I think the whole park will be interactive but it has these specific zones for the nature, the art, the recreation, the education and the research,” she said.

Additionally, UICN officials said they aim to get a certification for the park from the Sustainable Sites Initiative, a program that is focused on developing sustainable landscapes for development projects located at parks, corporate campuses and streetscapes.

“It could be great draw for Pahrump also,” she said.

While the park is estimated to cost $6.5 million, Barnett said it will be funded by grants and donations. She said UICN had already received an outpouring of donations “on a lot of different levels.”

“The enthusiasm from the public has been really really good,” she added.

The project doesn’t have a deadline, but officials said it could take years to complete.

“It could take years, but we are hoping that with the final master plan that we have a really good marketing tool to get things to happen,” Barnett said.

The purchase of the Willow Creek Golf Course and land stabilization at the site were part of the recent water rate increase that was filed by UICN last year and was approved by the Public Utilities Commission on Feb. 18. Barnett said that the money received through the hike would not cover future expenses associated with the park.

“Rate increases can only be about what we already spent. It can’t be about getting money for the future (projects). It has to be used and useful,” she said.

As UICN is looking to complete the remediation process of the overflow ponds, Barnett said the final step of the process will be installation of the rapid infiltration basins, or RIBs, the measure that had been approved by the Nevada Department of Environmental Protection, Public Utilities Commission and Pahrump Regional Planning Commission.

“The final stage of remediation are the RIBs,” Barnett said.

“What happens today cannot be status quo. That is clear from NDEP. A lot of things got put into Pahrump before there were all the codes of today, a lot of things. And so, the status quo won’t work. If I don’t get the RIBs, something else has to be done,” Barnett said.