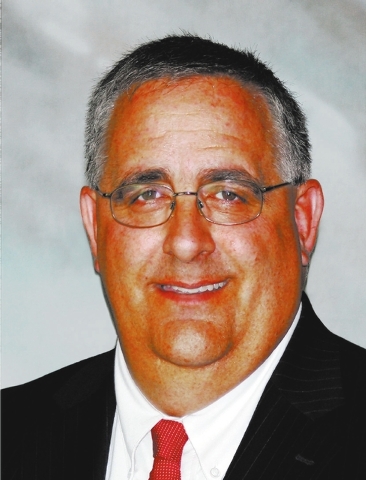 Utilities Inc. of Central Nevada filed a lawsuit against Nye County last week seeking damages in excess of $20,000 after the company claimed the county violated a service contract with the private water and sewer utility.

According to a civil complaint filed Friday, UICN and Nye County entered into a written commercial water and sewer expanded services agreement on July 23, 2010 for property located at 2101 E. Calvada Boulevard.

In that agreement, UICN claims it agreed to expand upon the county’s current water and sewer services at the location on the condition that Nye County “pay appropriate fees and dedicate sufficient water rights to UICN to serve the project,” and that Nye County “shall provide additional water rights in the amount of 17.64 AFA (acre-feet per annum) or provide written documentation supporting a past dedication of an equivalent amount.”

The complaint goes on to state that county officials, including former County Manager Rick Osborne, repeatedly assured UICN that it would transfer and dedicate the 17.64 AFA to UICN and based on those assurances the company began providing the expanded services to the county prior to the dedication of the water rights.

As of Friday, UICN claimed the water rights had not been transferred to the company for the Calvada property.

“Not withstanding repeated assurances from Nye, as of the filing of this complaint, the water rights have not been dedicated to UICN. It appears that Nye has wrongfully retained the water rights in breach of the Service Agreement so that it can itself use the water rights to drill its own well rather than comply with its contractual obligations,” the complaint states. “After having received the benefit under the contract with service to the Property for more than three years, Nye advises that it has no intention of performing as required and as previously and repeatedly promised. Instead, Nye apparently has misled UICN regarding its intentions for some time in an attempt to keep UICN believing the water rights were forthcoming so that UICN would not protest Nye’s regulatory applications to drill its own well in the same vicinity.”

As such UICN filed the suit against the county for breach of contract, specific performance, injunctive relief and inverse condemnation.

“As the complaint outlines, UICN made the decision to accommodate the county request for service and activated water and sewer service to the site. That service continues today. This was done with explicit assurances from the county that the appropriate water rights associated with Calvada Eye would be forthcoming as required in our original agreement. There have been continued assurances from multiple parties at the county, however, the water rights have yet to be conveyed,” said Tom Oakley, a spokesperson for Utilities Inc. “Obviously, there are significant discussions in all quarters regarding the basin-wide water issues and related public concerns about drilling new wells. This is especially true in an area where service is already available and active and certainly seems to eliminate the need to drill yet another well.”

“Our goal all along has been to work cooperatively with the State Engineer and Nye County toward a solution that is good for the entire community. And as always, we’re doing that within the parameters established by the Public Utilities Commission of Nevada regarding our rate structures, service requirements, etc. We always prefer negotiated solutions over litigation, but have been unsuccessful — despite repeated efforts — to reach resolution on this one,” Oakley added.

District Attorney Brian Kunzi, however, said the suit stems from an ongoing dispute between the county and utility concerning payment for water used for irrigation purposes.

“The county and UICN have had an ongoing dispute concerning the payment for water used for irrigation purposes. The county believed they would be allowed to pay an agriculture rate, which UICN claims was disallowed by the PUC. The county has made the decision to install a well to provide irrigation water at the Calvada Eye property. UICN believes it has the right to force a transfer of water rights for water service that will no longer be necessary even though all water service has been paid by the county. The county does not have an obligation to transfer publicly owned water for service that UICN cannot force the county to accept. The water rights UICN are expecting to receive for no cost is for water at the Calvada Eye that will not be used by UICN,” Kunzi explained.