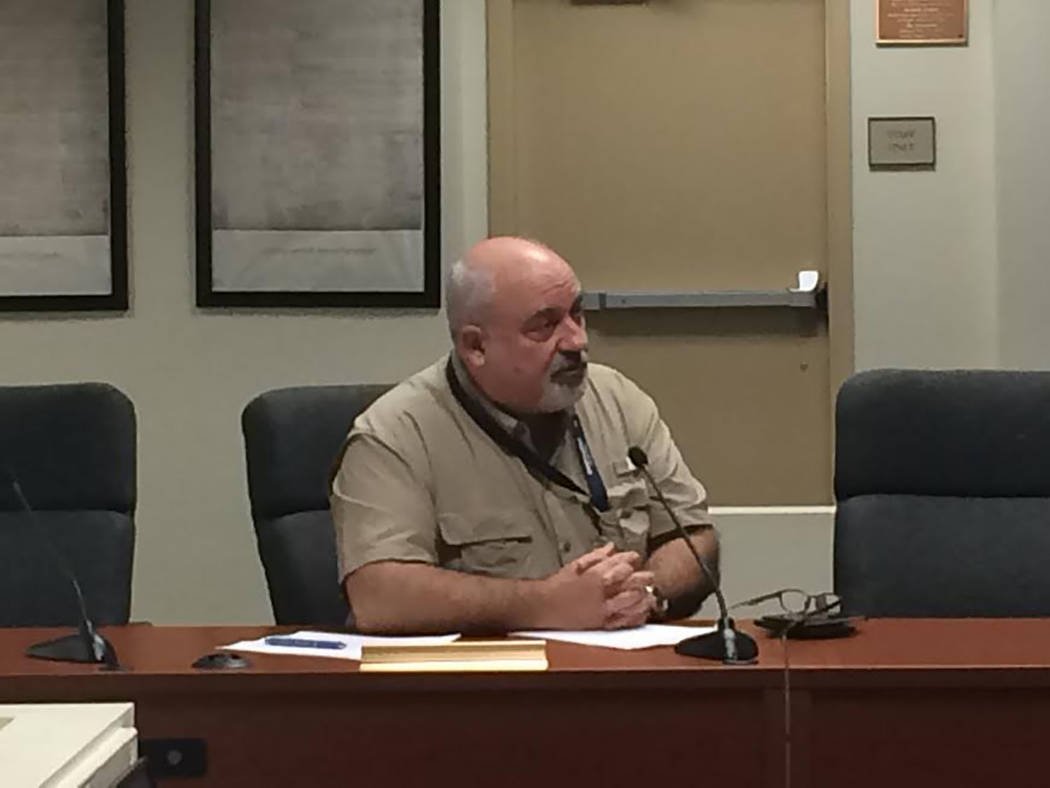 Robin Hebrock/Pahrump Valley Times Nye County Planning Director Darrell Lacy spoke with the Nye County Water District Governing Board in January. He explained that the Nevada state engineer order requested by the water board was having an unforeseen impact on the county planning department. 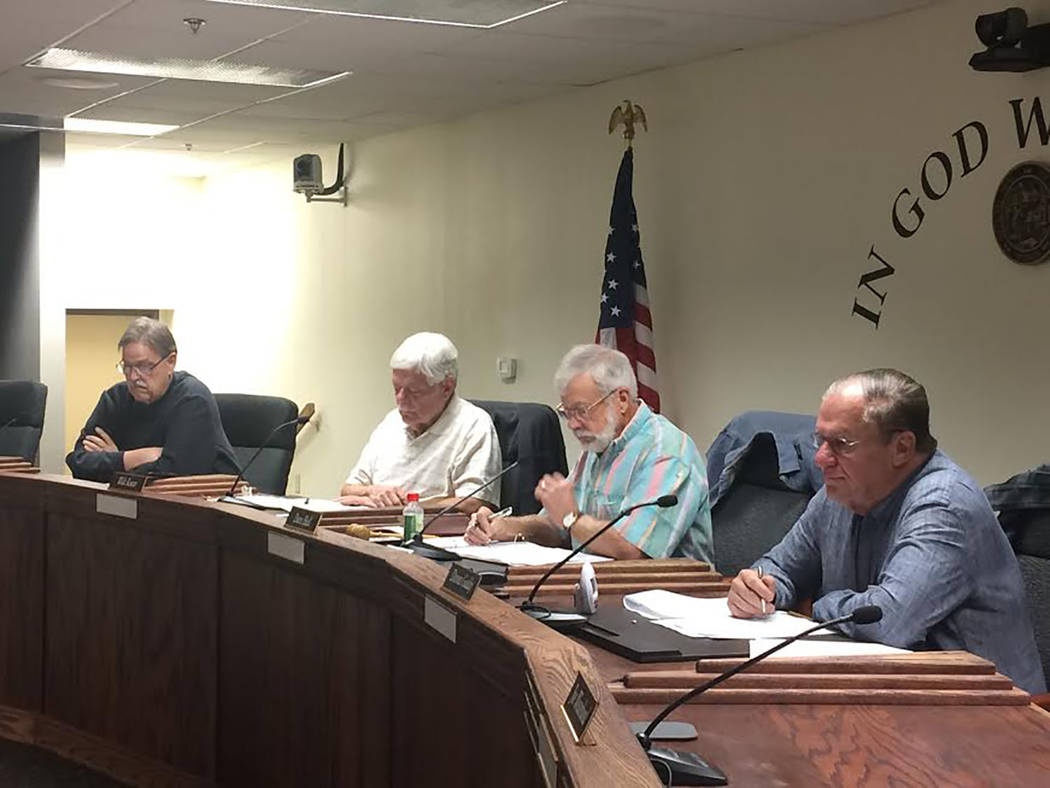 Nevada State Engineer Order #1293 has already had a huge impact on the town of Pahrump, even inspiring legal action by locals to stop the order, and now its effects have begun to leak into Nye County government.

Nye County Planning Director Darrell Lacy said his department is struggling to understand how to move forward in the face of the order, which has created questions around the home building process in the valley.

Changes to county code may be needed as well, he stated, to document whatever process planning decides on for dealing with property owners who wish to build on their as-yet undeveloped lots.

“As far as the domestic well order here in the Pahrump basin, all of that information and activity is coming through the planning department. We are trying to work with the Nevada Department of Water Resources to come up with a plan of action as to how we will be addressing these,” Lacy told the Nye County Water District Governing Board during its Jan. 29 meeting.

“There are just some implications, some unintended consequences from the order that we are trying to understand,” Lacy said.

The water board is the entity that requested Nevada State Engineer Jason King issue Order #1293, which created a new requirement for those wishing to build on their undeveloped Pahrump property.

Landowners are now required to relinquish two acre-feet of water rights for each new domestic well they plan to construct. For many, this means having to first purchase water rights, with recent estimates on the cost reported at $10,000 per acre-foot.

The order provided for two exceptions. Those domestic wells in need of replacement, reconditioning or rehabilitation are exempt. Properties for which water rights have previously been dedicated or relinquished in support of a domestic well are also exempt. However, nailing down which properties have already had water rights associated is proving a difficult task, resulting in problems at the county planning level.

Lacy stated that historically, for lots one acre in size or larger, Nye County Planning did not require proof of water as it was understood that these lots were legally authorized to have a domestic well. With the issuance of Order #1293, the process has become muddled, leaving the planning department with questions on how to proceed.

“Now that the new order is in place, we are trying to figure out what is the process, what kind of documentation is a property owner going to need to give us …” Lacy said. “We don’t have a good answer for you yet.” Lacy remarked that the major factor the county needed to focus on was deciding, “… at what level up front do we require that that development of water has been identified and a path forward has been assured to us (so) that we can give a building permit?”

Water board member Walt Kuver asked for details on how the process of planning works. Lacy said in the past, planning had never required a domestic well to be drilled prior to approval to build but Order #1293 has complicated things. “The challenge now is that some lots cannot drill a well without going through additional hoops, purchasing water rights or other things,” Lacy explained.

Kuver wanted to know how the Nye County Planning Department would go about identifying which lots could be developed as is and which would require water rights first. This is a key factor in the situation, as property owners and potential buyers will obviously want to know if they will be required to shell out thousands in additional cash in order to begin building on their land. The question has yet to be answered though, as Lacy noted.

“We don’t know yet,” Lacy replied. “It’s probably going to require a letter to DWR or something to that effect.”

Nye County Water District General Manager Oz Wichman assured the water board that Nevada Division of Water Resources is working on the issue of identifying which lots have already had water rights dedicated or relinquished in favor of a domestic well but with thousands upon thousands of records to sort through, the resolution could take some time.

“For Walt, for your question and for the public’s information, that notion of whether you have had water previously dedicated is a subject, absolutely, of Levi Kryder at DWR,” Wichman stated as the discussion drew to a close. “He is the basin engineer, and he is the pointman for these requests. And that answer has to come from them.”

Those seeking information on water rights in association with land in Pahrump’s Basin #162 should have their parcel number on hand.