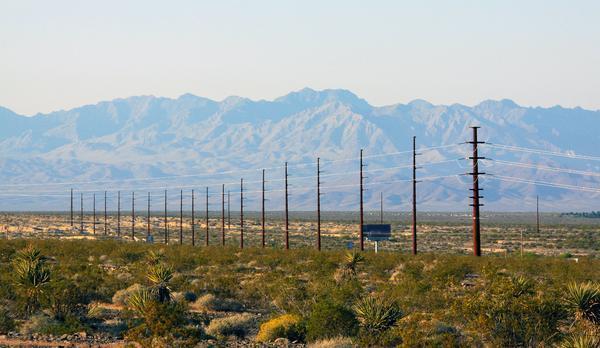 VEA said that 11,759 “yes” votes had been tabulated after the original deadline of Oct. 14 was extended to Nov. 14 after not meeting the threshold. A minimum of 11,620 yes votes were needed to attain a two-thirds majority of the membership as required by VEA’s bylaws involving the sale of a major asset. At the Oct. 14 deadline, there were only 10,800 yes votes.

CEO Tom Husted explained that the passing of the sale is a landmark day for the co-op.

“This day marks a turning point for Valley,” said Husted. “This new partnership with GridLiance creates enormous benefits for the cooperative and for our members. VEA will be able to assure reliable power at affordable rates. We will be paying down a significant portion of our debt, and members will enjoy reduced rates, a prolonged period of rate stability, a cash premium of $579 and the largest capital credit retirement in the cooperative’s history.”

Husted went on to say the deal was more than just a sale of one of VEA’s major assets.

“It is a partnership. GridLiance is one of the country’s foremost transmission companies,” he said. “The size and scope of GridLiance will allow it to expand the high-voltage system the way it should be but which would have been impossible for VEA on its own.”

President and Chief Executive Officer Ed Rahill, of GridLiance echoed Husted’s statement and stated they were behind the decision to extend the voting period.

“We are pleased to partner with Valley Electric Association to provide transmission solutions that will meet their needs and bring additional value to their region and member-owners,” Rahill said. “We support VEA’s desire to give ample time through November 14 for every member who wants his or her vote counted to express an opinion on the transaction. This interim development, with VEA having obtained the minimum votes required to approve the planned sale of its high voltage transmission system, is a welcome and significant step toward completing the acquisition process.”

Various details need to be finalized before the sale can be closed. Following the member meeting on Nov. 14, VEA and GridLiance officials will start the process of getting the necessary regulatory approvals to close the sale.

“As soon as all the loose ends are tied up, rates will be cut by 9.9 percent, $579 checks will be cut to all members as of Oct. 14, and we will retire capital credits,” Husted said.

Money from the sale will be set aside to issue those one-time payments to all VEA member-owners of $579. The 9.9 percent rate cut will rescind the rate hike that VEA put into effect in July.

Under the agreement, GridLiance will contract with VEA long term to operate, maintain and manage the system, keeping local jobs that VEA provided to maintain and operate the system in place.

The acquisition will not affect the remaining transmission distribution facilities owned by VEA.

The 164 miles of transmission lines run north and south out of Pahrump, connecting the VEA system to the regional transmission grid. The system was an entirely self-funded project that created a crucial redundancy, or backup service, to electric users so they would not have to face brownouts or blackouts that plague other areas of the nation.

The system cost $90 million to construct and took 15 years to complete, increased in value after VEA joined the California Independent System Operator Corporation (CAISO) in 2013.

While building the system created much-needed reliability for VEA, the cost of ownership (debt service, operation, maintenance and depreciation) is high. As the demand for renewable energy resources in California continued to increase so did the value of VEA’s high-voltage system, which is now part of the California service area.

The whole process to attempt to sell the transmission system began in May when VEA issued a request for proposals to sell the system. Several companies submitted formal bids, after which two finalists were picked and evaluated further by the VEA board before selecting GridLiance as the successful bidder.

GridLiance will pay net book value for the assets, assume outstanding debt, and provide additional value that brings the total consideration to over $200 million.