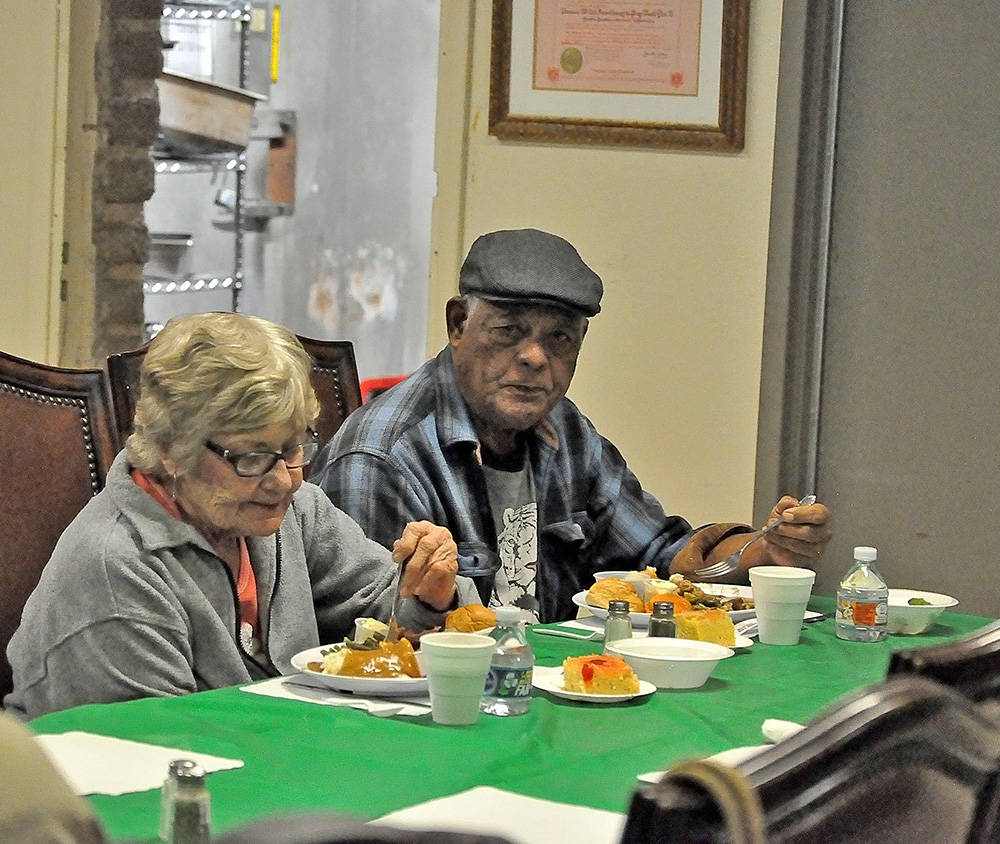 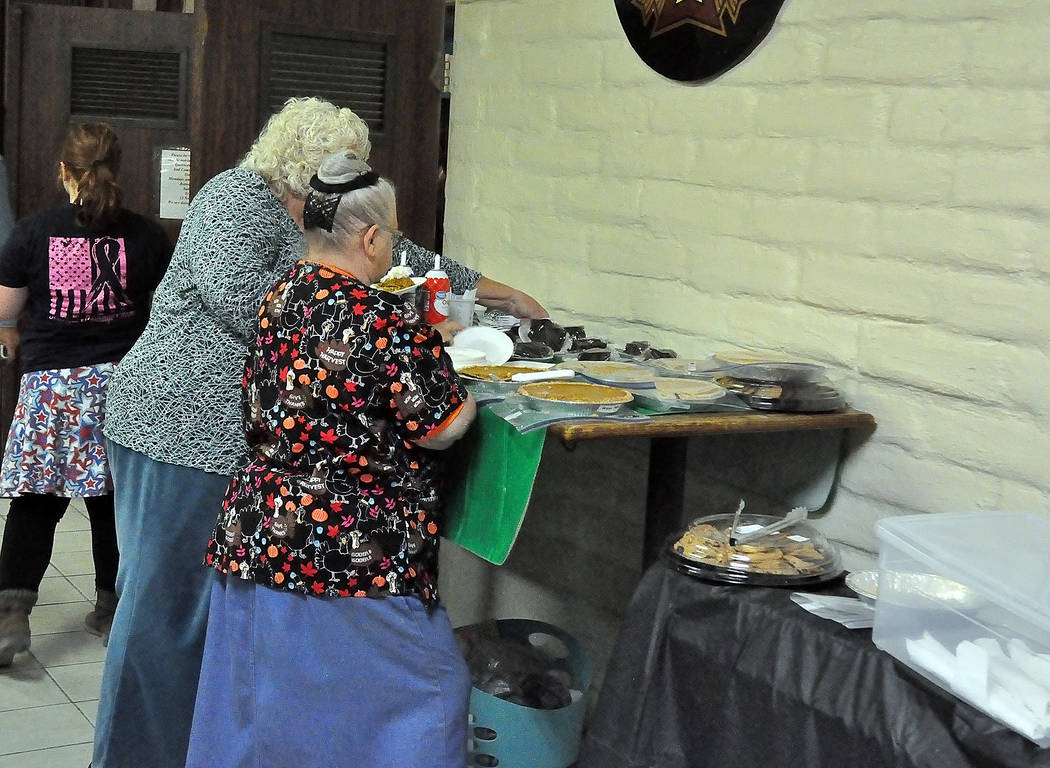 Horace Langford Jr./Pahrump Valley Times - In true Thanksgiving style, there was plenty of pie and sweets for veterans to enjoy after devouring their delicious, free turkey meal. 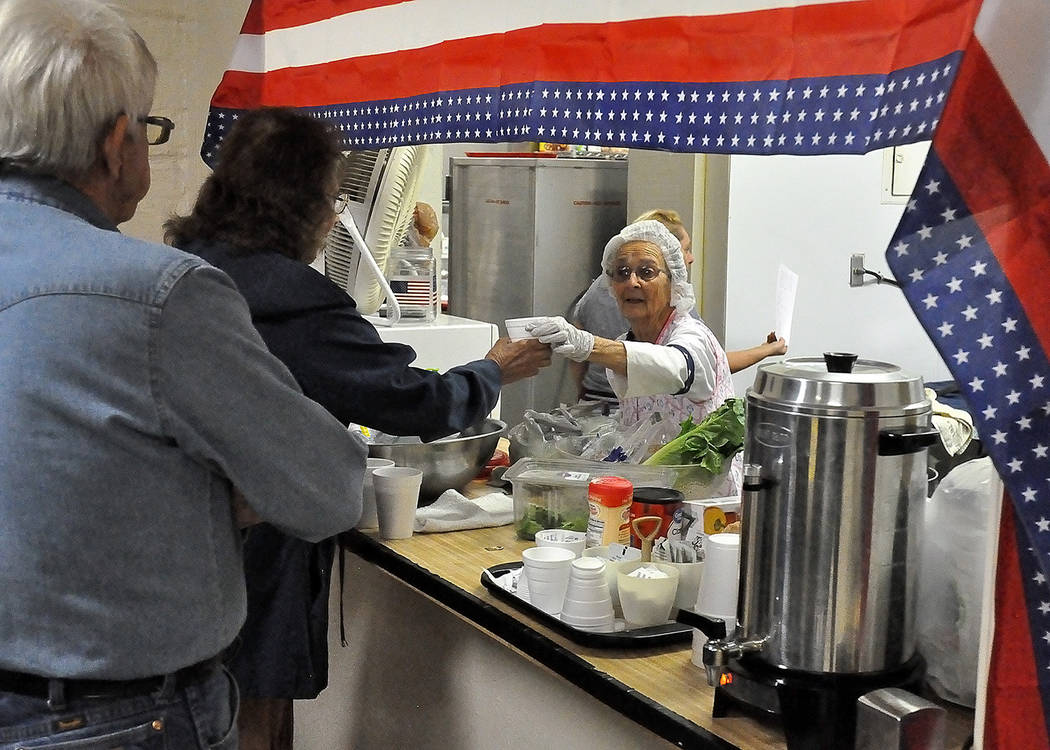 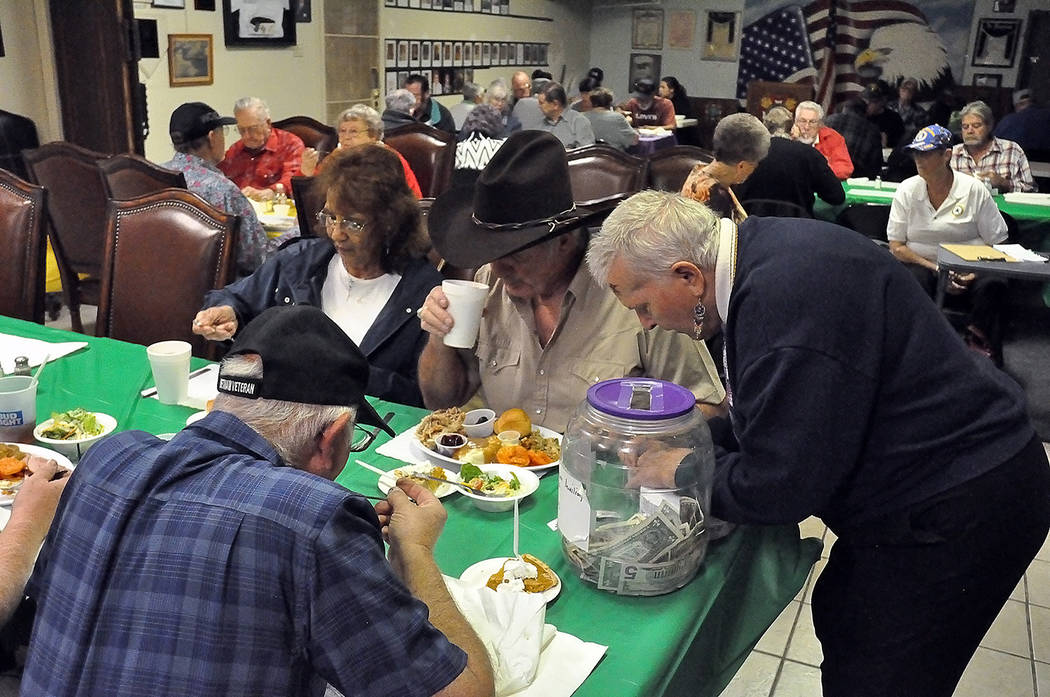 Horace Langford Jr./Pahrump Valley Times - Raffles prizes and a 50/50 drawing were part of the fun during the American Legion's free turkey dinner for veterans, hosted Nov. 16.

While residents undoubtedly have a vast array of different reasons to be thankful this season, freedom is one thing that everybody can join in sharing their appreciation for. But freedom does not come without cost.

It is a gift bestowed on the American people by the brave men and women who have served in the U.S. armed forces and sacrificed to keep this country and her citizens safe. With this in mind, what better time of year to give back and thank veterans than Thanksgiving?

That is just what the American Legion Post #22 in Pahrump and its dedicated team of American Legion Auxiliary members did last Friday, Nov. 16, hosting their annual event that brings valley veterans together for a free turkey dinner and plenty of camaraderie with a holiday spirit.

“We were expecting about 75 people and we ended up getting about 120,” American Legion Post #22 Commander Lance Roy Schaus said following the event, obviously pleased at such a large turnout.

“Everybody was taken good care of and there were gifts for drawing, that was fun. It was a really good time, the dinner was great. Linda Smith, the head of the American Legion Auxiliary, and the entire auxiliary crew cooked the dinner for everyone and it was held at the VFW post because the American Legion doesn’t have its own place, so we share facilities with the VFW. And that is a good and happy combination there, we get along real well, it’s a good partnership.”

Schaus explained that the event regularly falls right between Thanksgiving and another major holiday, Veterans Day, creating a perfect time for former military members to gather for an evening of good food and good company. Veterans were treated to much more than a free dinner, however, with raffle prizes up for grabs, including a free ham and a free turkey, as well as a 50/50 drawing that left the winner $120 richer.

Schaus said that overall the event was fantastic and something all who attended were able to enjoy.