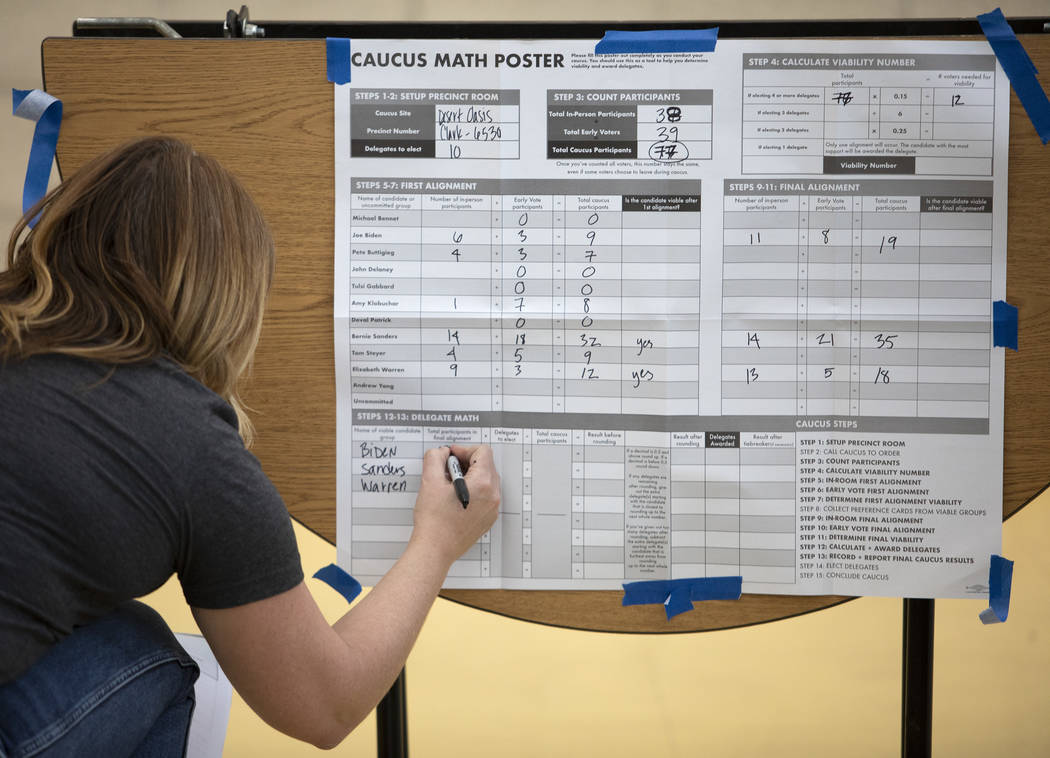 The Nevada Democratic caucuses were so successful that the state party wants to make sure they never happen again. Usually political spin isn’t so self-contradictory.

That resulted in Sanders earning 22 out of a possible 32 delegates to the national convention.

Those results didn’t come in right away. As Politico reported, 24 hours after the caucuses started, 40 percent of precincts hadn’t reported anything. That made it unclear who had finished second through fourth. For perspective, Iowa Democrats put out 60 percent of their state’s results at around the same time after their caucuses.

Sometimes it’s better to be lucky than good, and Nevada Democrats were fortunate in two ways. First, the disaster in Iowa lowered everyone’s expectations. Second, the race wasn’t close here, as it was in Iowa. After the release of just a few results, the media were able to declare Sanders the winner in Nevada.

That’s not to say the Nevada caucuses ran smoothly. A review by the New York Times found errors in at least 9 percent of precincts. This included candidates receiving delegates to the state convention even though they didn’t meet the viability threshold. There’s no reason to think this is a partisan problem. Asking thousands of volunteers and voters to make tens of thousands of math calculations is going to produce errors.

The campaign of former South Bend Mayor Pete Buttigieg sent a letter to the state party asserting it needed to fix “errors and inconsistencies” it had identified. His campaign believes there were numerous problems with incorporating the early voting ballots on the day of the caucus.

Little wonder, then, that officials with the Nevada Democratic Party simultaneously called the caucuses “successful” and urged the state to abandon them. Former Sen. Harry Reid, state party chair William McCurdy II and Gov. Steve Sisolak have each said Nevada should have a presidential primary.

That’s a reversal from just a few years ago. In 2015, Republicans controlled the state Senate. They passed a bill that would have given Nevada a presidential primary. Senate Democrats opposed the bill. Some Assembly Republicans opposed the bill, thinking it would hurt candidates such as Sen. Rand Paul.

Then-Assemblyman Harvey Munford was a Democrat who supported the bill in committee. That earned him a call from Reid, who implored him to switch course. He worried Nevada would lose its early-state status if the measure passed. The bill didn’t make it out of the Republican-controlled Assembly.

Now, after their “successful” caucuses, Democrats can’t switch to a primary fast enough.