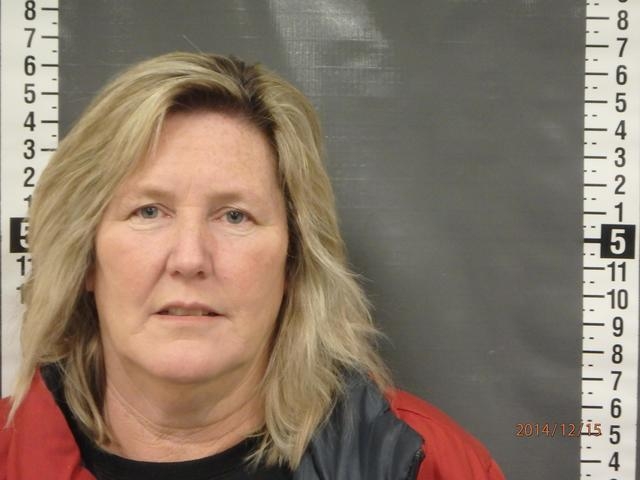 A bench warrant has been issued for Pahrump resident Deanna Tovar for missing a court date related to contracting work without a license.

Tovar is facing felony charges of engaging in business or submitting bid without contractor’s license, third offense, and obtaining money under false pretenses from older person in two separate cases.

According to a complaint filed by the district attorney’s office, Tovar “willfully and unlawfully engage in the business or act in the capacity of a contractor within this state or submit a bid on a job situated within this state, without having an active contractor’s license.”

Tovar has a 2013 conviction for operating without a license, and she pled guilty in September in another case.

The district attorney’s office and the state Contractor’s Board declined comment citing the ongoing investigation and court case.

Toomey, who is 74, said she had a variety of work scheduled on her property by Tovar, and is working with the district attorney’s office as well as the Nevada State Contractors Board in an effort to recoup some of her money. She said tried to maintain the property by herself after her husband passed away but it became too much and although her grandson would often travel to Pahrump to help, he has not been able to continue because of work commitments.

Toomey explained that she got Tovar’s information from the owner of Bedrock Landscape, Brent Wilson, who has Tovar’s contact information on Bedrock’s business card.

“So I contacted Deanna and she gave me a starting price of $5,000 with half up front,” Toomey said.

“Unfortunately, after over two months, I didn’t hear from her,” Toomey said. “The next time I heard from her was August 9, 2013 and when she called me she began asking for more money for materials. This time she wanted $2,000.”

When Toomey demanded that Tovar finish the work she had started, Tovar quit showing up and ceased any further communication, according to Toomey. When Toomey refused to pay any more money, Tovar threatened to put a lien on her property.

Vining explained that Toomey returned to Bedrock Landscape to talk with Wilson about the whereabouts of Tovar and Wilson said that he had “No knowledge of anything to do with this.”

Toomey showed an entire folder of documents with Tovar’s name and signature on each one showing the intended work to be done. However, the victim explained that when she requested receipts for proof of the cost of materials, Tovar told her that because she buys in bulk she could not provide any receipts.

Toomey’s homeowners’ insurance would not cover any claims concerning any areas of the property that Tovar had constructed because the work was not up to state code. Toomey explained that Tovar would use her kids to get sympathy from Toomey in order to get more money however, when Toomey began to get suspicious, Tovar ceased all communication.

One of Toomey’s neighbors, Glenda Magnuson, said that Tovar was supposed to fix her driveway during the summer.

“She charged me $5,000 to fix my driveway and the work is still not done,” Magnuson explained.

After filing charges against Tovar, the victim explained that Tovar contacted her and “begged me not to press charges against her. But, I have had enough,” Toomey said. “She took my money and now I’ve got nothing to show for it. Currently, I’ve got a number of bids with various businesses to help me figure out how much more money I would need to get this place up to code and this is now coming out of my own pocket.”

After all the work is done, Toomey will still have to have her property re-inspected for insurance purposes.

When contacted for this story, Wilson said, “I know Deanna. She’s a regular customer of mine. She buys a lot of rock from me.” Wilson refused to comment further.

A second victim listed on the criminal complaint lists paying $9,066 for work that included installing an irrigation system and/or sod and/or flagstone.

Tovar declined to comment until the case is resolved.

“When I get my chance, I will contact you for my side of the story.”