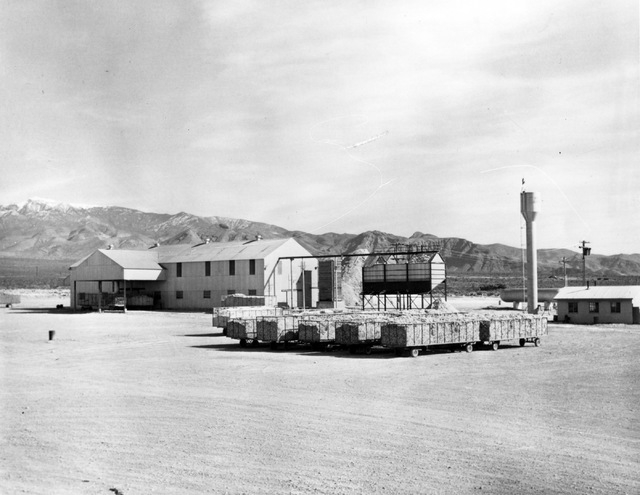 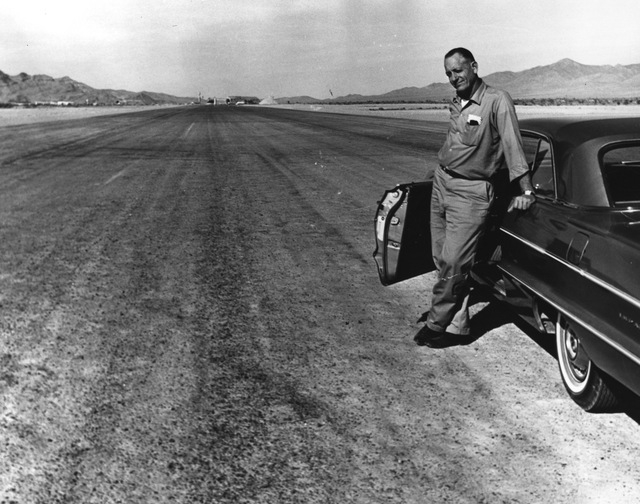 Editor’s Note: On Saturday, March 12, at 1 p.m., Mark Williams, son of former Pahrump Ranch owner Walt Williams, will discuss the history of the cotton gin in Pahrump at the Pahrump Valley Museum. The following is background to that talk.

Native Americans had known about the magnificent springs in Pahrump Valley for a long time, probably thousands of years. The land that became the huge Pahrump and Manse ranches was occupied by white ranchers by the 1870s.

Over the following 70 years, the Pahrump Ranch passed through several different owners. In 1936 John R. Hughes of Porterville, California, along with some associates, purchased the nearly 12,000-acre ranch. Hughes, who had a background in cotton farming, moved his family, including his teenage son Leon, onto the ranch, where they planted grain and alfalfa. In 1937 Hughes planted 600 acres of cotton, most of it on virgin ground. Unfortunately, only the cotton planted where alfalfa had previously grown thrived. He soon went bankrupt because of his failed cotton venture and the loss of a large number of hogs to disease, and left the area.

In 1946 Hughes’ son Leon returned to the Pahrump Valley. Leon and a partner rented 120 acres of the giant Manse Ranch from Elmer Bowman, who had recently purchased the property from a Dr. Cornell of California. “What are you going to grow on it?” Bowman asked Hughes.

“Do you think you can grow cotton here?” Bowman asked, no doubt having heard of Hughes’ father’s failure.

“I know damn well I can if I get a chance,” Hughes replied. He knew he could! The 120 acres he had rented had previously been in alfalfa.

In 1948 and 1949, Hughes produced good cotton crops. Others in the valley observed his success and followed. Cotton growing quickly became the mainstay of the Pahrump Valley economy.

Walter J. (Walt) Williams was born in Comanche, Texas, in 1918. After spending time in California during World War II, he returned to Texas and in 1947 entered the cotton-growing business in the Pecos area. Though quite successful, by the mid-1950s he became concerned about the future water supply. There had been considerable agricultural development in the area, all based on pumping groundwater. In the ten years Williams had been in the Pecos area, the groundwater level had dropped from 30 feet to 200 feet.

Williams began to think about other opportunities. In 1957 he noticed an ad in the Fort Worth Star Telegram for a huge ranch with a 1,000-acre cotton allotment in Pahrump Valley, Nevada, located 60 miles from the growing community of Las Vegas. Williams decided to check out the ranch, rationalizing the trip by thinking, at the very least, he’d get to see Las Vegas. He flew to Las Vegas and checked out the Pahrump ranch. He took water and soil samples home and they proved to be of excellent quality.

Williams and a partner purchased the Pahrump Ranch in 1957 from C. B. Dickey Associates of Arvin, California, for $400,000—about $30 per acre. The property consisted of just under 12,000 acres and 16,000 acres of leased grazing land in the hills east of the ranch. Included was a 1,000-acre allotment for growing cotton, representing about 30 percent of Nevada’s cotton-growing allotment, nearly all of it in Pahrump Valley. Others growing cotton in the valley at that time included Dale Dorothy, Tim Hafen, Bob Ruud, Ted Blosser, and the Bowman family on their Manse Ranch.

When he began, Williams found the ranch had been neglected. There was erosion, irrigation ditches were in bad shape and fields were infested with weeds. He rushed to plant a crop in 1957. By 1959, he was growing his full cotton allotment of 1,000 acres. He rotated cotton and alfalfa on a three-year basis for the two crops.

Though cotton grew well in Pahrump, the valley was not in an ideal location. Most farmers agreed it was a little too far north and the season a little short at the end. But the quality of the cotton produced was excellent.

From the beginning there was a big problem for cotton growers in Pahrump—getting their crop to market. The cotton had to be trucked a long distance to market in California.

Each spring, Williams required financing for his crop. In 1958 Charlie Piercy of the Arizona Cottonseed Products Company provided financing.

All the growers in Pahrump recognized the valley’s cotton-growing enterprise needed a gin to eliminate having to transport their newly-harvested crop long distances for processing. Charlie Piercy was eager to work with Williams and the other Pahrump cotton growers, and in 1959 constructed Nevada’s first and only cotton gin on land donated by Walt Williams. Growers no longer had to bale their cotton in hay balers and truck them to California for processing.

In 1970, Walt Williams sold the Pahrump Ranch to Preferred Equities for $3.5 million. The new buyer undertook subdivision of the ranch, ushering in another new era in Pahrump history. Cotton production ceased in Pahrump Valley in 1983.