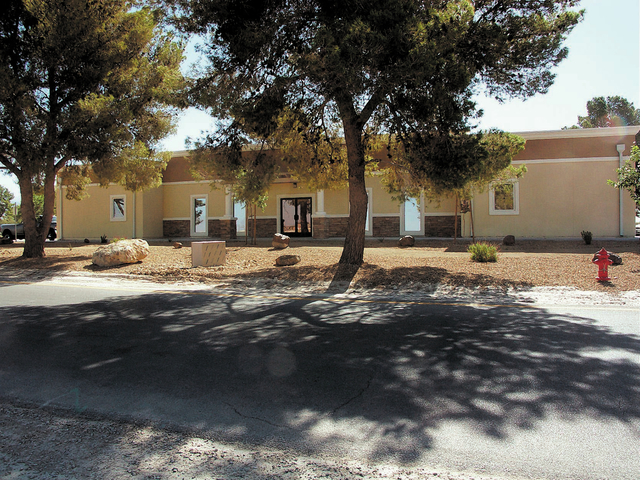 As government offices remain closed due to the partial shutdown this week, many local residents who receive public assistance are rightly concerned about their future.

Many of the residents happen to be mothers with infant children.

WIC stands for Women, Infants and Children Food and it provides funding for low-income mothers to feed themselves and their children.

In an email sent this week to Nevada WIC clinics, Michele Walker, Health Program Manager for the Nevada WIC Program, said services will continue as they are at least for the next several weeks.

Between Pahrump and Tonopah the agency provides services to more than 900 clients.

Mary Woods from the Nevada Department of Health and Human Services said in light of the shutdown, clients can still expect the same level of services — at least for now.

There are 45 WIC offices administered by the state of Nevada but the program is 100 percent federally funded for both food and administration costs.

On Wednesday, one young mother who identified herself as Janet, said she for a time relied on WIC’s assistance program.

She also said the agency provided valuable information as well as other assistance for herself and for her child.

“It was about $40 a month for the amount of food I was getting. After my daughter Hazel was born, I was on it for about a month or so, but I was breast feeding so I really didn’t need the formula,” she said.

In order to continue receiving federal assistance, WIC clients, Janet said, are required to meet with case workers who provide counseling for the new or expecting moms.

“We had to go in quarterly each year and talk with the social worker about if we wanted to change anything about the program or change the food we were accepting,” she recalled.

Unlike many mothers who receive assistance, Janet said she didn’t have to rely on the program for an extended period of time.

Still, she said she was grateful to have such a “safety net” for her and her daughter at the time.

“They did help me out a lot with information regarding breastfeeding, which was really, really helpful, and they were there to talk about my health and pregnancy. It was really informative especially the information they provided,” she said.

Nationally, more than 8 million mothers and children receive benefits under the WIC program, which serves 53 percent of all infants born in the U.S.

A press release issued from the National WIC Association office in Washington, D.C. on Thursday stated services across the country will continue for the time being.

“Despite the government shutdown that ceased funding for the Special Supplemental Nutrition Program for Women, Infants and Children (WIC) earlier this week and put nearly 9 million vulnerable mothers and young children at risk of losing critical nutrition and healthcare services, WIC Programs have found their footing with the help of temporary operating funds to keep WIC open through Oct. 31. For now, State WIC Programs are operating in an environment of tremendous uncertainty, relying on unspent funds from the last fiscal year, limited cost-containment revenue, and the finite amount of contingency funds provided by USDA,” the release stated.

Meanwhile, the Rev. Douglas Greenaway, president and CEO of the National WIC Association, gave a public statement characterizing the situation as grim.

“If Congress fails to pass a ‘clean’ continuing resolution before month’s end, many WIC Programs across the nation will run out of operating funds.”