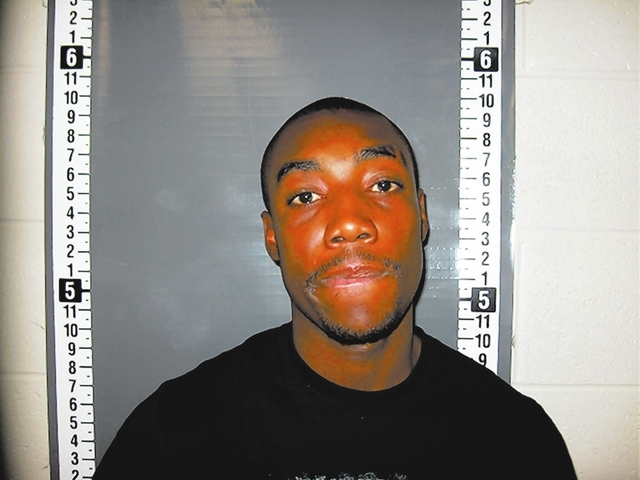 One man is in custody after he allegedly stole $10 from a woman and then pulled a gun on her when she asked him to give it back.

Nikita Wright, 26, was arrested Friday morning on charges of robbery with a deadly weapon, burglary and petit larceny after police were called to a trailer located at 680 East St., for a report of a robbery.

According to an arrest report in the case, a Nye County Sheriff’s deputy was first called to the victim’s trailer around 9:30 a.m.

When she arrived, the officer was told by the victim Wright had come to her trailer to use the bathroom. The woman said he then “made himself at home,” and “peed all over her bathroom,” before he took $10 from her table where she had laid her money down after she returned home from work the night before.

The victim then told police when she told Wright to give the money back, he refused and instead showed her a gun he had in his pants. She said she then grabbed the money, at which time Wright allegedly stepped in front of her and pulled the gun from his pants and pointed it at her.

The woman said she then pushed Wright out of the trailer and locked the door behind him.

After taking a statement from the victim, police were called back to the same trailer close to an hour later around 10:20 a.m. for a report that Wright had returned to the residence.

When the initial responding deputy arrived back on scene, a second officer reportedly had Wright and another male, later identified as the victim’s boyfriend, at gunpoint.

Wright was subsequently placed under arrest for charges related to the case. A search of his person after he was taken into custody, however, did not reveal a gun or any money in his possession.

As of Tuesday morning Wright remained in custody at the local sheriff’s office detention center in lieu of $35,000 bond or $2,000 cash.