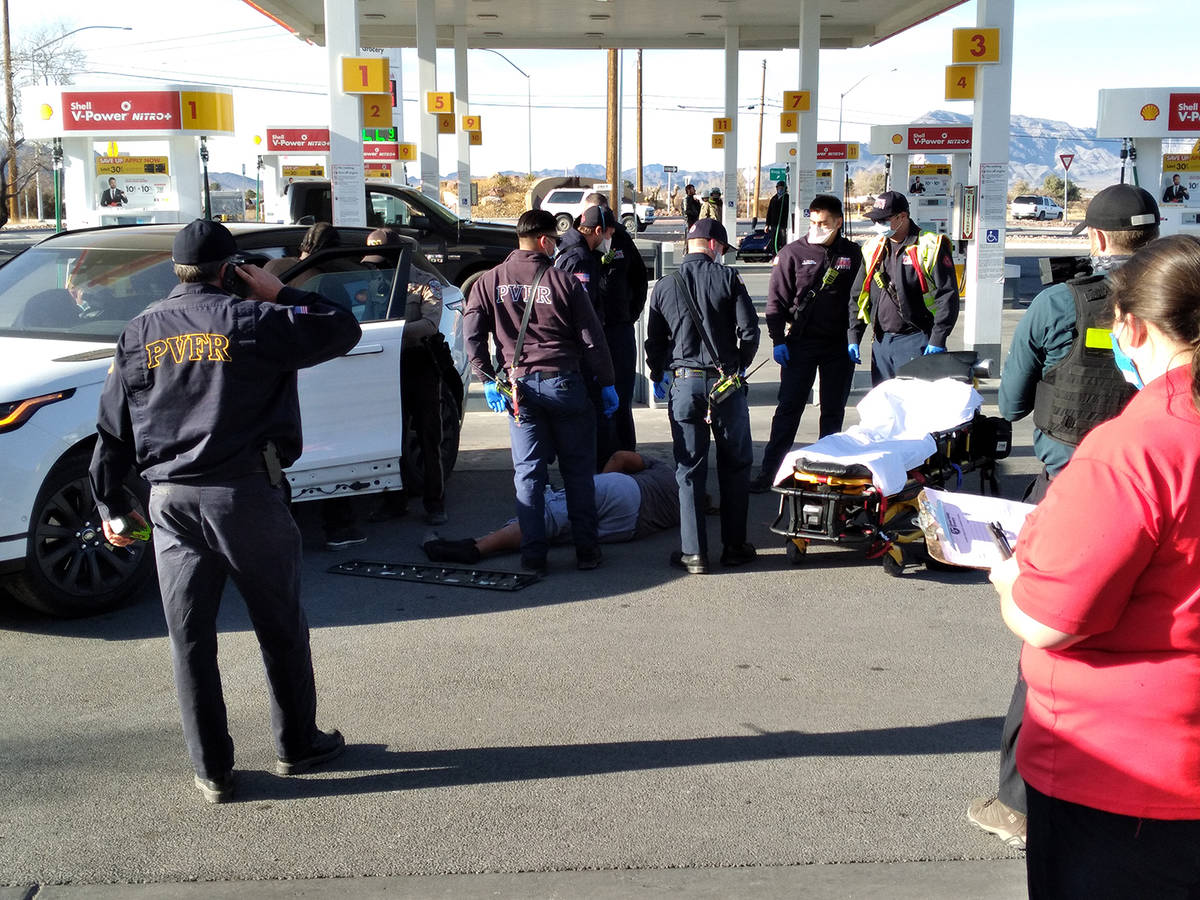 Selwyn Harris/Pahrump Valley Times A woman was transported to Desert View Hospital after she was run over by her own vehicle last Tuesday, Jan. 5th, just after 2 p.m. The unidentified driver is expected to recover from her injuries.

Initial reports on scene indicated that the vehicle’s transmission was still in the drive mode as the woman attempted to exit the late-model white SUV, suffering injuries to her lower extremities at approximately 2:15 p.m.

“Crews responded and found the pedestrian, motor vehicle accident as described,” said Pahrump Valley Fire and Rescue Services Chief Scott Lewis. “Crews completed a quick medical assessment and determined that the patient suffered a lower extremity injury and was transported to our local hospital. Right now it’s hard to determine the extent of her injuries but obviously the patient is in distress.”