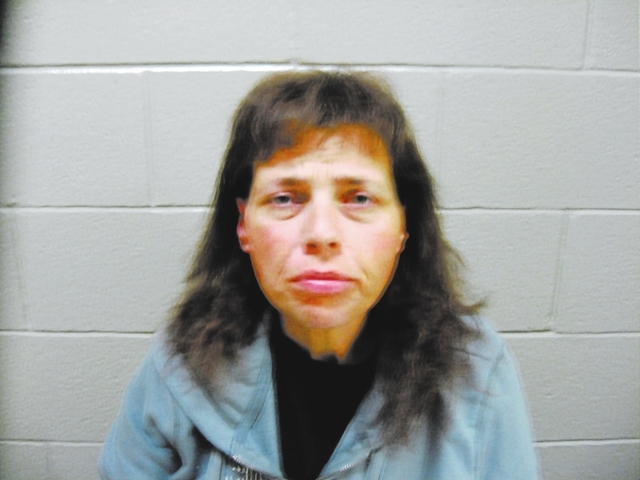 A woman charged in March with stealing more than $60,000 from a local elderly couple was sentenced to do jail time Monday.

Angela Sanchez, 45, was facing 10 years in prison, but was given six months in the county jail instead. A District Court judge in the case placed her on probation for five years in lieu of a recommended four-to-10-year prison sentence, which was suspended. The convicted swindler was ordered to pay restitution or face the prison term in the future.

Had Sanchez gone to trial, prosecutors say they would have shown that she stole the money from the victims’ bank accounts, using the cash to fund such extravagances as shopping trips and even a vacation to Bullhead City and Laughlin.

Sanchez’s defense attorney argued that his client simply got carried away after becoming close to the victims.

“I tried my best to figure out what happened in this case. My belief is that my client went into this with absolutely good intentions,” said Sanchez’s defense attorney, Harry Kuehn. “I think what happened is that after helping these people and doing errands, a sense of entitlement arose.”

Kuehn said it took some time for Sanchez to understand how much money was even involved.

“My client, it took a while for her to accept the shock of just how much money was involved.”

Sanchez admitted to the court that she did get carried away, but tried to pin some of the blame on the victims’ daughter, who she said refused to properly care for her elderly parents.

“I did everything for these people,” Sanchez said.

While speaking to the judge, Sanchez was interrupted by the victims’ daughter, who testified at the hearing.

“She’s lying, straight across the board lying,” the woman shouted from the gallery.

Deputy District Attorney Michael Vieta-Kabell said the daughter and her mother worked closely with prosecutors to piece together the extent of Sanchez’s criminal activity.

“I find the defendant’s comments to be despicable,” the prosecutor said. “She clearly eked her way into the lives of two people just as they were having a nice retirement; she ripped them off for a breath-taking amount of money, judge.”

Vieta-Kabell noted that the department of probation and parole was recommending the stiff prison sentence for Sanchez despite her not having much of a criminal record.

“It’s kind of interesting when you see the department of parole and probation recommend 48 to 120 months on someone who has only had a drug diversion and one other case with no disposition. I think you can see why, because this is a reprehensible crime. She took advantage of people that were vulnerable and took a shocking amount of money from them,” he said.

Judge Robert Lane used the opportunity to expound on how courts and police officers and jailers today are primarily responsible for teaching society about morality. He said he is amazed at how many people, particularly thieves, come before him and express almost no remorse for stealing from other people.

“To most normal people that is a horrible thing to do, to steal from an elderly couple over and over and over until you get to $60,000 plus. That’s why they recommended a serious sentence and that’s why most of society would agree that a prison sentence of four to 10 years, which is what they are recommending is an appropriate sentence,” the judge said.

He appeared to struggle with accepting the plea agreement that Sanchez made with the district attorney’s office. He doubted any restitution would be paid.

“The problem with that as everybody involved in the system knows, unless you have a good paying job, we’re probably not going to see anything. We’ll see you back here in six months, a year, you’ll have hardly paid any of the restitution and we’ll be making all these arguments all over again, whether you should go to prison or not,” he said.

Sanchez said she would like to stay out of jail and attempt to pay the money back.

“I would like to stay out and pay restitution. But I am prepared today to go to jail. I have all my medicines with me and I’m ready to go. I’m leaving it in God’s hands, besides yours. I’m a very religious woman,” she said.

Lane finally agreed to probation in the case but decided to sentence Sanchez to at least some jail time to make a point that the courts won’t tolerate criminals victimizing elderly people in the community.