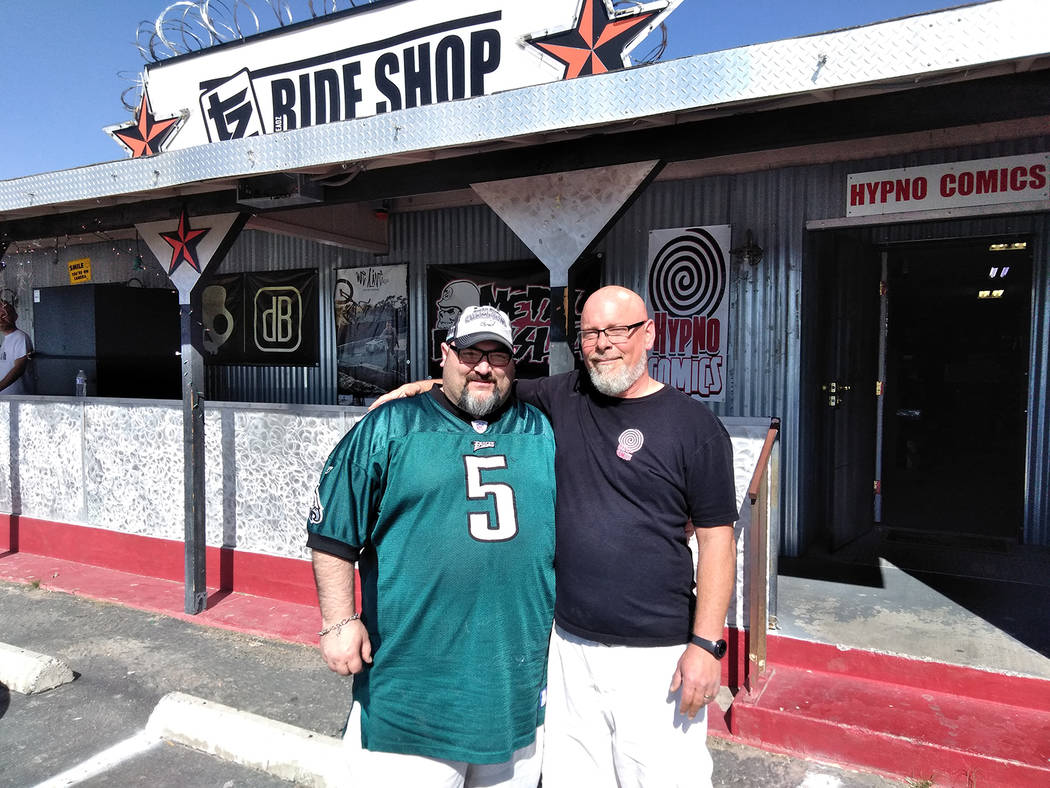 Selwyn Harris/Pahrump Valley Times Richard Ingersoll, left, and George Chase are inviting the community to a special youth fundraiser on Saturday. The fundraiser, including a dunk tank, face painting and free goody bags at 1231 S. Loop Rd., is described as a family-friendly event scheduled from 11 a.m. to 3 p.m.

The business is one of several involved in the event.

“This is being organized by the 4-H Club here in town,” he said. “Threadz is participating, as well as the guys at Lowlife Tattoo. My business, Hypno Comics, is also involved. I will be giving away a free goody bag for the kids, as well as the comic book fans who are a little bit older.”

Co-organizer Richard Ingersoll said the fundraiser will provide for much fun in the sun this weekend.

“We’ve got a dunk tank and we have some teachers who volunteered to actually get into the dunk tank,” he said. “I’m sure it’ll be a lot of fun for the kids to dunk some of their teachers during this event. We’ve got several different businesses involved in this including Hypno Comics, Threadz, and Hands-On Graphics.

At the event, $3 tacos and $1 hot dogs will be also served up to generate funds for the effort.

Last December, the youths sustained severe burns while performing a controlled burn at a property on Leffner Court.

At the time, Pahrump Valley Fire and Rescue Services Chief Scott Lewis said crews were dispatched to the home after neighbors heard screams.

Of the three victims, two were airlifted from Desert View Hospital to the Burn Center at UMC Trauma in Las Vegas.