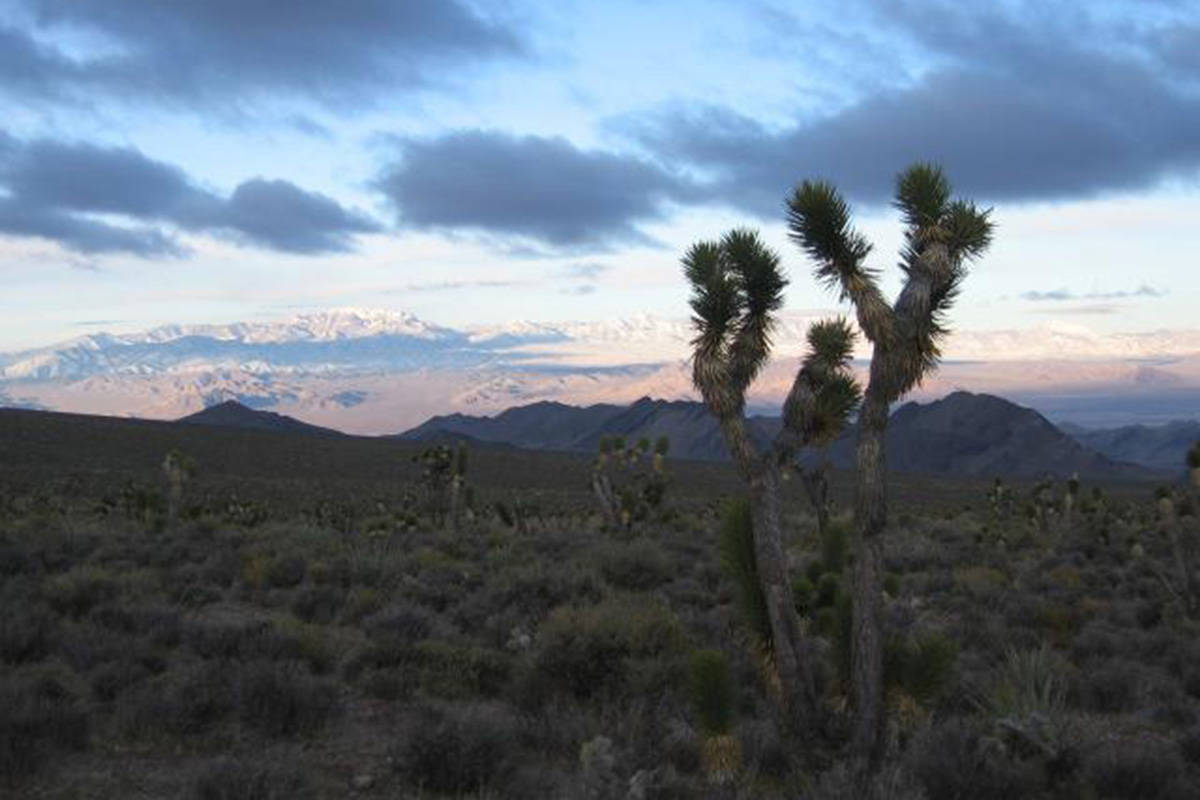 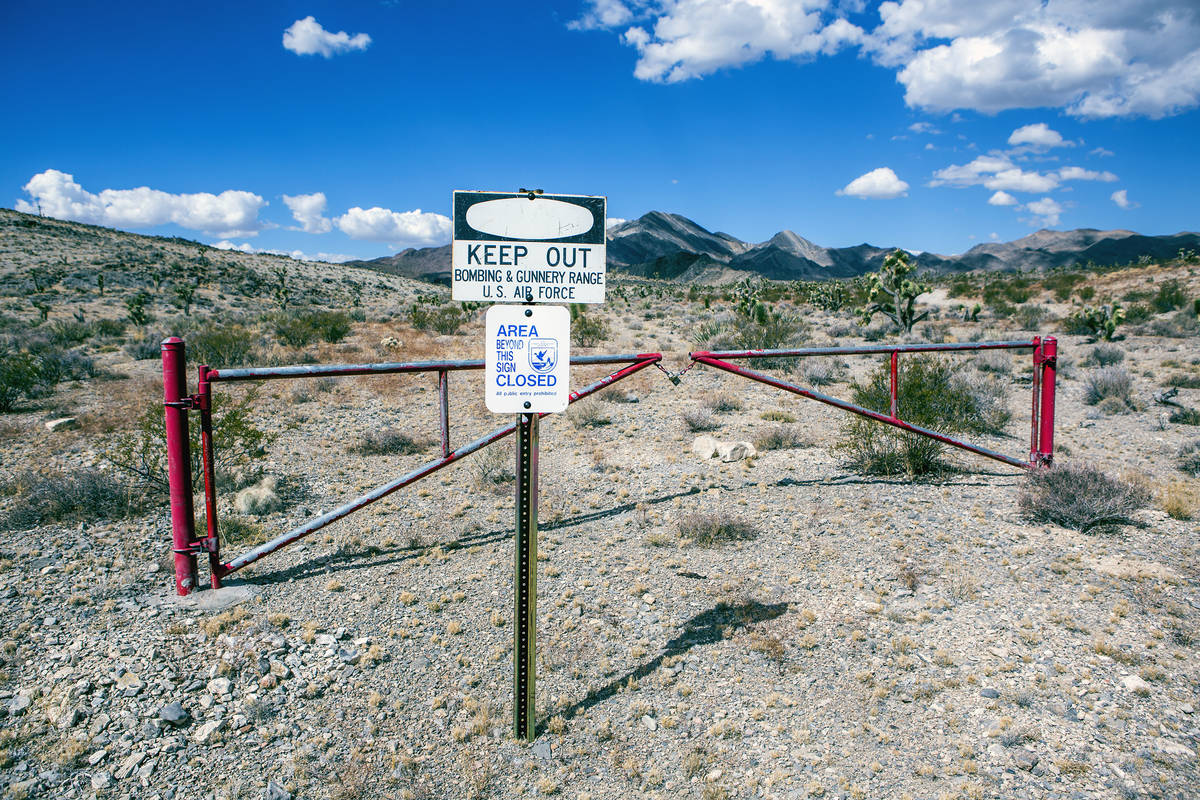 Jeff Scheid/Las Vegas Review-Journal A sign is posted in the Desert National Wildlife Refuge warning travelers not to trespass on the gunnery range. 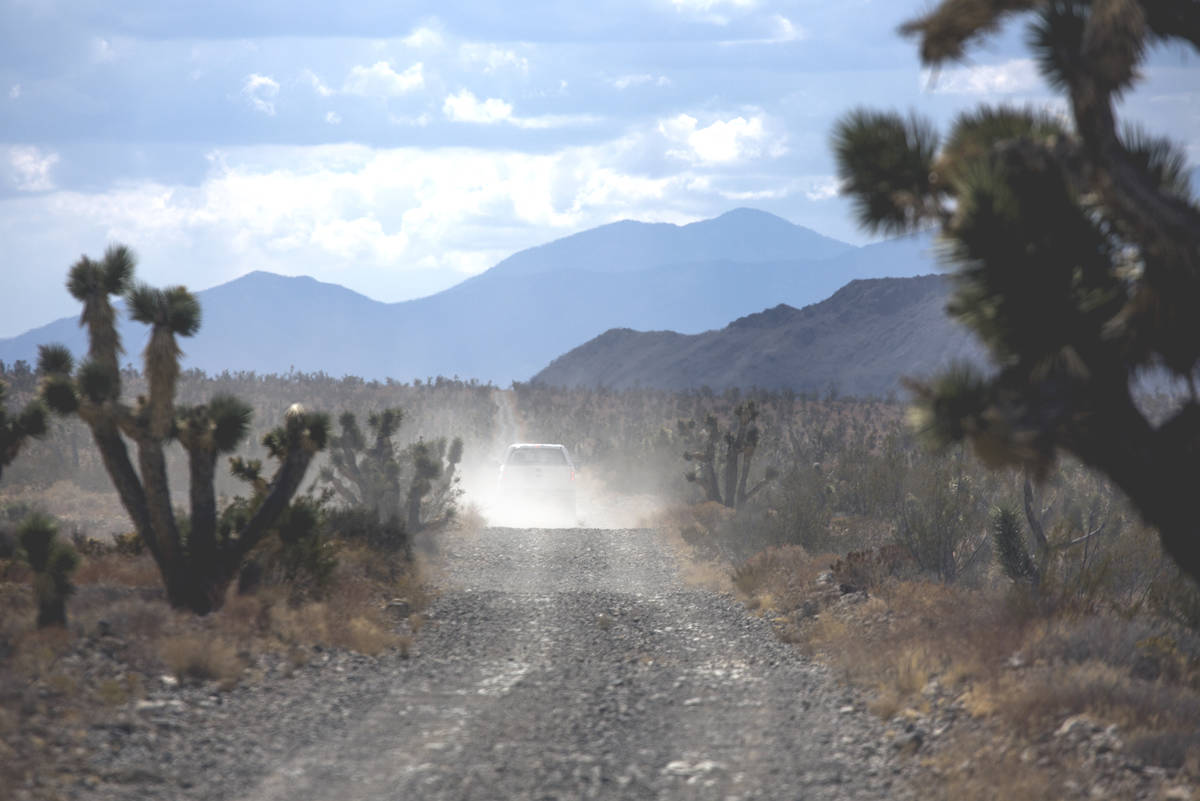 As has been reported on these pages recently, a current battle concerns the Air Force seeking an additional 840,000 acres of Desert National Wildlife Refuge north of Las Vegas. Members of the public have Gov. Steve Sisolak on their side. In a quote reported in the media in mid-July, Sisolak said that a proposed amendment (since eliminated) turning the acreage over to the military would undermine “Nevada’s ability to effectively manage wildlife and natural resources within our state borders.” But David Radcliffe, the president of the Nellis Support Team, argues that much negative media reporting on the topic has been incorrect. Further, that the homeland security needs of the nation demands additional space.

The NST is an organization founded approximately 30 years ago by volunteers to support the mission and personnel of Nellis. Radcliffe said that for many years, “The Air Force has bent over backwards to accommodate Indian tribes, environmentalists, Bureau of Land Management and Wildlife on the eastern parts of the Nevada Test and Training Range while working with a myriad of agencies, including the Department of Energy on the western side of the Nevada Test and Training Range.” Further, he claims that although the military has “done their very best,” it is readily apparent that some have no interest in working with the Air Force on the subject of land use.

Radcliffe quotes from a letter written by Chief of Staff of the Air Force Gen. David Goldfein sent to the House Armed Services Chairman Adam Smith. The letter states that current military capabilities and technologies exceed the functional limits and borders of the training range. Further, that current operational test and training requirements make it clear that “increased land area and management flexibility would greatly enhance military test and training capability without negatively affecting the refuge or public access.” Radcliffe also claims that only “hundreds” of individuals use the desert refuge each year, “not thousands” as some report. While not disparaging those who use the area, he claims environmentalists inflate the numbers to bolster their case.

The local Nellis situation has exploded into legislation and arguments concerning public lands and military requirements state-wide. Leaders at the Naval Air Station in Fallon have said more than 600,000 acres of public land is needed to expand its long-range weapons exercises. Those exercises include additional testing of bombs over what critics say is ancestral indigenous peoples areas, environmentally sensitive property and recreational land. In addition to tribal opposition, other groups that are against the move include miners, hunters, ranchers and tourism proponents. The environmentalists say that a takeover of the additional acres would provide a negative impact on bighorn sheep, mule deer, eagles and sage-grouse. Again, Sisolak supported those groups and last year signed a joint resolution formally opposing the Fallon military expansion.

Back in the south, the long-time fight against opening up Yucca Mountain for nuclear storage continues to boil. Rep. Dina Titus recently celebrated the passage of a government spending bill that contained no funding for nuclear waste storage.

In a prepared statement, Titus said, “After trying to shove nuclear waste down Nevada’s throat for three years in a row, President Trump backed down from the fight. I will continue to work with my colleagues in House leadership and the Nevada delegation to prevent our state from becoming the dumping ground for the nation’s nuclear and toxic waste.”

All at once, it seems land conservation is busting out all over. Further north, Senators Jacky Rosen and Catherine Cortez Masto introduced the “Carson City Public Land Correction Act” that they say will promote conservation, improve public lands management and expand economic development opportunities in Carson City.

In a joint statement, some of 258 acres of BLM land around Carson City will be developed into commercial use, while proceeds of land sales will go toward conservation efforts to protect outdoor space and acquire environmentally sensitive land.

That the BLM has agreed to let loose of some of its acreage is significant in itself. Rosen had already voted for the “Great American Outdoors Act,” bipartisan legislation she helped introduce that builds upon the previously introduced “Land Conservation Fund Permanent Funding Act” that will permanently fund the Land and Water Conservation Fund and the Restore Our Parks Act that will provide mandatory funding for National Park Service deferred maintenance.

The Center for Western Priorities released a poll in June it said shows heightened support for public lands and conservation policies among the growing “outdoor voting bloc” they say is critical to winning competitive elections in Mountain West swing states, Nevada included. The center reports that only 19 percent of voters in Nevada agree with relaxing environmental protections to promote economic growth after the COVID-19 pandemic, with 54 percent saying protecting the environment matters now more than ever.

In November of 2018 the Air Force issued a 50-page report, the “Final Legislative Environment Impact Statement: Nevada Test and Training Range Land Withdrawal, Nellis AFB, Nevada.” The Air Force continues to define the purpose and need for action to sustain and enhance its capacity in order to meet current and future mission requirements, “while continuing environmental stewardship of the lands entrusted to it.”

The report notes that during the past 20 years, the population of Clark County’s Las Vegas metropolitan area has grown significantly. The northern half of the county abuts the test range, and the Air Force says that it has encountered public encroachment. By increasing the buffer and adjoining it to such infrastructure as fencing and other devices, it would help the public to recognize boundaries and would aid public safety.

Nellis has one card to play that some adversaries do not: Economic impact. Radcliffe points out that the financial impact of the base is just short of $6 billion annually, even without adding additional training exercises and contractor investment, and Nevada has already lost some projects.

“We’re going to continue to work this, but it seems now that A-10 aircraft will likely go to Davis-Monthan AFB in Tucson.” Radcliffe predicts that if Nevada ignores the need for more training area, other missions will go to other states, along with dollars. He cites areas required to test F-15E aircraft that could go to such places as Eglin AFB in Florida, or to Alaska with its wide open ranges.

He said elected officials, including Alaska Sen. Dan Sullivan, will be aggressively trying to take missions — and investment dollars — away from Nellis. “It’s time for reality,” Radcliffe concluded.