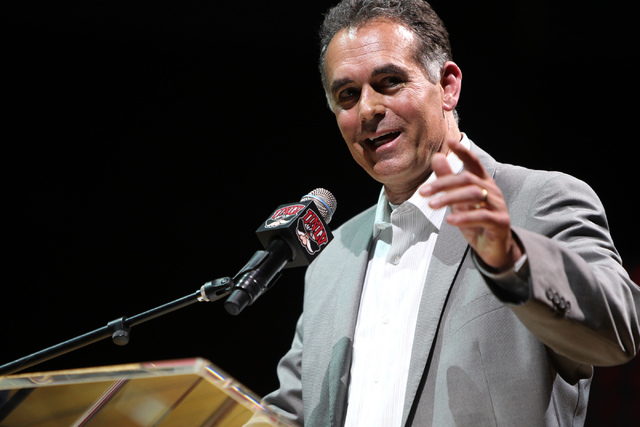 “I am running for United States Senate because Nevada deserves a senator who will keep his word and vote in Washington D.C. the same way he campaigns here in Nevada,” Tark said in a statement following his formal announcement on FOX News.

And despite inside-the-beltway bloviation to the contrary, the GOP establishment pooh-bahs charged with “Saving Senator Heller” are scared down to the skivvies. Get a load of this press statement released shortly after Tark’s announcement from Heller campaign spox, Tommy Ferraro…

“Danny Tarkanian is a perennial candidate who has spent millions of dollars on five campaigns over the last decade. Nevada voters have rejected him every time — including less than a year ago against Jacky Rosen. He’s wasted conservatives’ time and cost the Republican Party seats up and down the ballot. If he ultimately files for U.S. Senate he will lose in the primary. Dean Heller is a proven leader and is the only candidate with a solid record voters can count on.”

I’m guessing Tommy lives in that bubble above The Swamp in D.C., so he may not know that in all of Danny’s races, he’s won four out of five Republican primaries.

And Danny hasn’t cost the GOP seats “up and down the ballot.” He’s made the GOP competitive in general election races it otherwise wouldn’t have had a viable shot at. He’s been a team player and good party soldier who isn’t embarrassed by or ashamed of his conservative, pro-business, free-market principles.

As for Tommy’s closing sentence, I’m amazed at the audacity to even put that in writing. “The only candidate with a solid record voters can count on”? Seriously? Is this really the rewriting of history clap-trap they’re going to run on in the primary? Good luck with that.

“Time and again, Senator Dean Heller has proven he is unafraid to put Nevadans first. NRSC fully supports Senator Heller in his primary and general elections, and we are confident he will be re-elected.”

“Proven he is unafraid to put Nevadans first”? What the heck is that supposed to mean to Republican primary voters? And does that include the 31,496 Nevadans who are about to lose their health care coverage once Anthem pulls completely out of Nevada’s ObamaCare exchange?

Team Heller is clearly terrified of the Tarkanian at the Gate, as the all-out Saving Senator Heller propaganda campaign clearly shows. And they should be.