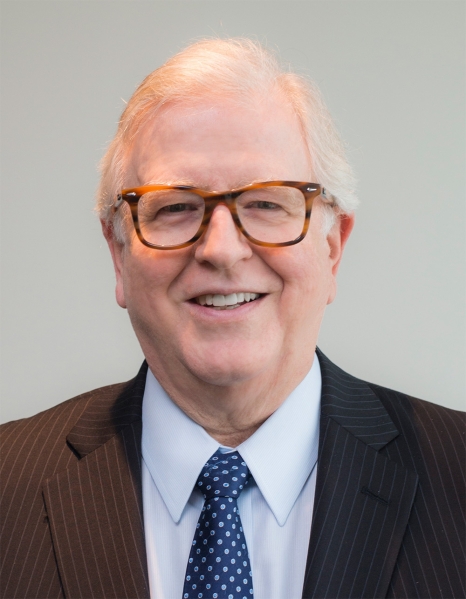 What a strange, challenging and dangerous year it’s been for First Amendment freedoms, at home and abroad.

2015 was but seven days old when terrorists, claiming to be angry over the publishing of satirical drawings of the Muslim prophet Mohammed, burst into the offices of the French weekly magazine Charlie Hebdo, killing 12 people.

The tragedy sparked a worldwide outpouring of support for free expression — remember the signs and t-shirts declaring “Je suis Charlie” — I am Charlie? But the incident also prompted draconian proposals in France to limit certain kinds of free expression and new restrictions on Muslims simply because of their religious faith. And Nov. 13 attacks in Paris in which 130 died only added fuel to that.

As the year unfolded, free expression in the United States took a hit in the most unlikely places — at least to the Boomer generation which carried the protest banners in the 1960s of the “free speech movement”: Colleges and universities. Campus critics assailed everything from ideas and opinions they believe may make some uncomfortable, to professorial musings on subjects from gender to Halloween costumes, to the notion of inviting speakers with controversial or even repugnant views.

And at some schools — most visibly, at the University of Missouri, the home to a venerable journalism program — demonstrators against racism and bigotry assaulted freedom of the press even as they exercised their rights of free speech, assembly and petition. A group of activists including students and a few faculty members tried to keep student journalists from reporting on the protests at the public university — producing both a memorable pair of online videos capturing the confrontations, and perhaps the year’s best public example of the meaning of “irony” if not civic ignorance.

On the World Wide Web front, the ongoing War on Terror produced proposals to restrict or deny use of the Internet by groups like ISIS and raised again the old notion of banning “hate speech” from public discourse. The proposals came from both conservatives and liberals, who supported such censorious activity for reasons as varied as national security, public safety or simply as the means to purge unpopular or negative views from the “marketplace” of ideas.

Internet giants such as Facebook, You Tube and Twitter already have implemented strategies to take down posts by ISIS killers and recruiters using images of unspeakable violence to promote their views and recruit new followers. But there were calls for even more social media sanitizing to counter the sophisticated online strategies of militant groups promising earthly rewards and an eternal paradise.

Taking down videos of brutal murders beheadings and rants about killing Westerners are relatively easy calls. But Eric Schmidt, who leads Google, went a step further than most in voicing the idea of an algorithm that would relentlessly prowl the corridors of the Web searching and eliminating hateful speech — an Orwellian concept of censorship-by-technology that went even further than “1984” author George Orwell imagined.

In November, leading Democratic and Republican candidates for their party’s presidential nominations called for various kinds of “Silicon Valley solutions” to terrorists on social media — while mocking those who would raise First Amendment objections to silencing speakers as an alternative to producing positive messages and dealing with social and political issues being exploited by ISIS and others.

The year ended with the specter of journalists’ deaths again in headlines.

On Dec. 21, GOP front-running candidate Donald Trump mockingly discussed killing reporters (“I hate some of these people”) at a Grand Rapids, Mich., rally, to the laughter of some attending. He questioned reports that Russia had murdered some journalists, and said “I would never do that … It’s horrible,” but then finished with the observation “some of them are such lying, disgusting people.”

Just a few days later came the annual, somber reports by the Committee to Protect Journalists and by Reporter Without Borders on the numbers of journalist worldwide jailed or killed in 2015. The CPJ report noted that “of 69 journalists killed for their work in 2015, 40 percent died at the hands of Islamic militant groups such as Al-Qaeda and Islamic State. More than two-thirds of the total killed were singled out for murder,” rather than dying in accidents or as the result of military conflict.

Freedom House reported in its 2015 annual report that “global press freedom declined … to its lowest point in more than 10 years. The rate of decline also accelerated drastically,” with just 14% of the world’s population living in nations “where coverage of political news is robust, the safety of journalists is guaranteed, state intrusion in media affairs is minimal and the press is not subject to onerous legal or economic pressures.”

Even on New Year’s Eve, free expression was under assault. There were reports that the various Web sites and digital services operated worldwide by the BBC — the international news operation headquartered in London — faced cyberattacks that blocked or crippled operations throughout the day.

The 2016 presidential election seems certain to raise again the First Amendment-grounded debate over restrictions on campaign spending and contributions and attempts to reverse the 2010 U.S. Supreme Court’s “Citizens United” decision removing most limits on spending by corporations and unions.

Some First Amendment experts are now open to modifying a long-standing barrier to government suppression of free speech that is not a “clear and present danger” in light of the new and pervasive ability via social media and the Web to provide a far-reaching platform for those promoting negative messages.

The new year starts with “atmospherics” as measured by public opinion polls that are not kind to protecting First Amendment freedoms, from reports that a sizable number of Millennials have no problem with government officials or the Pentagon reviewing or controlling a free press and free speech in the name of public safety, to a survey showing overall faith in democratic ideals is fading among younger voters.

Still, a large majority of Americans — in the Newseum Institute’s annual State of the First Amendment annual survey — do not see those core freedoms as “going too far in the rights they protect.” And as the late founder of the Institute’s First Amendment Center, John Seigenthaler, observed: “First Amendment freedoms are never secured but are always in the process of being made secure.”

Gene Policinski is chief operating officer of the Newseum Institute and senior vice president of the Institute’s First Amendment Center. Contact at gpolicinski@newseum.org. On Twitter: @genefac

This is purely “hypothetical”, as no school board would ever be this stupid. Imagine this playing out if you were a parent of a student, let’s say, in middle school.