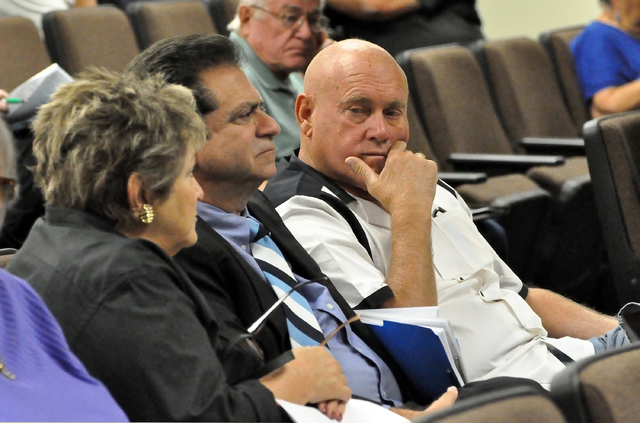 I thought that last week I had written my one and only editorial regarding Dennis Hof running for Assembly until I woke up Thursday morning and scanned my email for the current news headlines.

The Reno Gazette-Journal was reporting that Mr. Hof’s Washoe Valley home had burned down in a forest fire. I would like to extend my condolences to Mr. Hof, it is difficult to lose a home regardless of the circumstances. The article goes on to state that Mr. Hof blamed the state of Nevada for his loss and brought up some interesting points for consideration.

The paper reported that staying at Mr. Hof’s guest houses during the fire were Chuck Muth, controversial ex-chair of the Nevada Republican Party, Republican Assemblywoman Michele Fiore, and Libertarian Assemblyman John Moore. According to the article, Mr. Hof has six guest homes in the area in addition to another home adjacent to the Bunny Ranch Brothel.

His home that unfortunately burned down is located in an exclusive area in the pine-covered foothills outside of Reno, surrounded by multi-million-dollar estates and wealthy owners.

Mr. Hof has many business interests in the Reno-Carson City region and it’s only logical that he has a home there because his businesses outside of Nye County probably require a good amount of his time. I am sure that Mr. Hof has done his due diligence and met the residency requirements to run for the Assembly seat of our region.

And it is also quite logical to assume that he spends a lot of time away from our area attending to his outside business interests. It has been reported that his residence in Nye County is a manufactured home next to his brothel in Crystal, but Mr. Hof lists an address in Mound House (in Lyon County) on all of his campaign filings.

Mr. Hof’s campaign slogan “cannot be bought” needs to add a new line. “Yes, I really do live in Nye County; believe me because I say so.”

Are we supposed to take the common sense that the residents of Pahrump and Nye County have and throw it out the window while we disregard the facts? The facts are that he has many business interests outside of Nye County, that he has several houses in Northern Nevada, and that one of those houses was a custom-built home located in a beautiful mountain setting in a wealthy neighborhood. Where would anyone live most of the time given the same circumstances? The answer is self-evident.

Mr. Hof, if you want to represent the good people of Nye County sell your brothels, we don’t need the image problem. Sell your Northern Nevada residences and move to Nye County full-time. We, the residents of Nye County, “cannot be bought” with multiple billboards attacking your opponent and a lot of money being spent by you on the Assembly race.

Our common sense tells us the truth.