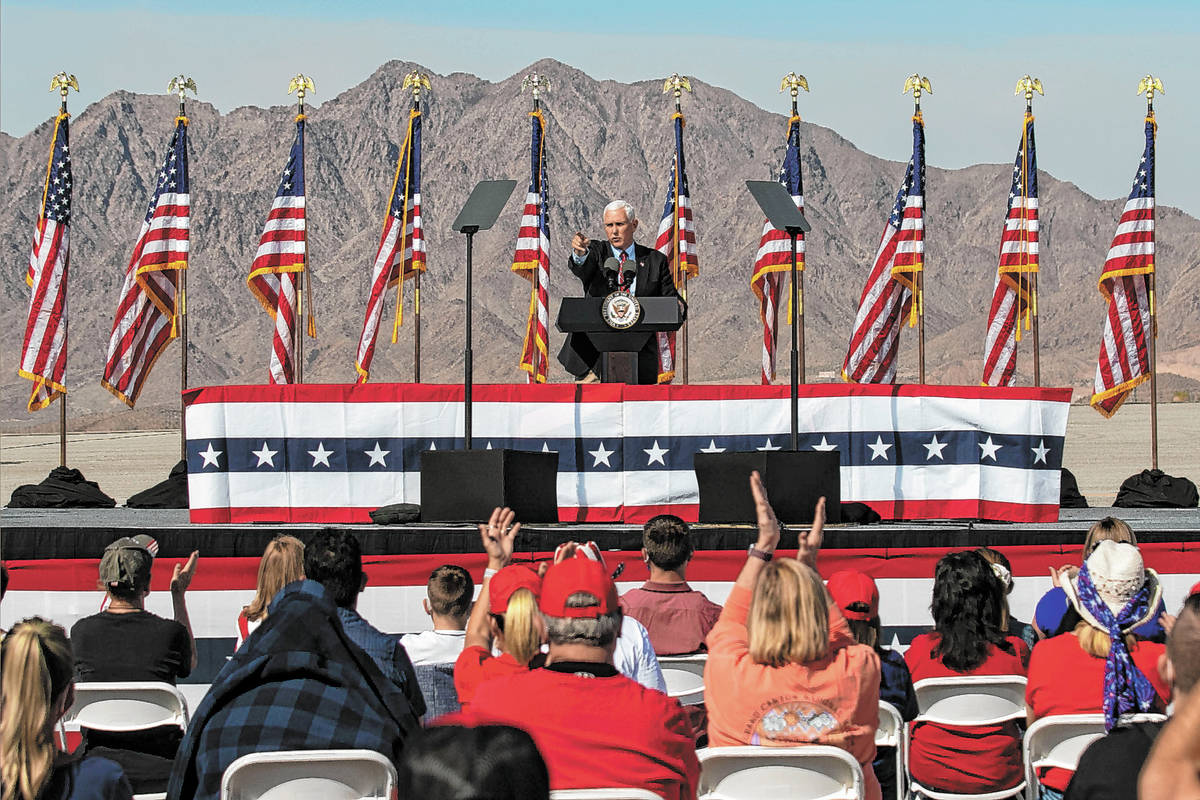 Thursday morning on Fox Business Network, President Donald Trump announced that because the Commission on Presidential Debates announced the planned Oct. 15 presidential debate would be conducted virtually to guard against the spread of coronavirus, he would skip it.

Of course, shortly after I wrote the above paragraph, the story changed. The Trump campaign called for two live debates, one on Oct. 22 when the third debate was scheduled and then a new third debate on Oct. 29.

Vice President Joe Biden and his team didn’t bite. Instead they announced that Biden would participate in an ABC town hall on Oct. 15 — a loud slamming of the door to Trump’s use of cancellation as a negotiating tool.

With his no-drama demeanor, Pence showed America how Trump would look if he acted like a politician: like a president.

Like Trump, Pence had media experience before he went to Washington. A talk-radio host in Indiana, Pence used to call himself “Rush Limbaugh on decaf.” And because he knows how it’s done, Pence showed up in Utah prepared. He knows the best arguments aren’t made by winging it.

As head of the White House Coronavirus Task Force, Pence knew moderator Susan Page of USA Today would ask him about the U.S. COVID-19 death toll, a higher rate than the documented COVID deaths in most other wealthy nations.

Harris called the administration response “the greatest failure of any presidential administration in the history of the country.” She did not talk about how her ticket would address the coronavirus if elected.

Pence praised Trump’s Jan. 31 decision to ban some travel from China, which he claimed saved countless lives, cited the number of COVID tests — around 115 million — that have been administered to Americans and the push to develop a safe vaccine.

Pence also recalled the area that has affected more households than the disease — the painful decision Trump made to shut down the U.S. economy at the behest of prominent task force figures Drs. Anthony Fauci and Deborah Birx. It was a sobering reminder of the job and business losses the country has endured — and which Trump has sought to move beyond.

The best part about Pence’s take is that it gave the public a taste of the middle ground too rarely seen as the pandemic has been argued by two extremes.

On one side is a president who held rallies indoors with thousands of supporters in COVID red zones in violation of state rules. No surprise, he’s the candidate who like so many around him, tested positive for the coronavirus. On the other side stands the challenger who has been cloistered in his basement and supports a nationwide mask mandate, even as he has said he is not sure he has the authority to impose one.

Most folks I know want the government to exercise a lighter touch — but that doesn’t mean they want to rush out and attend an indoor Trump rally or social justice march.

They support regulations to promote social distancing without capricious caps on how many people can attend an event — subject to a sliding scale on where the event falls on the political landscape.

Pence embodies that spirit. The morning after the debate, he flew to Boulder City for an outdoor rally in line with Nevada Gov. Steve Sisolak’s order that caps events at 250 people. (Yes, I know, the Democratic governor didn’t try to cap participation in Black Lives Matter protests.)

There was no drama. No thumbing his nose at state rules that may not make health care sense but apply to everyone else. Ken Khachigian, the former chief speechwriter for President Ronald Reagan, described Pence as “a raft in a sea of torment.” Now if we could do something about the torment part.