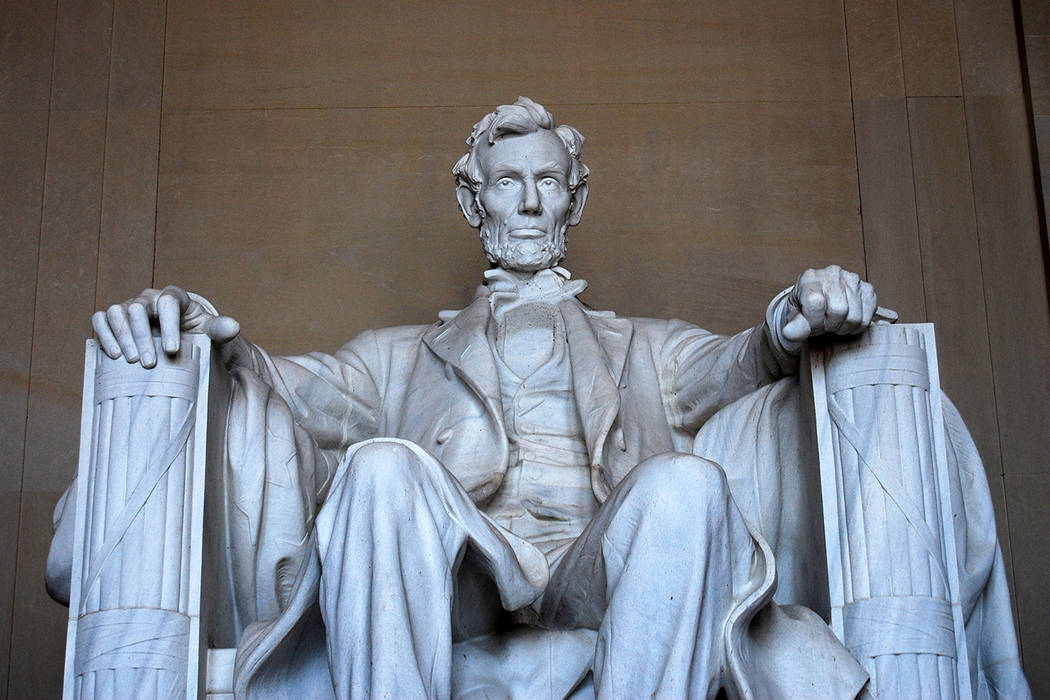 Getty Images A look at Lincoln Memorial in Washington, D.C. Nevada came into the union on Oct. 31, nine days before the 1864 election, and voted for Lincoln.

Before anyone bristles over such a tone used on the sainted Lincoln, there is this to consider: It’s quite true. Who should know better than Nevadans?

In nearly his last act as president, James Buchanan signed legislation removing the Washoe region from Utah Territory and making it a separate U.S. territory. It teed Nevada up four years later for Lincoln to use. In Nevada today there is an incessant claim that it was made a state to get its silver to help pay for the Civil War, which is false. The silver was already flowing to the Union by virtue of its territorial status.

Lincoln was looking to other concerns – postwar concerns. He needed votes in the Senate for his Reconstruction policies, particularly the post-war constitutional amendments. For example, his emancipation proclamation had been a successful bit of public relations but with no legal effect, so an amendment would be needed to abolish slavery. Lincoln’s eyes turned to the Great Basin.

Nevada and its paltry 6,857 souls were brought into the Union. It was not battle born. If the end of the war had not been in sight, neither would statehood for Nevada have been. Four years of war had passed without anyone needing Nevada in the Union. Nevada was peace born.

Millhiser writes, “That gave the Party of Lincoln two extra seats in the Senate – helping prevent Democrats from simultaneously controlling the White House and both houses of Congress until 1893.”

That’s not all. There was one other consideration behind Nevada statehood Millhiser does not mention. Lincoln was not at all certain he would win re-election. There were no opinion surveys in those days. On October 13, 1864, during a visit to the State Department telegraph room where he often hung out with cronies to relax, the president listed eight states with 114 electoral votes that he expected to lose to Democrat George McClellan and 10 states plus New England with 117 votes that he expected to carry against McClellan.

Major Thomas Eckert spoke up, predicting that Lincoln could add Nevada’s three electoral votes if it completed its statehood tasks before election day.

Nevada came into the union on Oct. 31, nine days before the election, and voted for Lincoln. It’s not possible to tell what the vote for Lincoln was, because voters then did not vote for the presidential candidates.

Instead, the names of the presidential electors were listed on the Nevada ballot – three Republican candidates for elector (though the GOP that year had changed its name to the Union Party to attract Democratic crossovers), and three Democratic candidates. (This practice of voting for electors was finally discontinued in 1952). We know that each of the GOP candidates received more than 9,800 votes, and each of the Democratic electors received more than 6,500 votes.

It turned out that Lincoln, with 212 electors to McClellan’s 21 (!) did not need Nevada’s three votes, though no one in Nevada offered to give statehood back. In fact, Lincoln got only two of the Nevada electors. One of them was snowbound and unable to cast his vote. He did not, as Wikipedia has it, abstain.