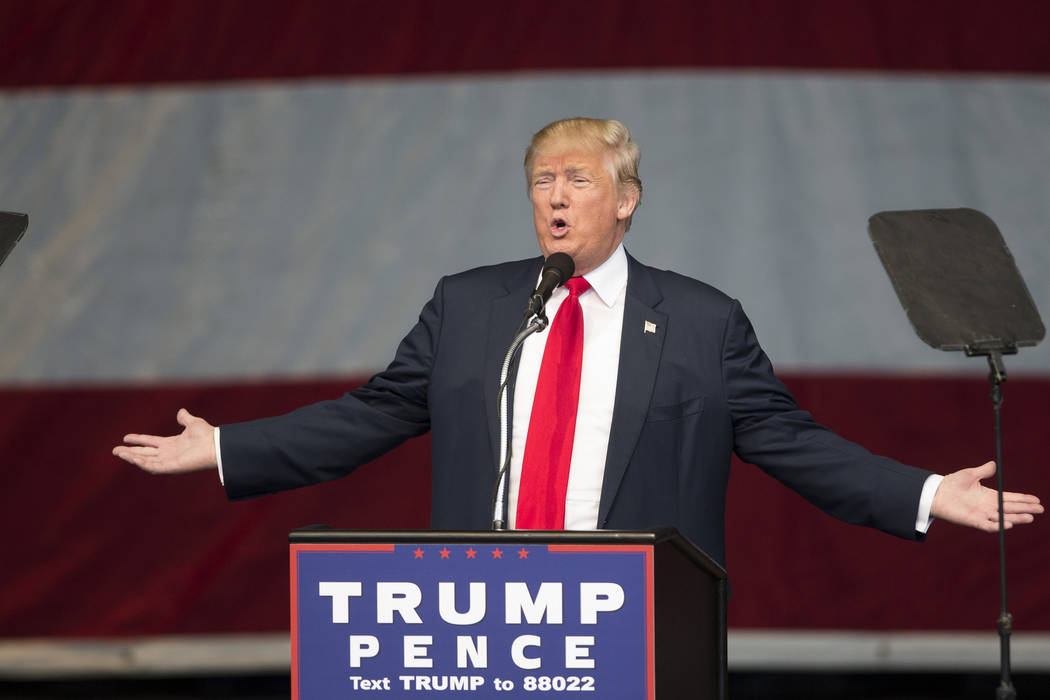 Erik Verduzco/Las Vegas Review-Journal Donald Trump speaks during a campaign rally at the Henderson Pavilion on Wednesday, Oct. 5, 2016, in Henderson.

Fareed Zakaria/Newsweek: Trump won because of a “class rebellion” against educated elitists.

Charles Camosy/Fordham: Trump won because college-educated Americans are out of touch.

Henry Olsen/author: Trump won because he recaptured some of Reagan’s magic.

Bernie Sanders: Trump won because millions gave up on the process and Democrats weren’t listening.

Jon Rappoport/FarmWars.info: Trump won because Russia “hacked the election” in his favor.

Rodney Bowers/Pennsylvania letter to the editor: Trump won because he puts America first.

Miley Cyrus/The Hill: Trump won “because the system” is (expletive)

Scott Adams/cartoonist: Trump won because he can paint pictures because of his words.

Both Republicans and Democrats keep trying to figure out why Trump won so they can repeat it. It’s like the way they tried to use Bill Clinton’s fluke model in elections when there is no Ross Perot to pull votes away from Republicans.

I hate to keep pointing this out, but people endlessly explaining why Trump won suggests his platform resonated with people and that voters intended him to win. They didn’t. He DIDN’T win the election. The public voted against him 68 million to 62 million. Trying to decipher meaning from his losing is a mistake because it could lead the parties to erroneous conclusions, and they do enough of that already.

Trump won the APPOINTMENT to be president because of an anomaly in the system and because his campaign had a presidential electors’ strategy and Clinton’s did not. He lost the ELECTION because he was out of tune with most of the public, which is now saddled with tolerating the programs they voted against.

Democrats, in particular, should stop trying to figure out how Trump won.

They should be analyzing the exits and returns to find out what they did RIGHT, what Trump did WRONG, and plan a decent electors’ strategy to correct THAT problem.