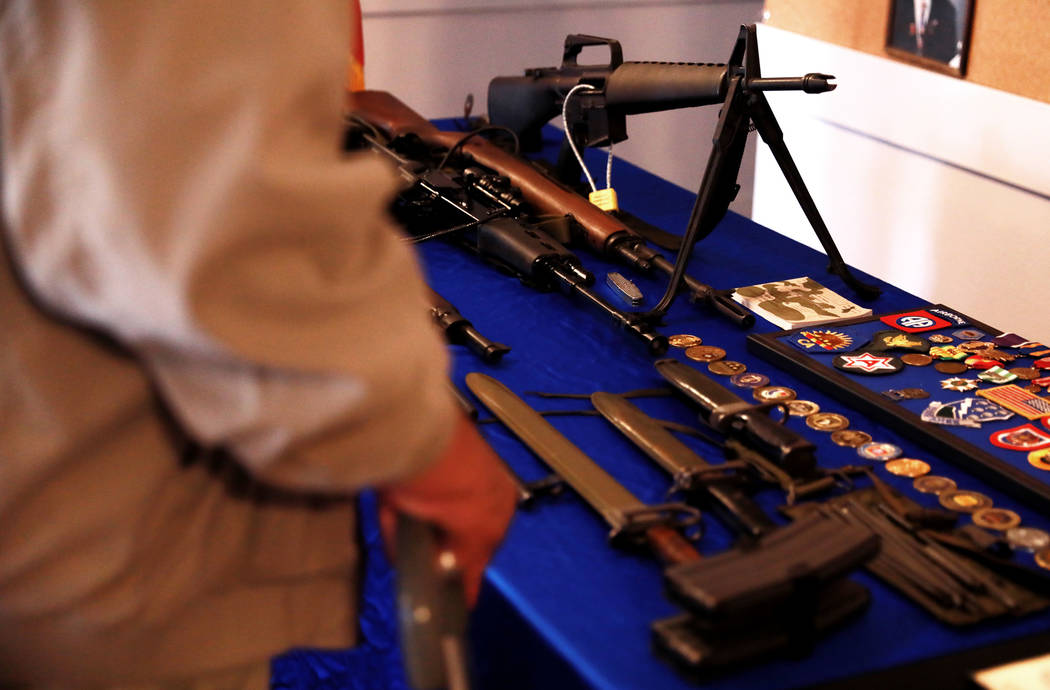 In the Pahrump Valley Times last month, I wrote about the urban myth that soldiers returning from Vietnam were spat upon.

Subsequently, Navy veteran Scott Hadley sent a letter to the editor that said I showed “hatred for veterans,” that I owe a “profound apology to…our beloved veterans” and said that I am part of a “diseased liberal left.”

Mr. Hadley also asked, “Has Mr. Myers ever visited a veterans’ hospital facility anywhere in the United States and talked with Vietnam veterans?” The answer is yes. I have also stayed in touch with friends I went through basic training with, who were sent to Vietnam. You see, although I was spared duty in Vietnam, I am a Vietnam era veteran, serving from 1969 to 1972. My overseas duty was in Germany, where I was a U.S. Army police officer at Panzer Kaserne.

Mr. Hadley offered no evidence that I was incorrect about the spitting myth, but I have evidence in my favor. I recommend the book “The Spitting Image” by historian Jerry Lembcke of the College of Holy Cross. Lembcke presents an array of evidence that the spitting claim is false and also argues that it served a political purpose – getting the public’s mind off an unpopular war and onto the veterans.

If the public could be lured into debating exaggerated claims of mistreatment of veterans, of veterans suffering from post-traumatic stress disorder and drug abuse, officialdom would not have to explain why the war was lost. It could simply be blamed on “betrayal” of soldiers.

Furthermore, the Bar Association of New York City had a program in which lawyers, with police cooperation, attended numerous protests and demonstrations as observers. They saw little mistreatment of veterans. “Indeed, some of the reports note the participation of Vietnam veterans in demonstrations, supplying still more evidence of solidarity between veterans and the antiwar movement,” Lembcke wrote.

There is also common sense: Peace activists spitting on men trained to kill, just home from a war zone? Seriously?

In 1970, after the U.S. attack on Cambodia, I got a pass and left Fort Dix for D.C. There, Steve Coulter and I attended the massive protest. He and I had gone through basic training together (he was later elected to the Nevada Assembly). So many military servicepeople took part in that protest that when I was passing the Army Navy Club at 17th and I streets, and we saw people drinking atop the 12-story building, I heard a protester yell up to them, “The army’s come over to our side.”

I would point out I never wrote that Vietnam soldiers were not abused. I pointed out that they WERE mistreated, by political conservatives, including pro-war veterans, and that it happened in Reno on at least one occasion – but not by spitting.