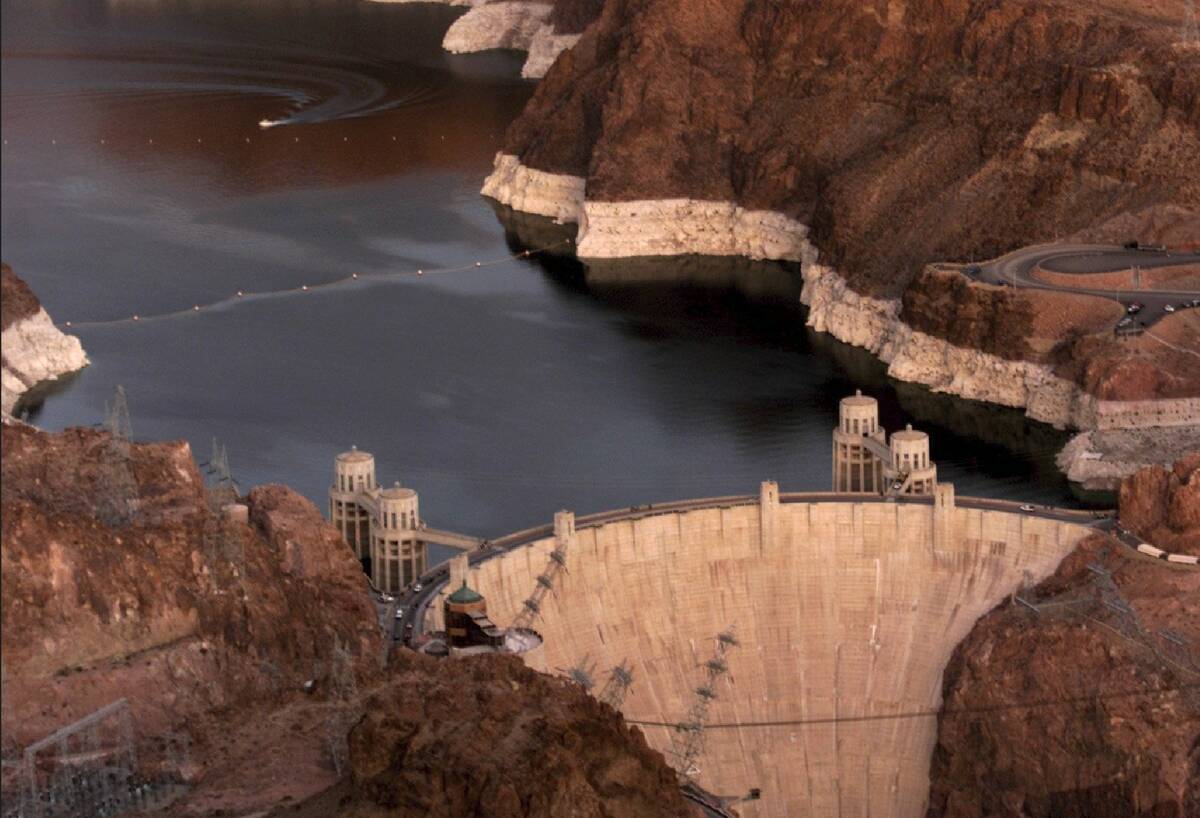 The water level at Lake Mead in 2002. That year was the driest year ever recorded on the Colorado river. (Review-Journal file)

The Department of Interior has shied away from imposing a comprehensive conservation plan on Colorado River users, preferring instead that the seven states involved hash out their own agreement to address shortages tied to drought and over-allocation.

But absent a stick, the carrot approach has failed. The states have missed repeated deadlines for a deal. The latest goal is for the states to forge a compromise by February.

Southern Nevada has made great strides at conservation, using less water today than it did 20 years ago despite significant population growth. In addition, many people don’t realize that the vast majority of Colorado River water — 80 percent — supports agriculture and the economies, particularly in California, that depend upon it. The problem is also complicated by complex, decades-old legal doctrine involving water rights and use priorities.

There are differences among the states over how to achieve conservation goals and who should bear the brunt of any cuts. Upper-basin states — Colorado, Utah, Wyoming and New Mexico — argue that the lower-basin states should pay a larger price because they have more options to tap downstream reservoirs. But the federal government has already imposed modest reductions in allocations on Nevada and Arizona as a means of slowing the drain of those reservoirs, which constitute Lake Mead and Lake Powell.

With California showing virtually no appetite for leading the way, Nevada water officials this week unveiled a proposal to meet conservation targets while preserving the ability of Lake Mead and Lake Powell to generate hydropower. The plan involves sacrifice from all seven states and includes adjusting lower-basin allocations in recognition of evaporation losses; earlier triggers for cuts in Nevada, Arizona and California; and modest mandatory cuts in the upper-basin states.

The goal is to share the pain across the entire system.

The Southern Nevada Water Authority proposal will be controversial and subject to myriad revisions by those seeking to protect their home turf. But it’s a start. The alternative is to have Washington step in with more punitive and less palatable edicts. The water authority has offered a plan forward. It’s up to the states to get serious.