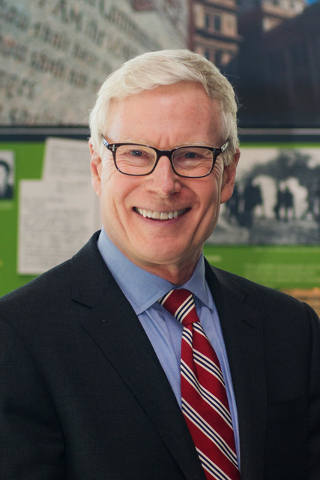 As this strange, unorthodox and downright scary presidential campaign heads into the final stretch, let’s pause to consider what’s at stake for religious freedom in this election.

Like motherhood and apple pie, religious freedom is universally popular with members of both major parties. But you don’t have to read far in the party platforms to discover that Republican and Democratic definitions of religious freedom could not be farther apart in meaning and application.

According to the GOP platform, religious freedom involves, among other things: Defending marriage as the union between one man and one woman; passing laws protecting people of faith who refuse service to same-sex couples; and displaying the Ten Commandments in public places.

In sharp contrast, Democrats take mirror-image positions on all of the above: Same-sex marriage is a constitutional right that does nothing to undermine religious freedom; refusal to serve same-sex couples is discrimination, not religious freedom; and government displays of religious symbols are violations of church-state separation.

On the right, liberty of conscience is lifted up, but “no establishment” is often ignored, despite the fact that both Jefferson and Madison saw separating church from state as an essential condition for religious freedom.

On the left, church-state separation is championed, but claims of religious conscience often get short shrift, despite the fact that both Jefferson and Madison argued vigorously for robust protection for the free exercise of religion.

Both parties could use a reminder that the First Amendment contains two principles in service of one freedom. Taken together, “no establishment” and “free exercise” protect liberty of conscience for people of all faiths and none.

However much Democrats and Republicans disagree about the application of these First Amendment principles, members of both parties should be united in opposition to religious discrimination and hatred of any kind in our public square.

Unfortunately, the Republican primary season has been open season on American Muslims, contributing to an unprecedented spike in assaults on Muslims and mosques across the country.

Of course, terrorists committing horrific acts of violence in the name of Islam have fed the anti-Muslim propaganda, giving politicians and religious leaders plenty of ammunition in the campaign to convince Americans that Islam is the enemy.

As a result, 58 percent of Trump supporters but only 24 percent of Hillary Clinton supporters have an unfavorable view of Islam, according to a poll released last month by Reuters/Ipsos.

To their credit, many Republican leaders — including Gov. Mike Pence before his vice presidential nomination — have pushed back against Trump’s proposal to ban all Muslims from entering the U.S. Such ideas are, in the words of Pence, “offensive and unconstitutional.”

In our democracy, Democrats and Republicans contend over competing visions of religious freedom — and that is as it should be. Because of current and anticipated vacancies on the Supreme Court, this election, more than any in decades, will determine which vision the Court upholds. All it takes is five justices to decide how high or low a wall of separation — and how far to extend religious exemptions.

One thing, however, should not be up for a vote: No American should live in fear because of the religious garb they wear, the part of the world they come from, the place where they worship or the color of their skin.

Islamophobia is the great religious freedom test of our time – a test of our commitment to the First Amendment that we cannot afford to fail. Remember that when you vote on Nov. 8.