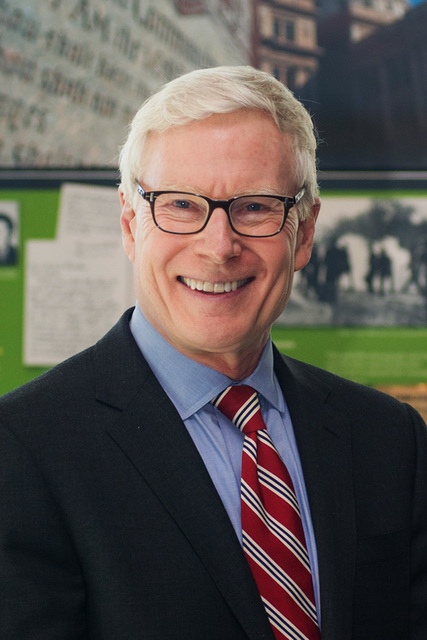 On Dec. 4, the two-year struggle by the Standing Rock Sioux Tribe to protect their sacred land and water ended – at least for now – when the Obama administration denied the easement needed to complete the Dakota Access Pipeline.

The canceled route, located one half mile from the tribe’s reservation in North and South Dakota, would have allowed the pipeline to cross under the Missouri River, an action that the tribe believes would threaten their life-giving water and destroy sacred sites.

What is considered sacred by indigenous peoples – including, in this case, water, burial sites, sacred gathering spaces – has been, at various times in our history, debased, mocked, bulldozed or completely ignored by government officials and courts.

In fact, for much of our history, many Native American ceremonies were illegal and people were imprisoned for practicing their religion.

At issue was a plan by the U.S. Forest Service to build a road and harvest timber in a section of the Six Rivers National Forest considered sacred by the Yurok, Karok and Tolowa tribes.

Although the justices acknowledged that the development plan would effectively destroy an entire religion, the Court ruled 5-3 that the constructing the road would not violate the free exercise of the tribes. As a result, Native Americans now have little recourse under the Constitution as they battle to preserve sacred sites on federally owned land.

Centuries of religious tradition can be wiped out – and invoking the First Amendment does nothing to prevent it.

Against the backdrop of this sad history, Native American protesters – calling themselves “water protectors” – gathered by the thousands and would not be moved. Representatives from more than 300 tribes flocked to Standing Rock, joined by human rights activists, veterans and ordinary citizens who know injustice when they see it.

Sprayed with water cannons in freezing weather, pelted with rubber bullets, tear gas and concussion grenades, the water protectors attempted to open a bridge barricaded by police, arguing that the barrier blocked emergency services from reaching their camp and the nearby Standing Rock Sioux Reservation.

Not surprisingly, proponents of the Dakota Access Pipeline are outraged. Energy Transfer Partners, builders of the pipeline, accused the Obama administration of “currying favor with a narrow and extreme political constituency” by halting the project.

North Dakota Republican Rep. Kevin Cramer described the move as a “chilling signal to others who want to build infrastructure.”

Given the political clout of pipeline supporters, the tribes are aware that their victory is fragile – and could be undone after Jan. 20.

A spokesman for Donald Trump has already announced that the president-elect supports completing the pipeline and will revisit the Obama administration’s decision once he is in the White House.

What the new administration will soon discover, however, is that the Standing Rock Sioux Tribe, supported by hundreds of tribes from across the country, will not fold their tents and quietly disappear.

If construction resumes, threatening sacred water and land, the protest camps will grow in size and strength.

The Trump administration will face a stark choice: Once again remove Native Americans by force – or, at long last, protect Native Americans to preserve and practice their religion on land they hold sacred.

Charles C. Haynes is vice president of the Newseum Institute and founding director of the Religious Freedom Center. Email: chaynes@newseum.org. Follow him on Twitter: @hayneschaynes