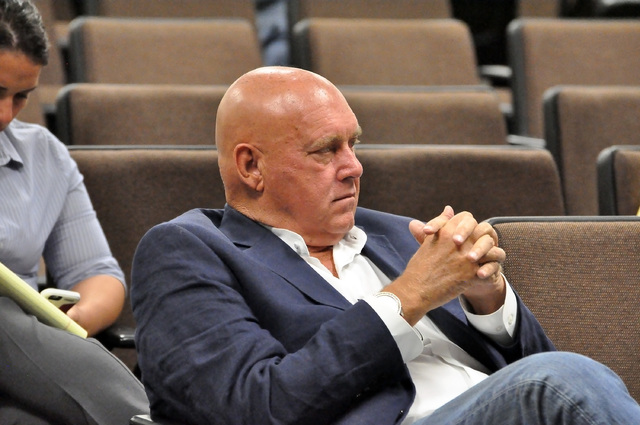 Hof: Why I switched parties and became a Republican

In a very funny scene from a long time ago, American icon and comedian extraordinaire Bob Hope asked a doctor to explain what a zombie was.

“A zombie has no will of his own,” the doctor responded. “You see them sometimes, walking around blindly with dead eyes, following orders, not knowing what they do, not caring.”

It was a good-natured ribbing, but let’s face it, that description seems even more apt for Democrats today in this post-election Trump era. Stories abound of liberal Democrats seeking grief counseling, getting themselves “therapy dogs” and playing with Play-Doh as they try to come to grips with the reality that they lost.

Millions of Americans – some quite ideological, but many not – decided that massive change in D.C. was just what the doctor ordered.

And as a T-shirt I saw recently proclaims, they rejected Obama playing the race card and Hillary playing the woman card. Instead, Americans played the “Trump” card.

But truth be told, both parties lost. On the GOP side the “establishment” Republicans – who have ridden herd over the party apparatus and levers of power for years – took it in the shorts, too. And they, too, are having a tough time coming to grips with the reality that their reign is over.

All of which caused me to rethink my own political affiliation.

As a businessman whose customers are Democrats, Republicans and everything in-between, I’d always been a registered independent voter. Last year, when I first began exploring the idea of running for office, I registered with the Libertarian Party – which is fiscally conservative but socially tolerant.

And as Ronald Reagan said way back in 1975, “The basis of conservatism is a desire for less government interference or less centralized authority or more individual freedom and this is a pretty general description also of what libertarianism is.”

But the reality is that America, electorally-speaking, continues to be a two-party system. The deck is stacked against third-party and independent candidates – a lesson I learned firsthand by unsuccessfully running as a Libertarian for the Nevada State Assembly this year.

So after considerable post-election thought, on December 7th I switched my party affiliation to Republican – a decision I know my working-class, World War II-era parents would have supported.

And I might very well decide to run for office again in 2018.

Louisiana State Sen. Elbert Guillory declared three years ago – when he left the Democrat Party and became a Republican – that the heart of his decision was based on the belief that “the individual must be free to pursue his or her own happiness; free from government dependence and free from government control. Because to be truly free is to be reliant on no one other than the author of our destiny.”

I couldn’t say it any better than that. And that’s why I, too, am now a Republican. Let’s roll.

Dennis Hof is a successful Nevada businessman, author, philanthropist, star of an award-winning reality TV series on HBO and president of the Home of Freedom PAC. He can be reached at DennisHof.com.