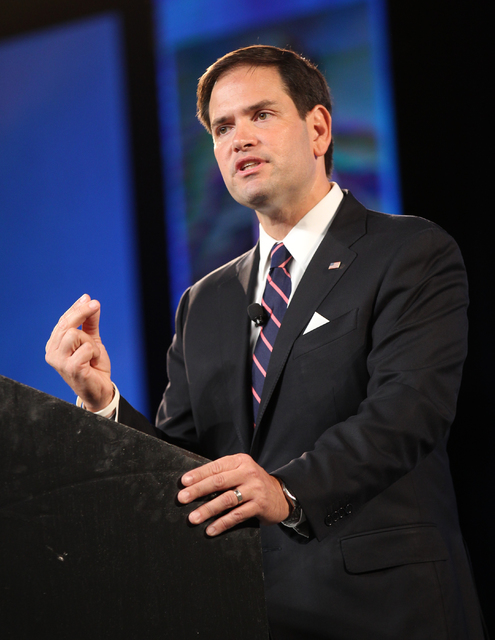 In June, the Board of Regents for the Nevada System of Higher Education (NSHE) will consider a “modest” proposed increase of 1.8 percent in registration fees and non-resident tuition for both 2019-20 and 2020-21 academic years.

The Nevada experience mirrors national trends. Over the past 20 years, in-state tuition and fees at public national universities have significantly outpaced inflation, by more than four times.

U.S. Sen. Marco Rubio, R-Florida, has taken a strong interest in college affordability resulting, in part, from his own personal experience. With Cuban immigrant parents and modest incomes, Rubio took out more than $100,000 in student loans for his undergraduate and law school education. It took him more than 16 years and the proceeds from a book deal to pay off his student debt.

Rubio observes that increasing access to student loans has bipartisan support. That has created an open spigot of federal student loans flowing into colleges and universities and becoming a de facto cost-free government subsidy. Colleges and universities can raise tuition higher and higher in the knowledge that the government will continue lending students as much as they need. As a result, students now easily borrow their way into unsustainable personal debt.

Challenging the higher education orthodoxy is Purdue University President Mitch Daniels. Daniels was a budget-cutting director of the Office of Management and Budget for two years under President George W. Bush ( nicknamed “The Blade”) and was the popular, cost-conscience Governor of Indiana from 2005 to 2012.

Since taking over at Purdue in 2013, Daniels has initiated tuition freezes, lowered room and board costs and partnered with Amazon to reduce textbook costs for students. His initial five-year tuition freeze forced Purdue to modernize its 19th-century business model with a combination of systemic cuts, organizational realignments and cash incentives.

In 2017, Daniels sent eyebrows up again by announcing that the tuition freeze would extend another year — for a total of six years, through the 2018-19 academic year. That was announced along with a 2.5 percent merit raise pool for employees. Purdue is the only American university charging its students less to attend in 2019 than it was charging in 2012.

Since 2012, Purdue student borrowing rates have dropped by 30 percent and the student loan default rate of 1 percent is significantly lower than the national average of 7.6 percent. Meanwhile, Purdue is ranked the fifth best public university and 43rd overall in the United States, according to a survey by the Wall Street Journal.