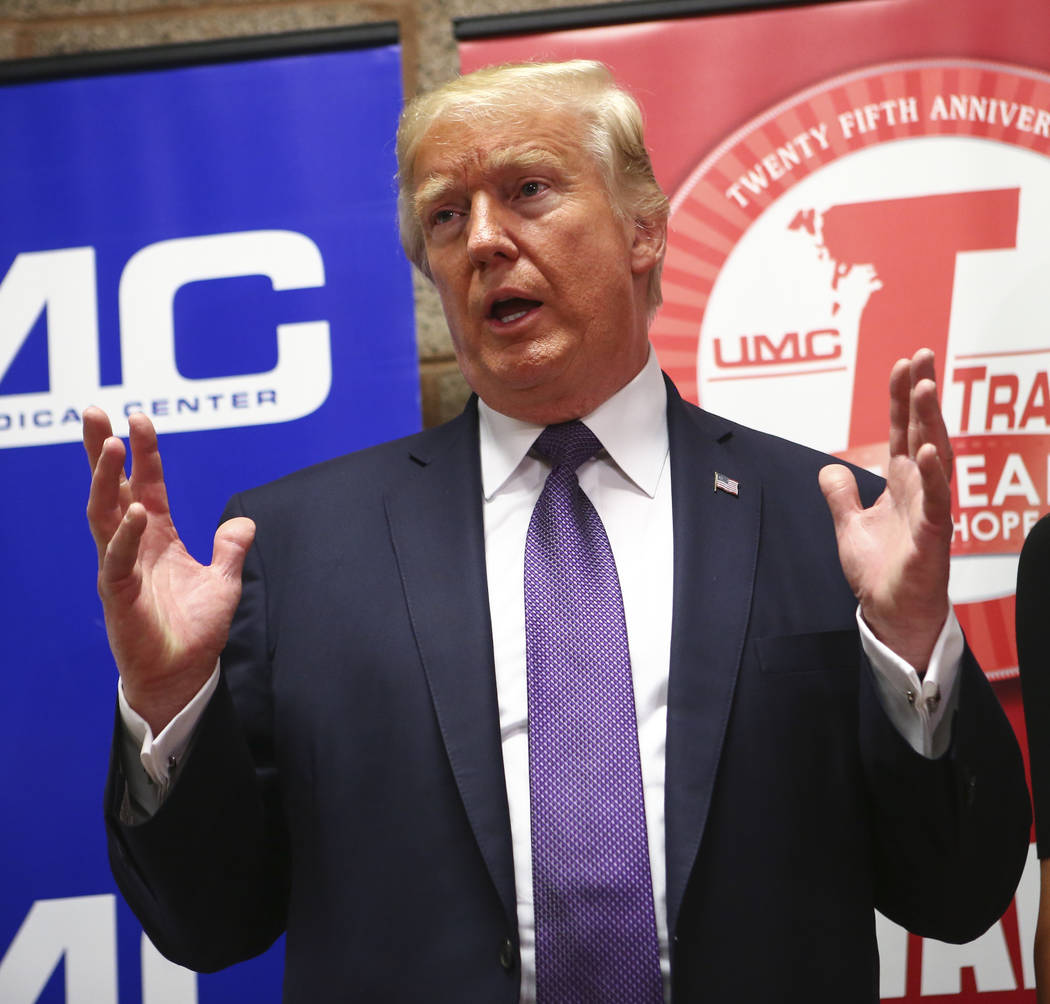 Chase Stevens/Las Vegas Review-Journal In 2017, both the U.S. House and Senate passed legislation signed by President Donald Trump to revoke that Obama-era regulation.

The Parkland, Florida high school massacre of 17 people re-ignited the call to “do something” on gun violence. Far too many recent mass shooting events have two things in common: guns and violent mental illness. But, “doing something” is easier said than actually done in identifying achievable steps to reduce the recurrent carnage.

In 2016, President Barack Obama issued an executive order requiring the Social Security Administration to forward to the National Instant Criminal Background Check System (NICS) the names of disability recipients who need a third party to help them manage their benefits because of a mental impairment.

This overly-broad “background check” covered 75,000 people and was opposed by the American Civil Liberties Union, disability rights organizations, and the National Rifle Association. In 2017, both the U.S. House and Senate passed legislation signed by President Donald Trump to revoke that Obama-era regulation.

The existing NICS system has been demonstrated to be in need of major improvement. After a gunman killed 26 people at a church in Sutherland, Texas last November, it was determined that the Air Force had failed to submit the shooter’s history of domestic assault and his bad-conduct discharge to the FBI and NICS.

In the aftermath of the church shooting, Texas Republican Senator John Cornyn joined with Connecticut Democratic Senator Chris Murphy in drafting a “Fix NICS” bill to tighten background checks. The Cornyn-Murphy bill (S.2135) doesn’t expand the categories of people prohibited from the purchase of a gun, it’s meant to stop people from buying guns when they were never supposed to be able to in the first place.

The bill requires every federal agency to outline how it will ensure that relevant information gets to NICS, penalizes federal agencies and appointees that fail to do so, encourages states to maintain background databases to inform NICS, and beefs up reporting on domestic violence.

Completely overlooked in the current debate is how Hollywood contributes to the culture of gun violence. While Ellen DeGeneres and Bette Midler tweet invectives at Congress, they turn a blind eye to Hollywood movies. There can be no doubt th

at Hollywood films, television and video games contribute to an overall culture of violence that affects our society in negative ways. Guns show up routinely in the films kids watch.

A study has found more gun violence in movies rated PG-13 than in those rated R.

There’s another solution that needs attention: shooting back at the shooters. There is evidence that it works.

Last November in Texas, a rifle instructor with an AR-15, shot a suspect ready to fire on a church. In 2015, a security officer shot and killed two gunmen about to carry out an ISIS-inspired attack in Garland, Texas.

It is estimated that at a $10.7 billion cost, two security officers could be assigned to every public education institution in the country.

While a major expense, additional school security is required. Despite the errors made at Parkland, well-trained security officers can respond to a shooting incident, identify potential perpetrators to prevent atrocities from occurring and deal with other incidents of school violence.