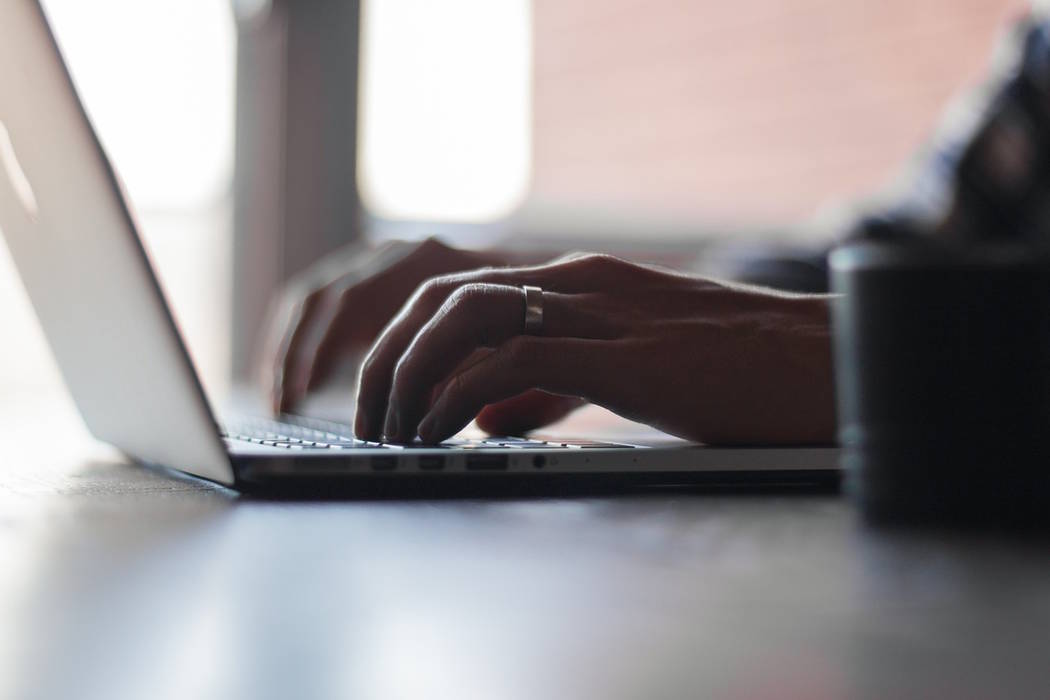 I moved here six months ago from Henderson and love Pahrump. It’s kind of like where I was born in Missouri only smaller, which I like. By the way I’m 76 years old and have a big financial stake in this town. It’s laid back, cops are nice, and so are most of the people. I love it when parrots fly over my house now and then. Although some things are hard to get, like good clothes or shoes.

I notice if you look at a person’s shoes here you can tell where he bought them and you know if they are a local or not. I live on the north end of town and this is where I will die. I love the wildlife and especially the burros that come in the yard. The only thing I don’t like is this:

When I leave home and go to town, which is almost seven miles, all I see along the highway is trash, mostly water bottles. I’ve seen it cleaned up now and then but not totally. The next day after cleanup there are almost as many bottles as the day before. This is what I personally have seen. People throwing bottles out the windows, semi-trucks throwing milk jugs out full of piss, pickups with Styrofoam, boxes, cardboard, tons of plastic, wood, sheetrock, and trash blowing out of the bed of pickups. The drivers know this is happening and don’t care. I’ve even seen beds, furniture, tires along the road. Bags left alongside the highway by motor homes, broken glass everywhere and to think they worry about plastic straws.

What’s the answer to stopping this? How about getting some of the prisoners off their cots out there to clean up like other states? How about a stiff fine like $1,000 or 16 hours of community service whether you’re a tourist or not? How about the cops patrolling Highway 160 instead of sitting at Smith’s waiting for speeders? How about a deposit on all bottles? The deposit alone will stop the water bottles, plus people will probably buy less water. How about more suggestions?

That’s my grip and God bless America and Pahrump.

P.S. I would appreciate an answer, governor and from the city council of Pahrump. Print it Valley Times.

Mind control by money and power in politics

Professor Epstein in his writing on Nov. 21, 2018 has expressed anger toward wealthy Democrats who have not, in his opinion, done enough to raise Social Security income for millions who are just getting by on $1,200 or even less per month. This is a social injustice which should be changed. Before we can change it we have to take back the Senate and the White House. However, we face some serious challenges in this endeavor.

Three of the most powerful obstacles facing us are unlimited money in politics, the Koch brothers, and Fox News. These three factors are interwoven to influence the thinking of millions of Americans. Several years ago a political observer reported that there was a TV at every truck stop featuring Fox News. We know that Fox news lies and that repeated lies will be believed by many. This has been clearly illustrated by the Swift Boat lie, featured by Fox News about former Senator John Kerry, a highly-decorated Navy veteran. In addition to lies by Fox News is the one billion donated to Republicans from the Koch brothers every presidential election for poisoning our air and water. Amusing if it weren’t so sad that Republicans who admit that they are not scientists, deny that global warming is caused by humans. Finally there is unlimited money in politics from the Supreme Court decision that money is free speech and there is no limit to it in politics.

I am not saying that all the Democrats are saints. Some, like Bill Clinton, have lied about things unrelated to government. Also, we have some billionaires. However, our billionaires are more concerned about decency to our citizens than the Republican billionaires who seem to want to destroy our environment to stuff their pockets. They hire Republican henchmen and Fox news to create false propaganda to program minds of Fox viewers.

It seems to me that our answer is to get better organized. The Republicans are well organized at the local state and federal levels. On any given day someone sends out the topic for discussion on talk shows and all the Republican hosts, like a choir of parrots, sing the same tune to their audiences, who are only too eager to absorb it.

In addition to becoming better organized, we need to blast the Republican lies with the truth. If we tell the truth frequently enough we will get some Republicans to believe it and program their minds with truth instead of false propaganda from Fox News. When enough people vote truth instead of lies we will likely get back the White house and Senate.

Thank you to community and supporters

The Board of Directors of Pioneer Territory CASA, Inc. would like to thank the community of Pahrump for the generosity we received on behalf of the children we serve surrounding our 2018 2nd Annual Telethon that was held Nov.1, at KPVM TV. As many of you are aware, I am new to the executive director position and I was totally overwhelmed by the kindness and generosity of not only our community, but from generous people from around the state. Our goal was to try and exceed last year’s pledges of a little over $10,000 and I am pleased to announce we exceeded that by over $5,000!

I would like to thank Vern and Ronda Van Winkle and the entire KPVM family for making this event successful. Also, thanks goes out to Lee McKenna at 101 Technologies, Inc. for donating business phones, service and long distance for our volunteers to be able to make and receive the calls for donations.

Thank you to all of our guest speakers on air who took their time to advocate on our behalf. A few of those were Judge Lane of the Fifth Judicial Court, Kristi Shafer of Division of Child and Family Services, Stacy Smith from NyE County Coalition, Salli Kerr from Nevada Outreach Training Association and our Executive State Director for Nevada CASA Association, Jane Jensen Saint.

Court Appointed Special Advocates (CASA) is a national program that recruits, trains and supervises volunteer advocates for children in foster care. If you are interested in becoming a volunteer, please call us at 775-505-2272 (CASA).

Again, thank you for your generosity and support!

A broken America is not a good thing

The picture of thousands of invaders trying to forcefully get into America is frightful. Especially to those living along the border with Mexico. For years, many have had their homes invaded, by much smaller groups than the present-day caravans.

Caravan of immigrants invading America is a new type of threat to this country.

The Liberals’ idea of an open-border policy is a sign of insanity. Especially now that Mexico has, as of Dec. 1, a new president, Andres Manuel Lopez Obrador. He has been quoted as saying during his campaign, “that immigrants must leave their towns and find a life in the United States.” Now some in the neighboring countries may be taking his advice.

Hopefully, that was just campaign bravado. We will soon find out!

Too bad our gutless Republican legislators, and their fellow Democrat/Abomination Party legislators, didn’t give the president enough money to build the wall.

The wall should be fifty feet thick and one hundred feet high, of reinforced concrete, down the center of the Rio Grande River, from the Gulf of Mexico to El Paso, Texas, and from there on the border line, all the way to the Pacific Ocean. If it can be done, America can do it!

A broken America cannot take on the rest of the world.