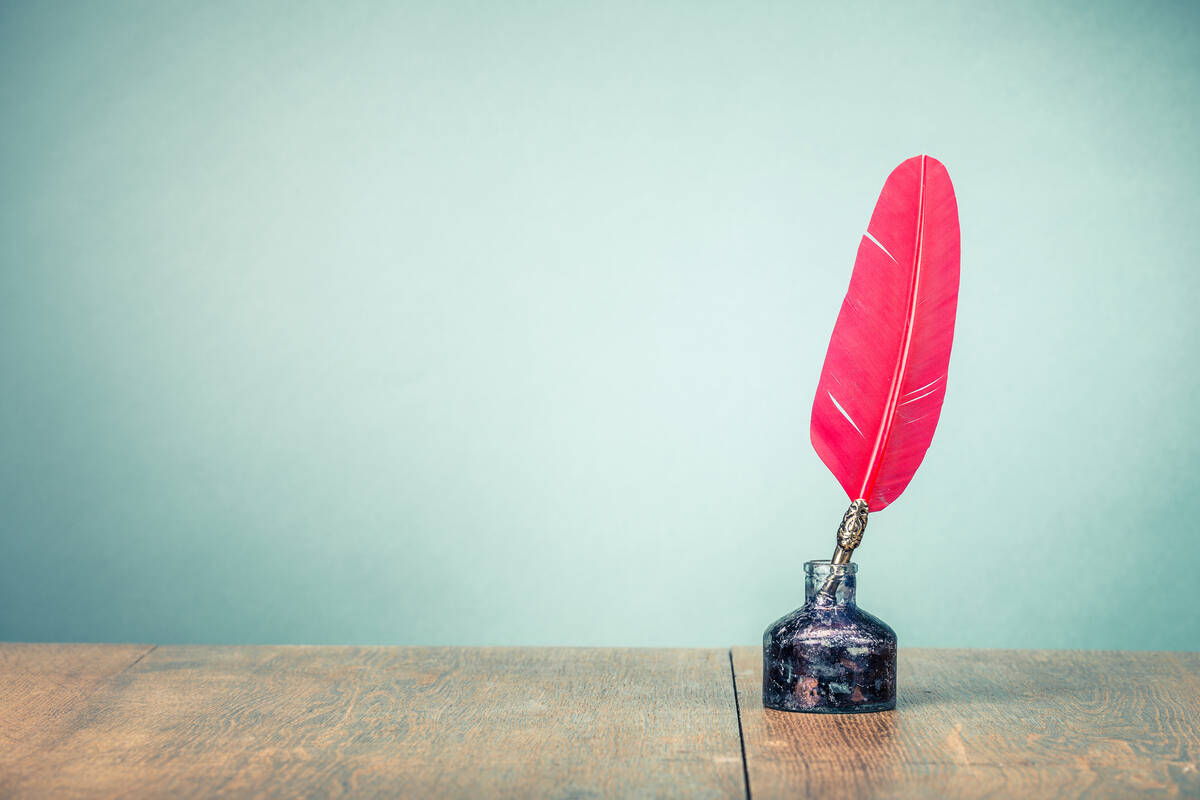 Getty Images Readers can submit Letters to the Editor directly to jmeehan@pvtimes.com or on the pvtimes.com website. Readers can also submit letters by mail to 1570 E state Route 372, Pahrump, NV 89048 (postage fees may apply).

School has started and people use these residential roads to walk. People and animals are in danger from these huge trucks, most of which are speeding! Obey the posted speed limits. These are NOT suggestions.

Police, please help stop this ongoing recklessness. Big fines, points on driver’s licenses, can and must be enforced.

Wake up Pahrump, so we can all enjoy our town and surrounding landscape. We can all make a difference.

By the way, this is not my first letter about this. I am tired but I will continue to write and complain until the problem is resolved.

The Constitution is still a very important document

Two documents of paramount importance to our country, the Declaration of Independence, which forged our identity; and the Constitution, which sets forth the framework for the federal government, that function to this day.

The U.S. Constitution is not an anachronism. Our lives today in 2021 are impacted daily by constitutional issues. It is supremely important that we remember our civic rights, responsibilities and duties, with a working knowledge of the liberties granted to everyone.

Copies of the Constitution can be found online as well as summaries of important points it makes. Everyone, young and old, should read it and, more importantly, remember it and reflect on it. If this does not happen now, we are lost as a nation.

No person or group has the authority to deprive Americans of constitutional rights. Thomas Jefferson said, “Enlighten the people and tyranny and oppression will vanish like evil spirits in the dawn of day.”

Will the electronic cacophony of our age drown out these thoughts?

Reader wants freedom and to be American, not to see socialism in the country

I am sorry, why are we the people being punished? We are being forced to vaccinate, show proof, wear masks, while all the people being imported to our state don’t have to take the shot and have COVID-19.

What is wrong with our government! Are they expecting that we are going to re-elect them in 2022?

Presently, all they do is try to raise our taxes along with the taxes the federal government wants to charge us. I don’t care to be a socialist or a communist, I want freedom and to be American. Thank you.

World is a much more dangerous place than it was

At least he’s not Trump right? He certainly isn’t! I’ve heard many contort, justify, conflate, and or ignore areas of the handling of our exit from Afghanistan, and the way most of the rest of the world saw it, a massive betrayal and debacle. Our president blindsided our allies and emboldened our adversaries and enemies.

For the first time in history, Great Britain’s House of Commons and House of Lords have admonished an American president and it’s not 1792. They, along with other allies, have stated they don’t intend to have any joint operations with the U.S. while the present administration is in power.

The European Union is having very serious thoughts of a “European Military Force” and ending NATO. There are other places around the world like Taiwan, eastern European, Middle East, and western Asian countries that fear emboldened aggression by Russia, China, and Iran, seeing the weakness of the U.S. Afghanistan itself is not a power player today but thanks to the acquisition of about $85 billion in U.S. state-of-the-art weapons and other military equipment, they are in a stronger position to fend off any opposition they may have there.

The reality is, the world for us and others is a much more dangerous place than it was even a month ago. For taking “full responsibility” it seems this administration finds ways to at least insinuate it is mostly the fault of others, from Afghans that won’t fight, or was ‘bound’ by the “deal of the previous administration” (which is strange after dissolving nearly every deal that administration made from the start).

Anyone who cares to find out that deal knows it was very “conditional”, and does anyone really believe Trump would stand by and allow himself and the USA to be totally humiliated like it was? The contortions, misstating of facts and outright lies, are continuing by many that are in positions of power and are being repeated by those in influential information positions.

Like at the beginning of this evacuation, there were 10,000 to 15,000 U.S. citizens all over Afghanistan. On Aug. 28, the State Department said they rescued about 6,000. On Aug. 30 that same State Department said there are only about 200 U.S. citizens left there. Most second graders would wonder what happened to the other 3,800 to 8,800 people, but maybe some “journalists” weren’t very good at math.

If there ever was a need for an investigation at the highest levels of government, I’d sure like to hear the reason there shouldn’t be one!

Letter writer taken to task for comments in recent PVT

Jim, Jim, Jim! Could you just once be honest in your obtuse and ho-hum writings? It is patently clear that you spread fake news anytime your fingers are near a keyboard.

Once again, though omission, you lie about “teenagers possessing guns” being a serious problem that we need to deal with. The “fact” (look the word up, Jim) is that it is already a crime for anyone under the age of 18 to possess a firearm or for anyone to provide a firearm to same. What more laws are needed if it is already illegal for teenagers to possess firearms? Perhaps “enforcement” (look the word up, Jim) is all that is needed, but with you and your ilk so bent on defunding law enforcement, I guess that is not an option. And to further clarify before you spread more fake news, in Nevada all sales of firearms, even private, require the purchaser to undergo a background check, so that loophole is closed.

In regard to your comments about “flipping burger” and “chicken plucking” jobs, I must admit that I am not an expert but I can offer my experience – I actually worked on a chicken farm in 1968 plucking feathers and that job wasn’t to support a family. It was, looking back, an experience that taught me to get to work on time, work with others, and take responsibility for my work. I believe many of these jobs today, as then, are filled more by young people just starting out in the workforce than those trying to support a family. I get the feeling from your glib description that such jobs are below your stature.

I do have to backtrack my opening comment about you Jim – that you always spread fake news. Your comment that Biden has years of government experience is spot on! Unfortunately for those of us who pay taxes, it just means he is most adept (even with his creeping senility) in creating more government waste at taxpayer expense while circumventing the tenets of the Constitution.

Finally, bashing truck drivers because the diners along the highways tune into Fox News is about the dumbest thing you’ve written. CNN blares from almost every airport TV which probably reaches more people that those frequenting truck stop diners, but you failed to mention that or whatever idiotic connection it means in your convoluted world. Truth is, choosing to watch Fox News or mainstream media spewing America-hating rhetoric is a choice. We know what yours is.

Seems like there is an increase in insurance scams

I am just wondering if anyone else is perturbed with all of this insurance crap that is every news media (internet, phone, TV and all.) I was paying insurance on my auto at the rate of $58 a month before the last election. Shortly after the election my rates were doubled. Why? I know that the insurance companies have to go through the Nevada state government to raise the rates. Not saying that the party that is in control currently are receiving large donations from the insurance industry, but it does make a body wonder.

On TV they are advertising that I can get $148 back on my Social Security account if I call them. Please let me know if anyone you know has received this payment! Jimmy “JJ” Walker says it is “free.” When was the last time you got something for nothing? These people I feel wouldn’t even make good car salesmen – you know, the ones that say they have to check with their manager on that offer.

I think these are only gimmicks to get you online so they can talk some poor senior into a policy that they will receive compensation if they just put their name on the dotted line. You know that for every dollar that you give them they get a percentage. The insurance lobby, along with the banking lobby in D.C. is the most powerful lobby there is. I see no reason these banking people get up to a 27 percent interest rate for use of their credit card. Follow the money trail, folks.

Maybe it is time to move to eliminate, by any means possible, D.C. and relocate it to the center of the U.S. – maybe Wichita, Kansas. Just saying …..