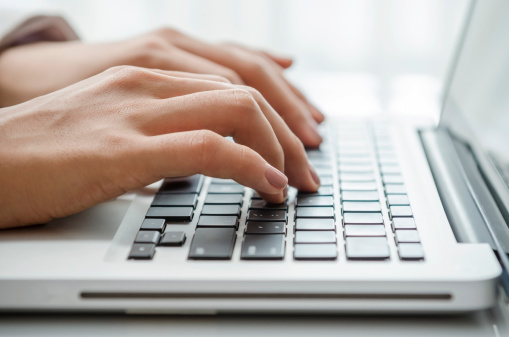 Thinkstock More letters to the editor of the Pahrump Valley Times can be seen at pvtimes.com

Questions we ought to be asking ourselves

Observe the progress of a child. When born, a child’s mind is completely ego and as a child grows, its ego gives way to curiosity and a child uses the word “why” to satisfy its desire to “know.”

Cultural instruments stifle the word “why” as a means to turn people into acceptors and followers trained to not ask questions. Information providers such as alphabet electronic news outlets and certain newspapers, movies, religions, labor unions and political parties, are all geared to create acceptors or followers.

We must collectively break the invisible chains holding our minds captive and begin asking “why.”

For example, why was over $9 million spent creating false information during the last election? Why is the Department of Defense unable to account for several trillion dollars of expenditures? Why was the Senior Executive Service created within the federal government apart from civil service regulations and who oversees this cadre of specialist? This new service was authorized to hire thousands of people without being subjected to background or security evaluations.

Why has the mainstream media (MSN) never reported on activities of Deep State bent on subverting our nation’s Constitution? Why was 20 percent of our nation’s uranium supply sold to Russia? Why has the CIA been allowed to import opium into this country? Why has human trafficking been allowed to flourish within our nation? Why have our nation’s justice department and law enforcement agencies become political pawns? Why have national congressional members of both political parties been selling our nation to the highest bidder? Why is our nation required to import steel and other materials to build national defense equipment?

These are only a few questions we voters must step up to and demand answers. Members of both political parties must put the future of our nation above party loyalty because we are being hoodwinked. Root out elected officials willing to destroy our Constitution. Don’t be acceptors, be informed voters and cast your votes for the nation, not your political party.

Plain and simple, tax cuts are working and helping the economy in ways that Nevadans have never seen before. They are bringing new life to our state’s business owners, who now have more resources with which to reward their employees.

Ranging from bonuses to wage increases, more than four million U.S. workers have already seen the benefits of tax cuts. House Minority Leader Nancy Pelosi (D-CA) infamously called the Tax Cuts and Jobs Act “the worst bill in the history of the United States Congress.” I guess she forgot about Obamacare and “Cash for Clunkers.” Either of those are far more deserving of the “worst bill ever” title. The reality is that the Republican tax cuts are helping Americans, Nevadans, and businesses more than anything Nancy and Chuck ever proposed.

A great, big thank you to Todd and Sue Bales, coming from Tennessee and helping with the baker to Las Vegas run. Also Barb, Daisy, Tim, Wanda, Larry, Rick Sr., Rick Jr., Bill, Barry, and our great announcer, Alberto. A great job by all. As usual, it was a great success. The first runner came in at 4 p.m. and the last at 12:20 a.m.

This was my 27th year being a part of this, and my last. Since the ending of last year’s race I’ve asked if anyone would like to take this over and have gotten no response. I spoke to Chris at the Chamber of Commerce and he said he would try and find a replacement for the Moose Lodge. He is working on this as we would like to see this continue. It is a great source of income for our town.

If anyone would like to take over this great event, please contact Chris at the Chamber of Commerce at 775-727-5800.

Thank you, Pahrump for supporting this, and all our law enforcement personnel who worked so diligently over this past year to make this happen. A special thank you to John and Check for their never-ending advice and support.