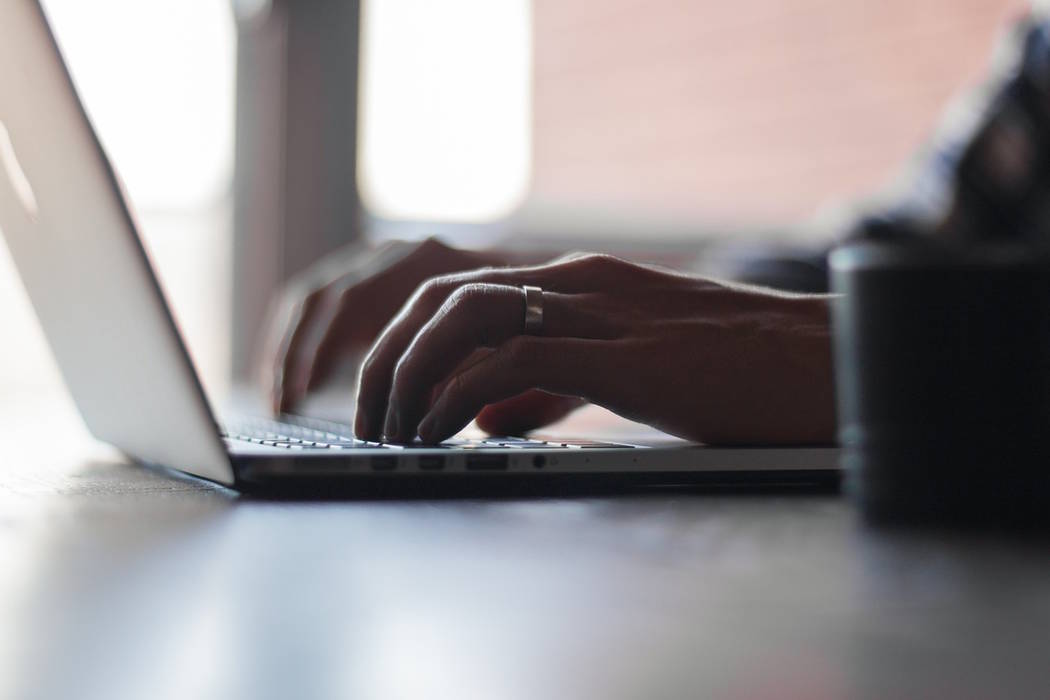 Thinkstock Read more letters to the editor at pvtimes.com

Resident helping to clean up Pahrump

This is in response to recent letters to the editor concerning trash. Now, we all know there is a trash problem in here in Pahrump. There are many contributing factors causing it. Trash lines our roads, properties, and is scattered throughout our beautiful desert.

So who do we blame for all this trash? It’s always someone else’s problem and responsibility, right? Wrong! My philosophy is if you want change, then BE THE CHANGE!

Therefore, a few months ago I created a Facebook group called “Clean UP Pahrump”.

Every week I post ahead of time where we will be, map out a location, and spend one hour picking up trash, ranging from empty boxes to dirty diapers and used sanitary products. I personally find this trash not only disgusting but a public health hazard. However, I refuse to simply complain. Complaining never solved anything, it simply adds to the problem.

Unfortunately, I will be having surgery later this month and I will be out of commission until late July. However, through my recent efforts, I have met some wonderful folks who share my sentiments and want to make a positive change for our community of Pahrump. They will continue with the one-hour weekly trash pick-up initiative.

I would greatly encourage folks to join our efforts, spare one hour a week, and do something good for our community. If we all do a little we can get a lot done! Please consider joining our Facebook group and help “Clean UP Pahrump.”

Pahrump should not eliminate brothels

Although I have never been to a brothel, I have nothing against them. The world’s oldest profession is something you are not going to stop so why not control it. It boils down to making a choice between a brothel where the ladies are checked and monitored with some of the monies received coming to the county as opposed to streetwalkers spreading disease and the pimps taking all the money out of the county.

If you think for one minute that the elimination of the brothels is going to eliminate prostitution, you are dead wrong.

Yes, just like Las Vegas, we will have streetwalkers with the absence of brothels. We are far better off having the ladies in a place that is off the streets and protected than we are with streetwalkers that are subject to harm.

So think it through, folks. Your choice is BROTHELS or STREETWALKERS. I know how I’m going to vote.

Increase in STDs could be a side effect

If anyone who gets the Pahrump Valley Times gets and reads the Review-Journal, maybe they read the newspaper dated May 16, “Health officials in California appalled by big spike in STDs”, (sexually-transmitted diseases).

So the people who want brothels eliminated don’t mind having themselves or their offspring getting these terrible diseases from casual sex or from pimped call girls? The movement to eliminate brothels is ill-advised and medically very dangerous.

More than 300,000 cases of STDs were reported in California per the R-J article, whose info was gathered by the California Department of Public Health. Knowing government agencies, anything derogatory will be under-counted, so it is really anybody’s guess about the actual numbers.

It’s incredible anyone would want those numbers here in Nye and other health-inspected brothel counties.

Are the people promoting the demise of legal health-inspected brothels doctors looking for more business, or pimps looking for the same, or maybe just do-gooders who don’t want our young to suffer as maybe they have? Who really knows?

Remember voters, it WILL happen here if the brothels are no longer legal.

My wife and I attended a presentation at the Nugget, given by the U.S. Dept. of Agriculture. Chris Brooks and I discussed solar power, battery backup, tied to determine the proper size of the system. We were then directed to the desk where the USDA would determine the size of the grant we would receive. Yeah, right. We did not qualify. Only those folks on welfare, or illegal immigrants would get grants.

I kid you not, I kept that pamphlet for years, and got more bitter each time I read it. I pointed out that I paid into the system all of my working life, as money was siphoned from my paycheck each week. It would be nice to see some of that money come back to folks that worked and paid for the system, instead of giving money to those that have produced nothing for the economic wealth of this nation.

Even more offensive is the distribution of our taxes to those that hate our guts. It is impossible to offend a public servant. Solar power is so expensive, and dirty, from the time the minerals are mined until the time they have traveled the world, been modified, cooked and washed many times, then sent out to be installed. The only way to get the public to accept solar power is to subsidize the costs, and place the burden on every taxpayer. Sounds like socialism to me. It is still cheaper to generate power from diesel generators as opposed to solar power. In areas of Nevada that do not have commercial power, it is more cost-effective to use diesel, as opposed to long distribution systems (think REA), or the huge costs of solar that only produce during daylight hours.

We build plants, subsidized, to manufacture items required to produce solar power electricity. U.S. taxpayers’ monies are dropped into the plants, that never produce one item, then are sold to the Chinese for milles on the dollar.

Whatever happened to Harry’s grand plan for Chinese solar cells in the Laughlin Valley, to replace the coal-fired plant that was operating, and producing inexpensive energy? It was shut down because Harry had other plans. It just never stops. Can anyone conceive of the prosperity and wealth that we would have in these United States, if our politicians practiced common-sense money management, as Trump has tried to do? The streets would be paved with gold.

Delirium may be a part of political arena

You don’t hear the term so much anymore, but back in the day, recovery from alcohol-induced psychosis was often referred to as the “DTs” or delirium tremens. You’ll find the definition in the Oxford Illustrated American Dictionary. How curious that those letters have assumed a broader application these days, dominating as they do, the center of America’s political arena.

When looked at collectively, a tendency to swagger, frequent unsupported accusations, denial of reality, and as some have noted, an attitude of being above the law, it may not be much of a stretch to think of such behavior as a kind of delirium.

Even if you believe that more often than not, media broadcasts contain fake news, we continue to hear that members of Congress, current and former government leaders, and some longtime allies of the United States are concerned by what they view as a disturbing appearance of instability in our executive branch.

All of which brings me to a recent interview aired on the CNN program GPS, where former Secretary of State Madeline Albright provided an overview of her new book, “FASCISM – A Warning”. This publication was released on April 10, 2018, and is described as “a personal and urgent examination of fascism in the 20th century, and how its legacy shapes today’s world.”

I’m looking forward to reading Secretary Albright’s composition that I suspect will offer insight, not only into the past, but also provide a clearer picture of how delirium, in whatever form it may take, can impact our future.

I suggest we all stay tuned because there is definitely more to come.

Interventions can be the difference between life and death for a drug addict or an alcoholic. Not every person in need of rehabilitation readily accepts the opportunity to get clean and handle the issues that drove them to addiction. An intervention is an extremely helpful tool for families who are dealing with a loved one who is completely against getting help and resists the idea of going to treatment.

Some families believe if an addict or alcoholic isn’t willing to get help on their own, there is no way to convince them. However, in most cases, an addict does not want to be an addict but the desire to stop using is masked by fear of coming off of the drug and confronting the problems that have ensued with their addiction.

Another interesting fact is that if an addict or alcoholic believes they can continue to drink alcohol or use drugs successfully, without any type of consequences for their behavior, they will continue to do so because the harmful effects on their family and their own life caused by their addiction are still less powerful than the grasp the addiction has on them.

For more information on interventions, go to www.narconon-suncoast.org/blog/thepower-of-an-intervention. If you are in need of a referral to a treatment center, call us at 1-877-841-5509.