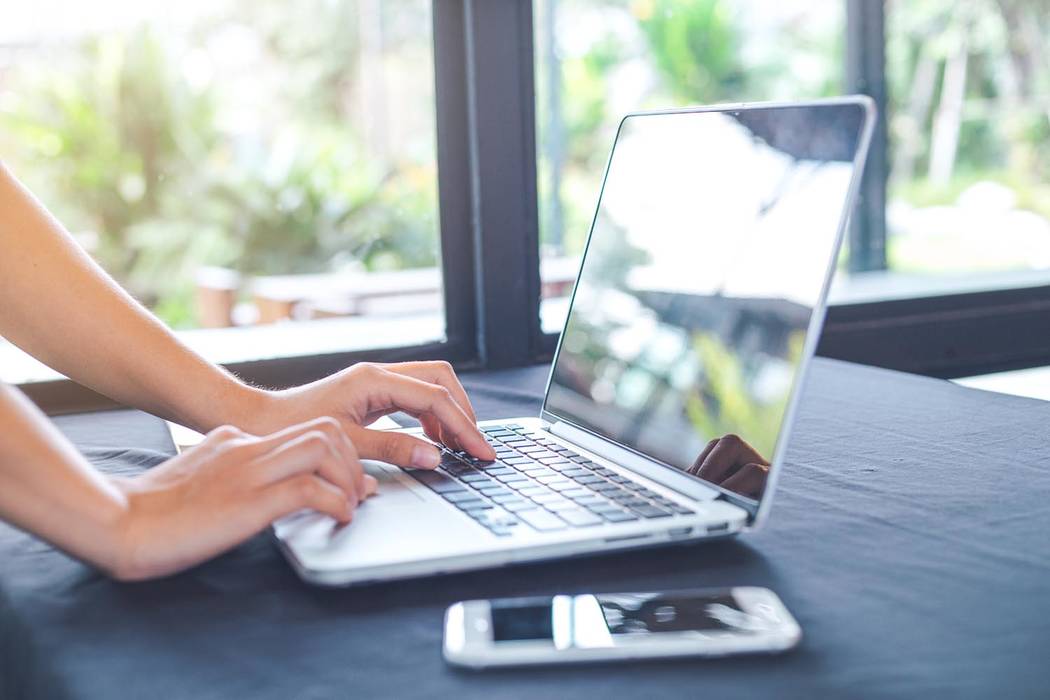 In “It’s always good to check your facts, not just agree,” a letter submitted by CJ Stevens, Feb. 14, we know what side of the fence CJ Stevens comes down on so I won’t argue political details, that’s a waste of time. But I do find it rather comical that CJ denigrates people who get their news from sources other than Google. You know, Google, that company that is already involved in ways to manipulate the November votes but of course has absolutely zero far-left-wing bias. CJ uses the phrase, “Google it,” four times in the letter, as if to footnote the various points, inferring that Google would make them more accurate.

I would suggest that CJ tune into the occasional business channel, pick up a financial newsletter or business magazine occasionally. You can actually read Investor’s Business Daily online, CJ. You might get an entirely different perspective than Google’s.

Here’s one more thing: you write, “sanctuary cities … do not let murderers and rapists go free.” You must’ve Googled this. No wonder you’re wrong. Did you know that Kate Steinle was murdered by an illegal who was a previously-convicted felon that had been released? Read the text of the New Way Forward Act, a bill that is currently proposed in the House by Jesus Garcia, an Illinois representative and self-proclaimed socialist. Don’t Google it, CJ, go to the House website and enter H.R. 5383 and actually read the text of the bill. You will learn what the liberals hope to establish in terms of letting rapists and murderers re-enter and run free in our country.

You might also give some attention to a website found by putting “Trump Visits the Wall” in the search window for some accurate, factual, engineering information regarding the wall. In this report, you can actually see the engineers’ and scientists’ mouths moving and hear the words coming out. (Google was not in attendance.)

Notice, CJ, that I did not mention FOX News once as a source, although if I had, my arguments would be every bit as legitimate (maybe more so) as your “Google it.”

A president should display maturity and judgment

It’s been reported that House and Senate members are working on legislation to ensure Congress is kept informed about military deployments that have the potential to escalate into a major conflict. President Trump opposes this initiative and tweeted that a war powers resolution would undermine his authority as commander-in-chief. He also said it would show “weakness” to Iran or other adversaries.

That view is way out of sync. Keeping Congress informed is of course a presidential duty. And how that is accomplished is a matter of concern. There are protocols for handling communications between the White House and other government offices. At the very least, tweeting whatever crosses his mind is an unprofessional manner of expression for an American president. But with this incumbent we’ve come to expect nothing more.

Folks, playtime is almost over. Our government and our people will continue to be confronted by challenges that place huge demands on the maturity and judgment of any future president. America must have a leader whose character, commitment and depth of understanding can avoid wasting time and resources on trivial, or less that essential matters. We require a leader who will ensure proper focus on national security, effectively managing the economy, benefiting rather than dividing or marginalizing our citizens, and one who is able to administer foreign policy that can restore confidence among traditional allies.

It is true that whenever plans, programs or people, are no longer deemed effective, change may be necessary. Certainly, Donald Trump has shown no reluctance to discard anything or anyone who doesn’t suit his purpose. American voters ought to apply that same rule of thumb in every election cycle, from local to federal. Doing so can bring about change whenever it’s needed. And the D.C. swamp? Yes, even that could be drained in practically no time at all.

Why a ‘Convention of States’ is needed very soon

Are you concerned with waste, fraud, abuse, mismanagement and overspending by our federal politicians and our estimated 400 unelected and unaccountable federal agencies and their close to three million employees, many of whom are responsible for our crushing debt exceeding $23 trillion with no repayment plan in sight?

A Convention of States, as outlined in Article 5 of our Constitution can meet if 34 states agree to do so. Through approved amendments to our Constitution, we the people can impose fiscal restraints on our federal government, limit its power, scope and jurisdiction, and enact term limits without federal interference.

Has your state agreed to meet? Not yet. You need to contact your state senator and representative and demand that they vote to meet.

It’s also time to gather all your eligible family, relatives and friends to register and/or vote in the 2020 elections.

Please also thank our veterans, police, ambulance personnel and firefighters for keeping us free, safe and alive. And remember, evil thrives where good does nothing.

Has anyone paid attention to the one thing all of the Democratic presidential candidates have in common? “Get rid of the Second Amendment” one way or another. Yet at least half of the candidates have armed bodyguards! It’s OK for them but not for us to have protection with us. For sure Bloomberg is doing his best to assure we are disarmed completely. To listen to the others, they are taking the same line, only in increments.

Why do you suppose they want to do this? Take a look at Cuba, Venezuela, North Korea, China and you can see no weapons for the public means no resistance to complete government control by a few. Any type of voting always gives those in charge 100% or so large a percentage it’s not disputable.

When any of the restrictions or confiscation of arms of American law-abiding citizens is empowered, only those who don’t follow the laws will be empowered because they will be the only ones armed and not afraid to use them.

To correct the problem is to go after the lawless and not the law-abiding or manufacturers. It was the No. 1 Bill of Rights but changed to No. 2 as protection for Amendment 1. Remember, tyranny comes from in house as well as from outside the country.

Elimination of any and all guns will not stop crime, only the elimination or incarceration of the lawless will. And this my friends will never ever happen with the present Democratic presidential candidates.

So think very carefully when voting in November, please.

How about some true facts from reliable sources

I don’t know where to start with so many talking out of only one side of their mouth. Let’s start with Karen Stone and her letter to the editor. She points out all the Bidens who made money off the government (still to be determined as most was legally earned) but doesn’t say a word about the millions and millions that Ivanka, Jared, Don Jr., and even Trump himself have made since Trump became president. There’s Jared’s company that has received $90 million in investments from Saudi Arabia since he’s been working on foreign policy in the Middle East. From the reputable Financial Times: “Would Kushner companies have avoided bankruptcy if its favored son were not in the White House? Would Ivanka Trump’s accessory line keep receiving trademark approvals in China were she not the “first daughter”? Likewise, would Saudi Arabia’s crown prince be acting with such impunity if he did not have a powerful White House cheerleader?” Next time don’t tell half the story.

Also, the current administration started out with the Obama economy that was on a big up-swing. This uphill trend was handed to Trump but now that three years of Trump have gone by the economy is starting to slow. From Fox Business last October: “A heap of bad economic data in the U.S. this week rekindled gnawing fears that a recession is looming and sent a plain sign to Wall Street: The record-long expansion is beginning to slow.” So, yes, it is an Obama economy that is falling because of Trump.

Which leads me to Jaronik’s letter about me, a woman, who tells you to Google things and is condemned by Jaronik, who claims doing that is “to the detriment of the nation….” He also claims that because of their use of algorithms and more, they can’t be trusted. But their algorithms cannot change government reports and documents; they can’t change laws and court rulings; they can’t change voting records and a whole plethora of facts to be found on government websites…by using Google to find those sites. But I’m sure Jaronik thinks he can get his facts from Fox News. So, David, try using research sources where you can find the true facts…Google to find the sources that show the facts, not the ones that say what you want to hear. And please don’t lie about what I write: I have never claimed Facebook can be trusted.

Let’s jump over to Barkley, who has decided to chime in on the Second Amendment. Last year our sheriff, Sharon Wehrly, made a public statement that she would not enforce the new gun background check bill. What does that tell our young adults? That they can just abide by the laws they like. If I get a ticket for speeding, according Wehrly, I should be able to ignore it because I don’t believe in that law. Are you guys crazy to think what she, our SHERIFF, can tell the people that they only have to obey certain laws? That’s dangerous no matter what political party you belong to. Also, Barkley, national polls (NPR and more) show between 73 and 83% of Americans want stricter background checks. So, Barkley, don’t say Americans don’t want stricter laws when they do. Again, Google it along with Jaronik.