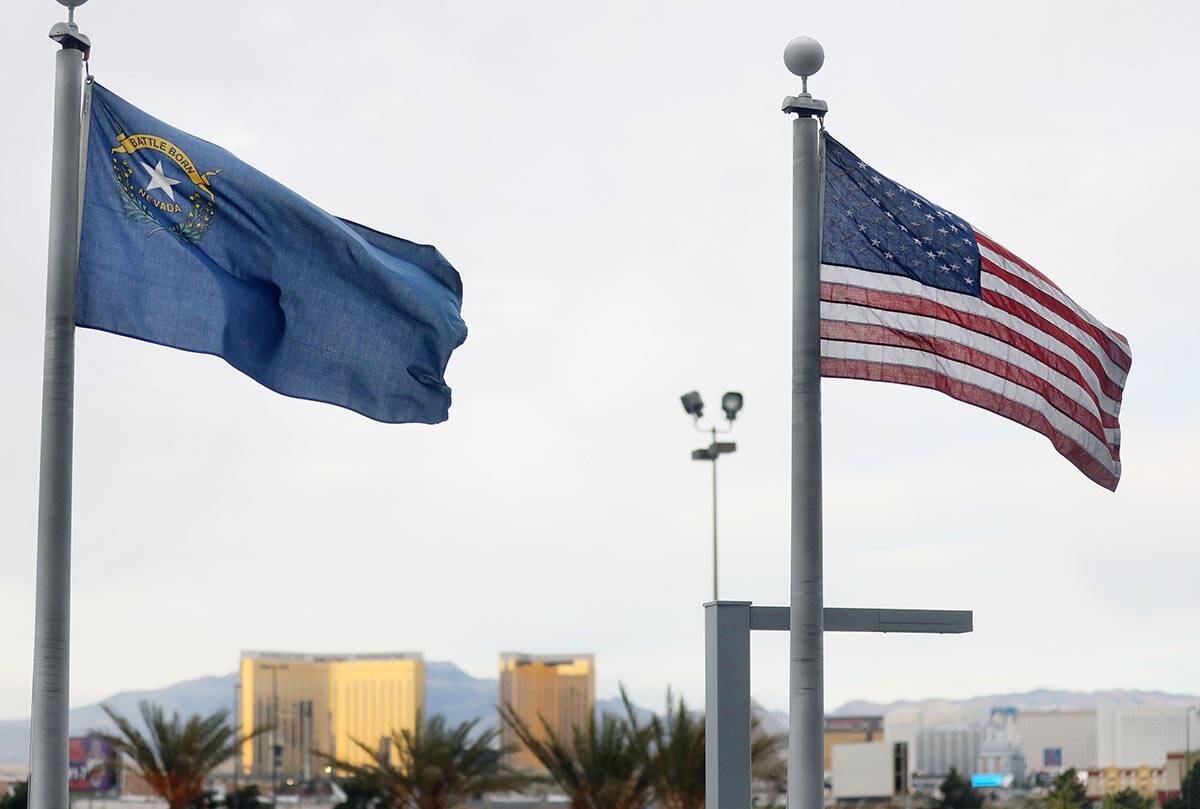 (Elizabeth Page Brumley/Las Vegas Review-Journal) @Elipagephoto/ When it comes to leaderships, the responsible people of this country want responsible, considered and coordinated action from those we elect and the courage to do what is right.

Our leaders have not learned history’s lessons in conflict and diplomacy.

They have misused our stature and strength as a nation, and they have squandered our military forces in misguided engagements.

The goal for these politicians has been, for the most part, self-aggrandizement in the form of control, keeping themselves and their party in power and doing all that is possible to discredit the opposition, even when good ideas come from outside their own ranks.

They emphasize the trivial, ignore the relevant and pander to any group-of-the-moment for votes.

They consider the citizens of this nation to be ignorant or unintelligent and offer pablum in their rhetoric in the media and on their websites and worthless form letters in any response to a concerned constituent. If I hear one more time the worn-out mantra that something is “good for all Amuuhhricans” — I think I will, again, to put it politely, regurgitate.

The citizens of this nation are fed up, and the current activism and intense interest in politics are the response to poor leadership. Many are also afraid that we are past the point where this nation can recover during their lifetimes, if ever.

The responsible people of this country want responsible, considered and coordinated action from those we elect and the courage to do what is right. In this money-fueled circus of another election year, we have received inane political ads, most with little substance. I am led to believe that we should vote for the candidate with the most money, media time, or with the slickest speech or image.

The last wedding I attended was celebrated in a 240-year-old church. It was a simple ceremony, yet elegant in substance, with the minister asking God’s blessing on the couple, and those in attendance joining in the invocation. Behind this church is a cemetery, where lie those who have lived through every period in our nation’s history, starting with the Revolutionary War.

They have lived through or fought in wars, lived through good times and bad, and for the most part they embodied the American spirit of freedom, optimism and reward for hard work.

For a few moments, as I thought about the young couple standing at the altar, and of their loving friends and relatives, as well as the indomitable spirit of those who lie behind the church, I again have hope that our nation can regain its posture and become what it should be.

Maybe we are not past the “tipping point.”

Maybe we can again count on our elected officials to muster the courage to work together to lead us in the right direction.

Maybe we can truly succeed once again… Maybe.

Jim Mutton is a resident of Pahrump and former local television personality.